Where is Gentleman Jack Filmed? 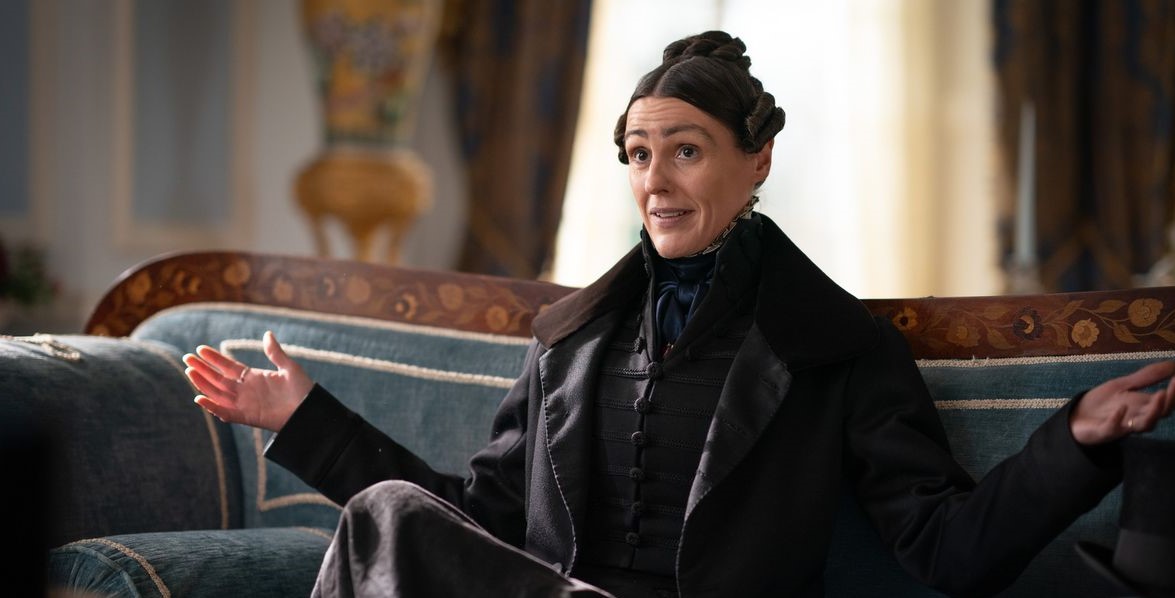 ‘Gentleman Jack’ is a historical drama series based on the personal diaries of Anne Lister, containing millions of words that are written mostly in secret code. Developed by Sally Wainwright, the narrative documents Lister’s lesbian relationship and several other personal aspects of her life. Set in the 1830s, it follows Anne Lister as she heads to Halifax, West Yorkshire, to restore her inherited estate.

Being a landowner is not the only new thing Anne experiences as she feels the sparks fly when she meets Ann Walker. This eventually blossoms into a dangerous romance. She records all the happenings in a diary in coded language so that nobody can peruse it. The historical backdrops of the early 19th century, coupled with the dramatic narrative, take the viewers back in time and leaves them curious about the locations that appear in the series. If you are one such viewer, you might be interested in what we have to share!

‘Gentleman Jack’ is mostly filmed on location, in and around the historical county of Yorkshire, England, and a few other places in Europe, specifically Denmark and Germany. To make the drama series seem more authentic, the production team, for the most part, uses the actual locations where the narrative is set. The principal photography for the inaugural season commenced in May 2018 and wrapped up in November 2018.

As for the sophomore season, filming was hindered quite a few times due to the COVID-19 pandemic. Therefore, production for the second round began in October 2020 and concluded in October 2021. Now, allow us to take you to the specific locations that feature in the period drama series!

To tape several pivotal sequences, the production team sets up camp in the city of York in northeast England. The interior shots of Vere Cameron’s home are filmed in Fairfax House, located in Castlegate. As for the scene where Anne and Ann take communion together, it is lensed in the Holy Trinity Church situated at Goodramgate.

The cast and crew members of ‘Gentleman Jack’ were also spotted filming a few scenes in and around York Minster in November 2018. Specifically, Precentor’s Court located near York Minster, serves as a backdrop for the final scenes of the first season. In addition, National Trust – Treasurer’s House in Minster Yard features as a lodging house in some sequences. Moreover, the street of Duncombe Place in the city center of York and Grays Court, located at Chapter House Street, serve as important filming sites for the show.

For filming purposes, the production team of the drama series traveled across North Yorkshire. Several halls and estates serve as prominent production locations, including Langton Hall in Malton. In addition, Newby Hall, located in the parish of Skelton-on-Ure, doubles as the house of Lord and Lady Stuart, whereas The Broughton Hall Estate in Skipton stands in for the Black Swan Inn. The sequences involving Ann Walker’s home are filmed in Sutton Park, which is located on Main Street in Sutton-on-the-Forest. At the same time, Rievaulx Abbey in Rievaulx was used to film an important scene in the second season.

The production team of the historical series spends a considerable amount of time filming in West Yorkshire as many prominent production sites are situated in this English metropolitan county. Since the show is set in Halifax, especially in Anne Lister’s home Shibden Hall, most of the sequences are shot in and around Halifax, with several scenes taped in the real Shibden Hall itself. The historical Hall is located on Lister’s Road.

At the premiere of the debut season, Suranne Jones (Anne Lister) did not hide her excitement about filming the series on location. She said, “It still blows my mind when I say that we filmed at Shibden…When I’m walking in Anne Lister’s footsteps, I am literally walking into her house, up her stairs, eating in her dining room, doing business deals where she did business deals, surveying the same land, and walking where she walked.” Since many rooms in the property are not large enough to carry out filming, some of the scenes are also taped in purpose-built sets.

There are various other locations in Halifax that appear throughout the series. Wainhouse Tower – located at 9 Wakefield Gate – is the place that appears in the opening sequence of the first season. In addition, Shibden Park, Bare Head Tunnel, Rawson Street, Green Lane, Paddock Lane, and Halifax Town Center, are all used as backdrops to tape several exterior shots for the drama show.

Park Square in Leeds, Salts Mill located in Victoria Road, and Little Germany situated in Bradford serve as filming locations for various street scenes. Several exterior shots are lensed in different locations across the county, including Nutter Lane in Birstall, Lawrence Batley Theatre on Queen Street, and Temple Newsam. Sequences involving the Rawsons Bank as well as a 19th-century market are filmed in the town of Huddersfield. On the other hand, Bramham Park in Wetherby doubles as the exterior of the Skelfer House.

Moreover, several exterior shots are taped at Lord Nelson Inn in Luddenden appears as Stags Head Inn. In contrast, the Fleece Inn, located on Westgate in Elland, is used to shoot the interior sequences of the Stags Head Inn. The scenes that are set in a solicitor’s office are filmed in the Oakwell Hall and Oakwell County Park, located on Nova Lane in Birstall. A wedding scene in season 1 was filmed in St. Peter’s Church in Sowerby Bridge. Haugh End Lane – also situated in Sowerby Bridge – serves as the set for Holts Pit, a colliery owned by the Listers.

In season 1, Thomas Snowden proposes to Suzannah Washington in Southolm Farm. This was recorded at the Harewood Estate in Leeds. In addition, the village of Ripponden is used to film scenes that are set in Scotland, particularly the area close to Coal Gate Road. Moreover, pivotal sequences are filmed in Wentworth Woodhouse, Rotherham, which is located just south of West Yorkshire.

The cast and crew even traveled to Denmark for filming purposes. The few locations that serve as production sites for this series are the Copenhagen City Hall located at Rådhuspladsen 1 and Gavnø Castle, which is on a small island in the municipality of Næstved. Some of you may recognize the royal chambers of the castle in a few scenes.

A few sequences have also been shot in Germany. The scene where Anne voices her disappointment with a 25-meter water cascade was shot at the Hercules Monument in the city of Kassel. The historical landmark is situated at Schlosspark 28 in Bergpark Wilhelmshöhe.