Where is Glow Up Season 3 Winner Sophie Baverstock Now? 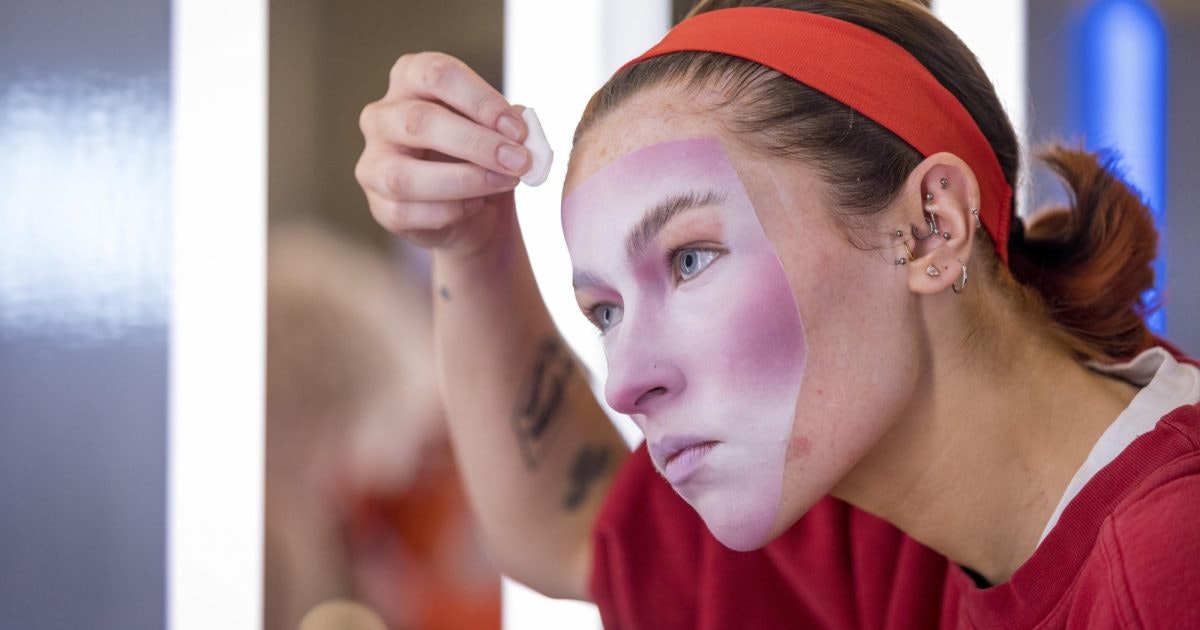 Netflix’s ‘Glow Up: Britain’s Next Make-Up Star,’ alternatively known as ‘Glow Up,’ is a captivating competition series wherein ten make-up artists (MUAs) strive to prove their worth in the industry. Over eight weeks, they face off against each other in a set of tricky challenges to showcase their skills and impress industry bigwigs like Dominic Skinner and Val Garland. In the end, the crowned winner gets to walk away with experience under their belt and a contract to expand their wings as a professional artist. Thus, let’s find out how the champion of season 3, Sophie Baverstock, is faring today, shall we?

Who is Sophie Baverstock?

Even though Sophie Baverstock had been diagnosed with autism at the age of 17, she always knew that she was a little different. From falling in love with horror, sci-fi, and all things considered “strange” and gruesome at an early age to desperately wanting to be a part of it, she understood that she was on an unusual path. So, when Sophie discovered make-up and learned about what it could do, she realized that she’d found her calling.

The freedom of expression and the creative artistry involved made her pursue it as an area of study and profession, helping her land a spot on ‘Glow Up.’ From the beginning, with her unique masking look to represent autism and her experience with the same, Sophie classified herself as the one to watch out for.

This fact only got re-emphasized as weeks passed, especially when she pulled out all the stops and used prosthetics in weeks 5 and 6. In the finale, Sophie defeated her phobia of public speaking to gain a one-on-one guidance conversation with Emmy-nominated make-up guru Brian Kinney. Then, she upgraded her initial look and added small crystals and lavender to earn a spot in the ultimate face-off and emerge as the winner.

Where is Sophie Baverstock Now?

Following Sophie Baverstock’s journey on the show, where she openly spoke about neurotypical behavior for the first time in her life, the Suffolk native stated that she’s glad to have opened up. “I got such a good response,” she told BBC. “And it was so overwhelming, in a good way. There were so many young girls who messaged me saying they now understand themselves a bit better, and a few people got diagnoses since seeing me on the show. People with autism are still quite a hidden group in society.” So now, Sophie is using her “gift” of being on the spectrum to expand her career and knowledge.

At the age of 22, Sophie just graduated from Arts University Bournemouth with a specialized degree in Make-up for Media and Performance. Hence, today, she continues to take up every possible opportunity that comes her way in the hopes of fulfilling her ultimate dream of getting to work behind the scenes for television shows and movies in the world of entertainment. From her Instagram and TikTok accounts, it’s evident that Sophie will let no one and nothing stop her now. The fact that she’s only beginning her professional career is even more astounding, and we, for one, can’t wait to see what she’ll do next.

Read More: Is Glow Up: Next Make-Up Star Scripted?