Where is Golfer Greg Norman Now?

ESPN’s documentary TV series ’30 for 30′ features some of the biggest sports legends from various arenas and highlights the biggest moments of their professional careers. Titled ‘Shark,’ season 4 episode 1 chronicles the life of celebrated Australian golfer Greg Norman, popularly called the “Great White Shark.” He has won more than 90 worldwide tournaments, including two Open Championships, and held the World No. 1 title for 331 weeks back in the day. Not just that, Greg has won several prestigious awards and was inducted into the World Golf Hall of Fame in 2001. Let’s find out more about the accomplished golfer’s latest achievements, shall we?

Greg Norman never formally announced his retirement but reduced playing the circuit at the age of 48, following two consecutive knee surgeries in October 2005 and February 2006. As per reports, the last he played a Professional Golfers’ Association of America (PGA) tournament was most likely in 2012. Moreover, he refused to participate in the Senior Champions Tour around 2015, wishing to focus more on his diverse business ventures. Apart from his illustrious innings as a professional golfer, Greg owns and operates numerous business enterprises as the CEO and Chairman of the Greg Norman Company. 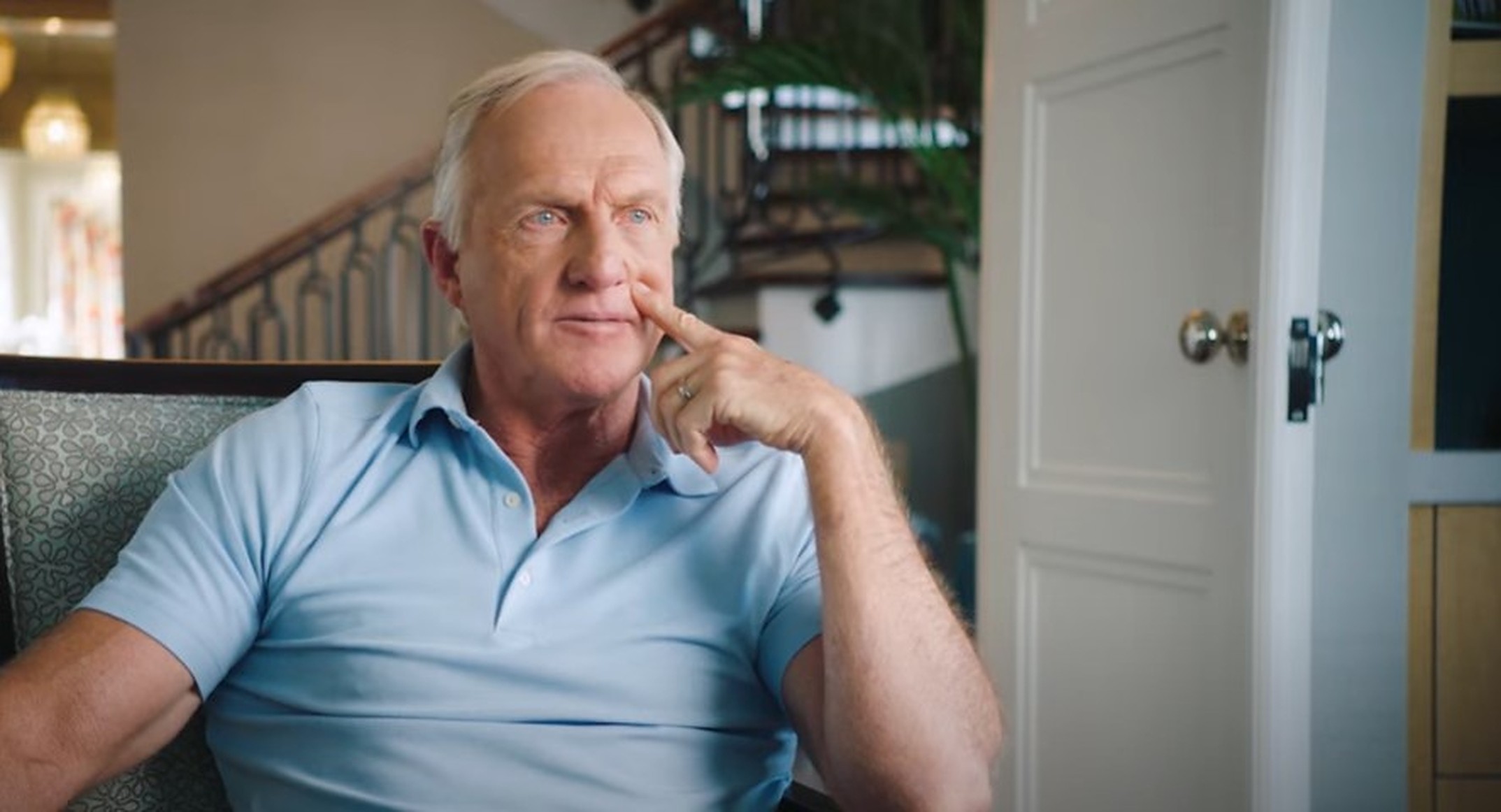 Initially called the Great White Shark Enterprises, the company was founded in 1993 and includes a vast portfolio of companies dealing in apparel, golf course design, real estate, wine production, interior design, and private equity. In 1991, Greg created his signature shark logo, licensed by Reebok, and started his clothing line with it the next year. In addition, he has helped design more than 100 golf courses globally and launched a touchscreen-enabled golf cart in 2017, called the Shark Experience.

Greg also owns an eyewear line, a steak and beef products line, as well as the Greg Norman Australian Grille, a fine-dining restaurant in North Myrtle Beach, South Carolina. Not just that, he and his son co-own two wakeboarding complexes under the Shark Wake Park franchise, and his daughter Morgan manages the wine production. Apart from its own ventures, the Greg Norman Company has several partnerships and investments with companies like Alchemy Global, Qantas, Cobra Golf, and OMEGA.

Where is Greg Norman Now?

In 1993-94, Greg proposed the idea for a World Golf Tour, that drafted the biggest players for high money and small-field events in both circuits. However, the PGA rejected his plans, resulting in the creation of the new league being put on hold. In an interview, he spoke about the strict restrictions of the PGA and said, “It still frustrated me to death why, as an independent contractor, I couldn’t get out there and expand on my true market value that I truly believe I had…Same with all the other players.”

Thus, in 2021, Greg decided to step down from his duties at the Greg Norman Company to pursue this goal full-time. He shared about this major decision in another interview and stated, “That was a big, big decision because that’s how much I believe in this. That’s how much I believe in the people who have been behind this to get it to a point where we are now taking it and to a point where we will be live and have the first ball in the air in the [spring] of next year.”

The iconic golfer further announced his involvement with Liv Golf Investments, which invests in different golf ventures and has committed a nine-sum figure to help the Asian Tour hold an additional ten events over the next decade. LIV Golf Investments is backed by Saudi Arabia’s sovereign wealth fund called the PIF. Currently, Greg is busy recruiting players for a major event to be held in June 2022.

In 2021, he became the lead analyst for the play-by-play broadcasts of golf tournaments for SiriusXM. Other than work, Greg emerged victorious from a battle with Covid-19 in 2020. He lives with his wife Kirsten and pet dog in Hobe Sound, Florida, and travels back and forth from Australia for his professional commitments. He also loves spending time with his parents, two children, and grandchildren.