Where is Holmes Family Effect Filmed?

Hosted by Mike Holmes along with Sherry Holmes and Mike Holmes Jr., ‘Holmes Family Effect’ is a reality television series that features Mr. Holmes and his clients, who are seeking his renovation and redesign services. As the show revolves around working spaces that need refurbishment, the shooting for ‘Holmes Family Effect’ is usually done in those locations only. If you are interested to know where it is filmed, you don’t need to look further for we have got you covered.

‘Holmes Family Effect’ is filmed in British Columbia and Ontario. While the former is a sought-after shooting location because of its picturesque natural sites, the latter attracts millions of international tourists every year, thanks to its border towns like Cornwall, Niagara Falls, Windsor, and Sarnia. Although the show is filmed in these two provinces, we were curious to find out the exact filming locations. Therefore, we investigated further, and here’s everything we found out!

The first episode, ‘A Trade Of A Lifetime,’ was filmed in Brampton, Ontario. During the filming, Russell Peters joined the host Mike Holmes at Judith Nyman Secondary School, where Mike and his children helped 18-year old Riley save the school’s skilled trades program. The city is famous for Rose Theatre, a well-known performing art venue, and the Peel Art Gallery, Museum, and Archives. 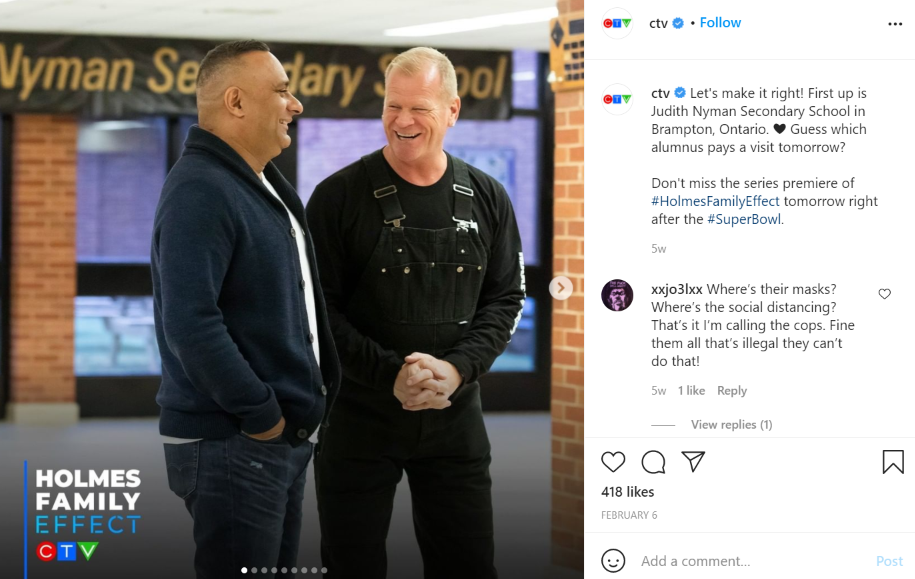 The shooting of the fourth episode of ‘Holmes Family Effect,’ titled ‘Hold The Fort’ was shot entirely in Smithville. Located in Ontario, the community is a former police village. In the episode, the Holmes family reaches out to The Fort, a youth center that was almost forgotten and broken down. During the course of the episode, it was transformed by Mr. Holmes and his children, ultimately changing the life of Aaron and many other youths from the center. 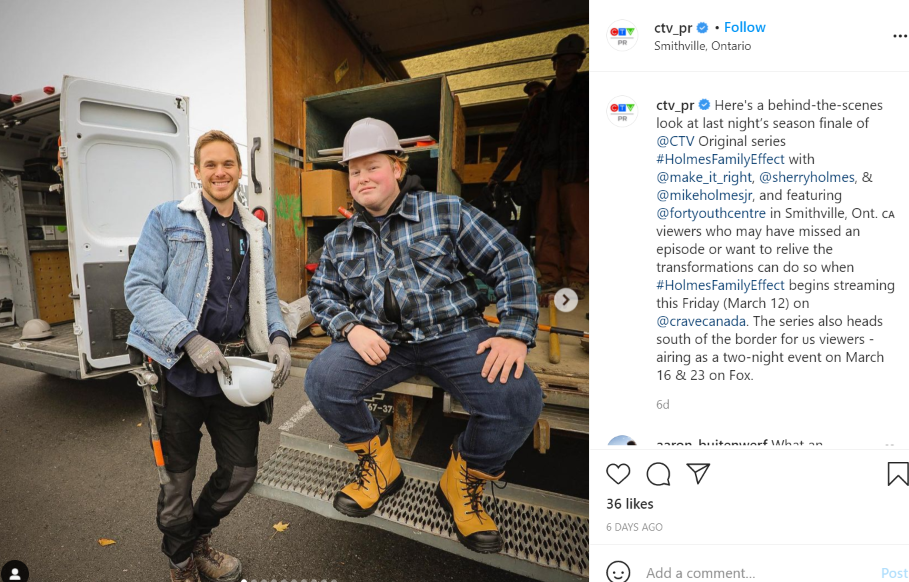 The episode ‘Think Big. Dream Bigger’ was filmed entirely in Surrey, British Columbia. In the episode, on the request of a university student named Vanessa, the Holmes family remodel Solid State, a Canadian non-profit center that helps racialized youth. Unfortunately, the work of the Holmes family had to face their biggest roadblock while transforming the center’s headquarters, and the shooting was heavily affected due to the coronavirus pandemic. Over the years, the city has become a major filming location, and it boasts hundreds of television and film production projects every year.

‘One Step at a Time,’ which is the third episode of the show, was filmed in Vancouver, British Columbia. The episode features the Holmes family helping Working Gear, another non-profit organization that offers employment opportunities to struggling and homeless people. Located in Vancouver, the charity used to have a crowded office space that the Holmes family completely transforms into a functioning space.

Interestingly, the city is not only compassionate but also extremely popular as a prominent filming spot, thanks to its beautiful mountains and other natural picturesque locations. Vancouver also has flourishing music, theatre, and art scenes.