Where Is Hotel del Luna Filmed? 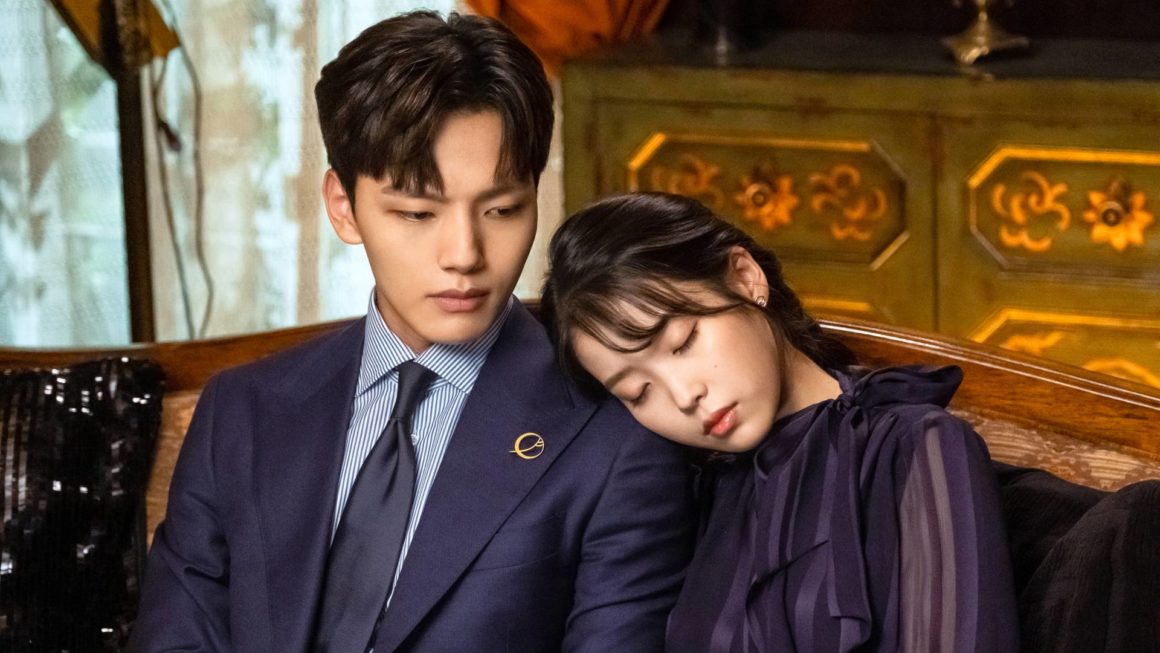 Created by Studio Dragon, ‘Hotel Del Luna’ is a South Korean drama series that follows the mysterious 1,300-year-old owner of the eponymous hotel, Jang Man Wol (Ji-eun Lee), and the new general manager who is destined to change everything, Goo Chan Seong (Yeo Jin-gu). The fantasy romance series is a perfect blend of fantasy and urban romantic comedy in which love blooms across centuries. If you are wondering where ‘Hotel del Luna’ is filmed, here is what you need to know.

The series director, Oh Choong-Hwan, and the rest of the crew and cast of ‘Hotel Del Luna’ shot the first season at various locations in and around Seoul, South Korea, and several other cities that are part of the Seoul Capital Area, including Paju, Goyang, Yongin, and Incheon. Some scenes were shot in Mokpo, a city located in South Jeolla Province, and also near the Buyeo Garimseong Fortress in South Chungcheong Province. Furthermore, Ji-eun set up an Instagram page for her character where she regularly posted photos from the set of the inaugural season. Let’s look at specific locations in detail.

The capital of South Korea serves as a primary filming location for ‘Hotel del Luna.’ Scenes depicting the eponymous hotel in the 1980s in season 1 episode 11 were shot at Hotel Seine, which, despite its name, is a café located at 28-5 Donhwamun-ro 11-gil, Nakwon-dong, Jongno-gu. 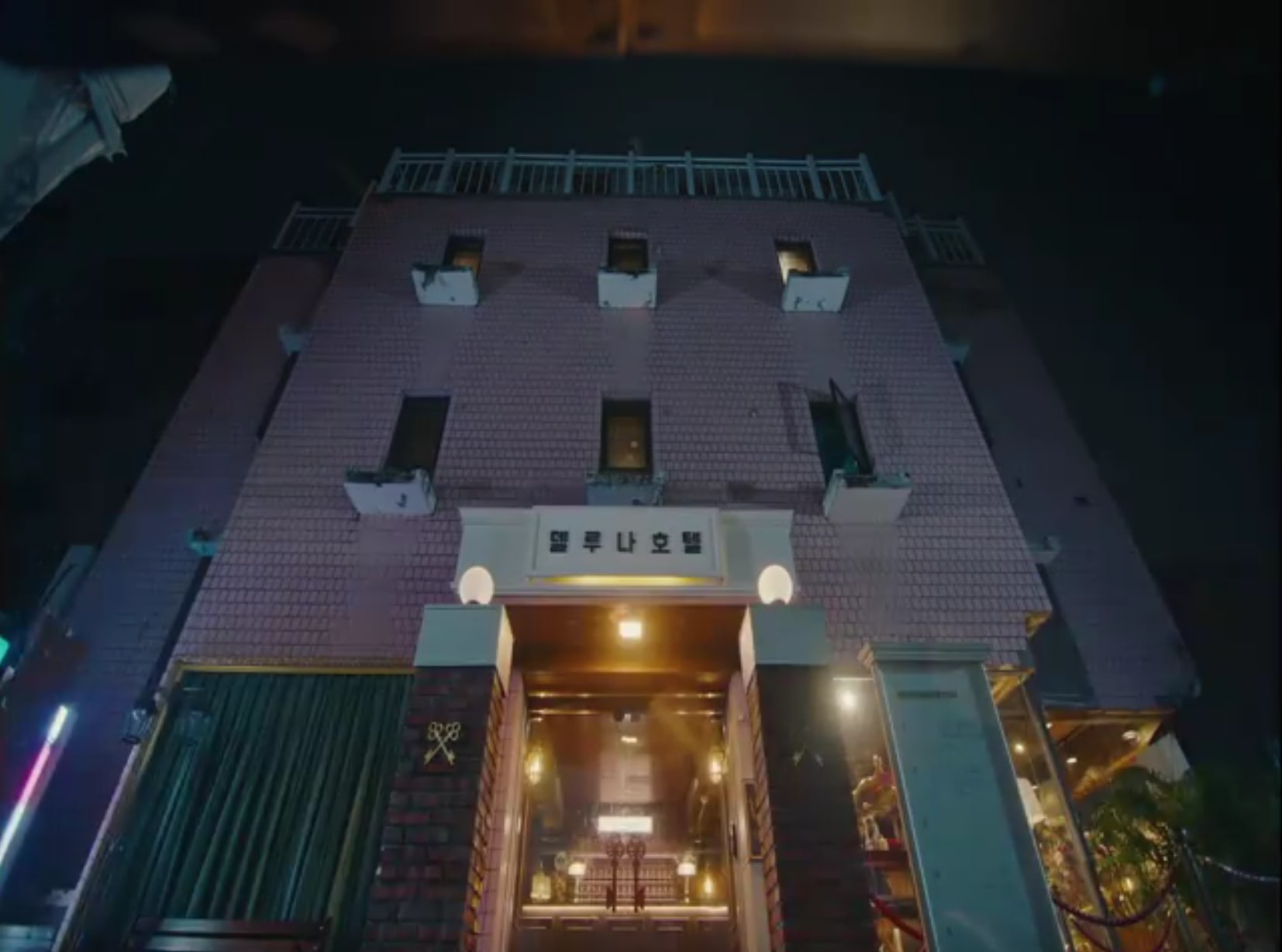 The ghost library that appears in the second episode is actually Seoul Book Bogo, which is reportedly the country’s first public second-hand bookstore. It is located at 1 Ogeum-ro, Jamsil 4(sa)-dong, Songpa-gu.

In the pilot episode, Jang Man Wol visits a dumpling restaurant. The related scenes were shot at the Daehakno Branch of Changhwadang, a restaurant chain serving Chinese dumplings. The particular branch is located at 39 Changgyeonggung-ro 26-gil, Myeongnyun 4(sa)ga, Jongno-gu.

Sanchez’s restaurant, Pizza Alvolo, exists in real life, though Sanchez is not the one who is running it. It is located at 3 Yeongdeungpo-ro 12-gil, Yeongdeungpo-gu.

C156 Underground is another real restaurant that appears in the series. It is part of the city’s H Avenue Hotel (Kondae Branch), which is located at 156 Dongil-ro, Hwayang-dong, Gwangjin-gu.

Positioned at the border of the South Korean capital, Incheon is a major city in the country. Scenes showing the Royal Pacific Hotel, Goo Chan Seong’s workplace before he formally joins Hotel del Luna, were filmed at Paradise City, a 5-star resort located at gil, 186, 321 Yeongjonghaeannam-ro in Jung-gu, Incheon. Wonderbox, the amusement built within the premise of Paradise City, appears in the 8th episode. 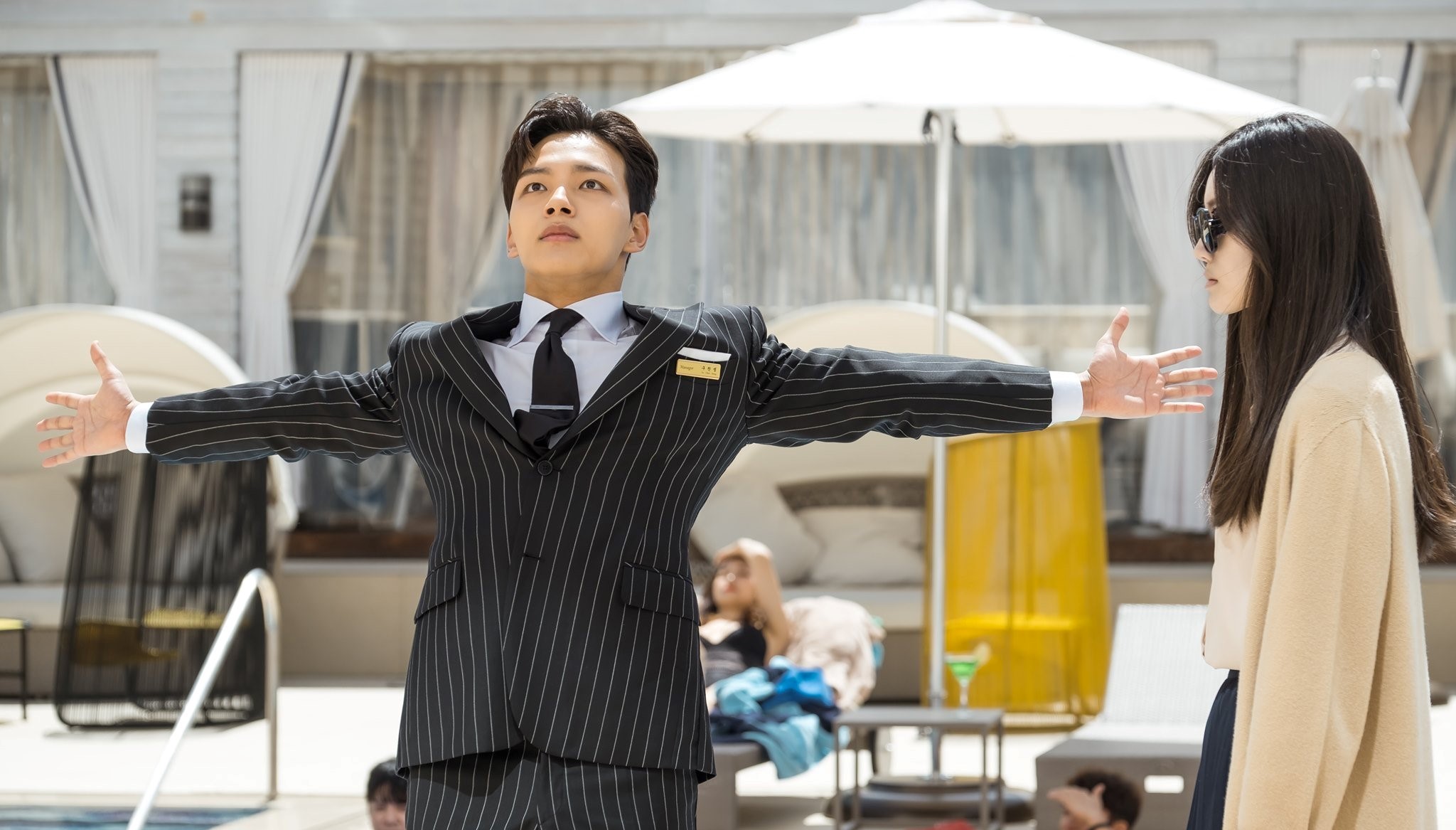 Yongin is the biggest city in Gyeonggi Province. The bakery of the fourth episode is actually A Loaf Slice Piece, a popular local business situated at 755 Yubang-dong in Cheoin-gu, Yongin-si.

Goyang is another important city in the Gyeonggi province. The park scenes of episode 5 were shot at Ilsan Lake Park, located at 595 Hosu-ro, Janghang-dong in Ilsandong-gu, Goyang-si.

A city in Gyeonggi province, Paju is a major filming location for ‘Hotel del Luna.’ Several scenes of the series were filmed at Byeokchoji BCJ Botanical Garden, located at 242 Buheung-ro in Gwangtan-myeon.

The library scene of episode 16 was filmed at the Forest of Wisdom library, located at 145 Hoedong-gil, Gyoha-dong.

The scenes showing the present-day Hotel del Luna entrance were filmed at the front of Mokpo Modern History Museum No.1, located at 6 Yeongsan-ro 29-beongil, Daeui-dong 2-ga.

Other Locations in South Korea

Some of the most important sequences in the show take place around an ancient tree. In real life, the tree in question is located near the Garimseong Fortress (or Seongheungsanseong Fortress) by the Geum River in South Chungcheong Province. It’s a Zelkova tree that has become a tourist attraction. The 400-year-old tree is widely known as Mt. Seongheungsan Love Tree.

The scene involving the female protagonist’s journey to life beyond was shot at the Bukhangang Railroad Bridge, located at 511-2 Yangsu-ri, Yangseo-myeon in Yangpyeong, Gyeonggi-do.