Where is Isaac Martinez From My 600-lb Life Today? 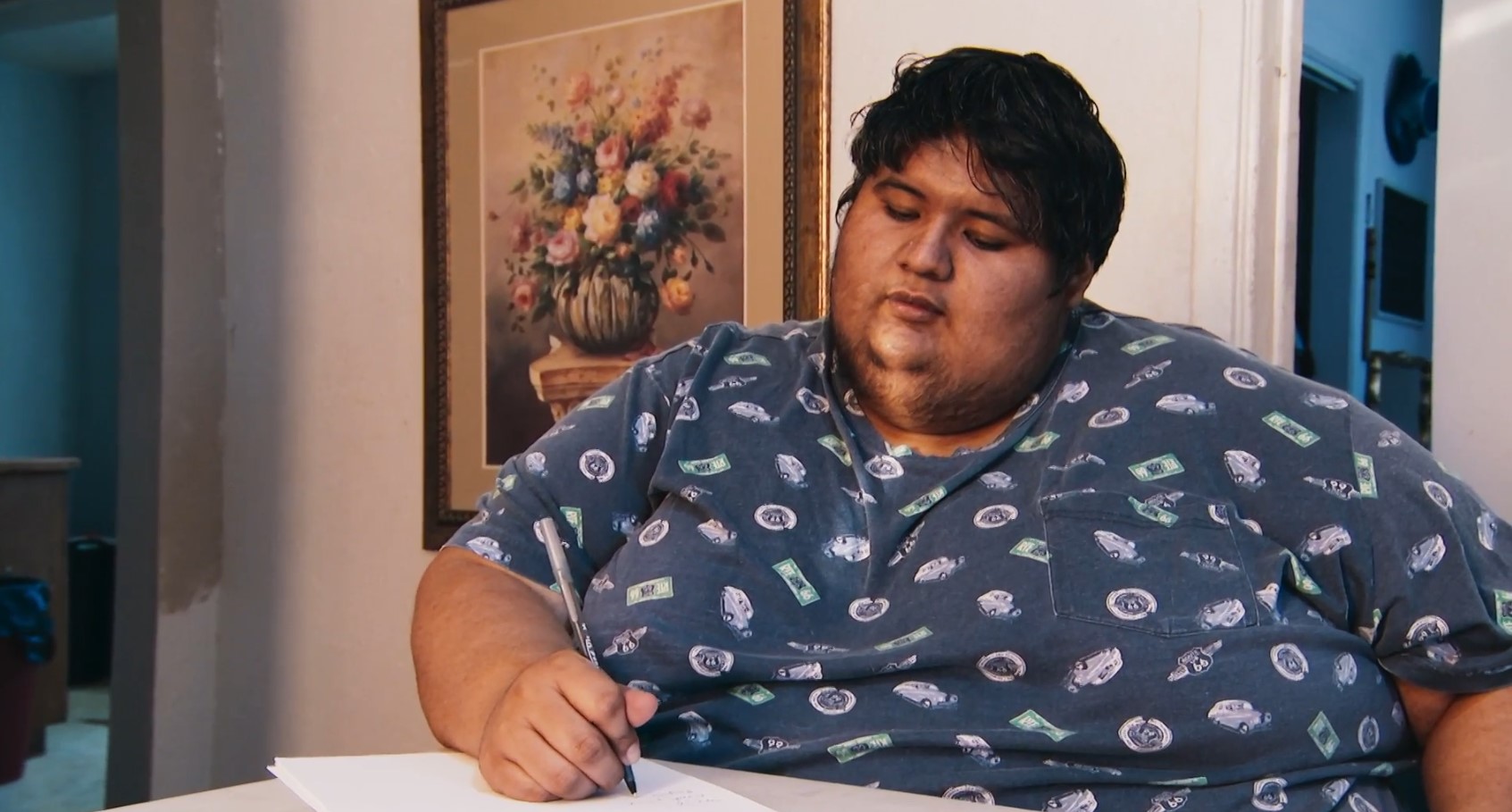 ‘My 600-lb Life’ is a TLC original series that takes the viewer through the life of morbidly obese individuals who are hoping for a better and healthier lifestyle. It also familiarizes us with their day-to-day activities and their struggle to go through with their transformation. Dr. Now or Dr. Younan Nowzaradan is the one who helps them through their huge transformation and gives them guidance and supervision.

Every patient that Dr. Now meets gets a renowned program tailor-made for their issues. Still, ultimately the choice lies with the individual on whether they can proceed along to plan and get approved in time for the high-risk bariatric surgery. One such individual is Isaac Martinez, the patient of season 9 episode 8. Here is what we could find about his present situation!

The episode titled ‘Isaac’s Story’ is outlined by TLC as “Isaac helped raise his siblings after his mum suffered a debilitating stroke when he was 10. While learning to cook for his family, he began comfort-eating. Now to avoid eating himself to death, Isaac must learn to take care of himself for a change”. A 23-year-old Isaac considered asking for help as embarrassing. At the beginning of the episode, Isaac says, “My life has become such a struggle, because of my size everything is hard, and I’m so big now, even simple tasks like getting dressed can be a big chore for me and I have to have help sometimes”.

From his birth, Isaac was hypoallergenic and underweight. Thus, when he was finally allowed to eat everything, Isaac lost control and gained over 100 pounds at the age of 6. He started comfort-eating and developed his eating disorder when his mom suffered a stroke, and the weight of the entire family fell on him. This disorder made him reach 200 pounds by the time he was 10, and over 300 pounds at 14, just as Isaac kept going back to the comfort of food. Yet, since he felt comfortable in his body and no one told him otherwise, he felt like nothing was wrong.

For the next two years, Isaac enjoyed his life and was a very social person, but his abusive relationship with food made his weight creep up to 450 pounds when he was 16. It was then that he realized the gravity of his issue as his weight stopped him from carrying on with his activities. Yet, giving up his social activities was easier for Isaac than giving up food, and by the time he entered college, Isaac was up to 500 pounds. In his first year at college, he had to come back home from Houston and care for his mom, who was diagnosed with stage 3 uterine cancer. 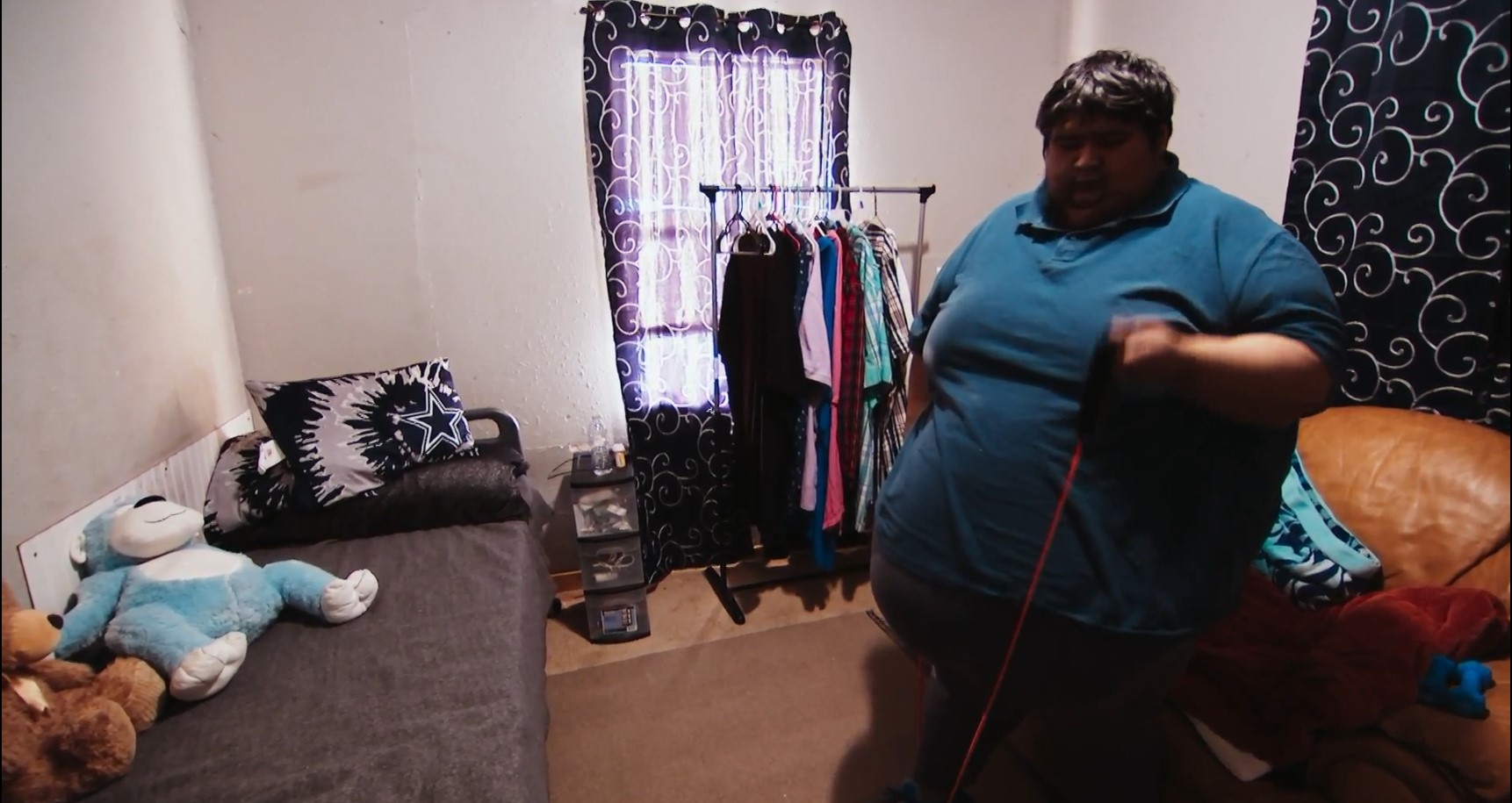 From then on, the more Isaac gained weight, the more he kept to himself and away from all social gatherings. Food being the only constant in his life and with no one to turn to in his hour of need, Isaac couldn’t stop eating, and his weight quickly crossed the 600 pounds mark. This was the point in his life when Isaac decided enough was enough. Even though he knew saying goodbye to his only friend – food – would be hard, he knew he had to take back the control of his own life. He wanted to take care of himself and his family better. Thus began Isaac’s long and arduous journey with Dr. Now, which saw him lose a staggering 122 pounds in just 12 months.

Where is Isaac Martinez Today?

The biggest win for Isaac Martinez was his victory in his battle against food disorder. He also gained back his ability to walk without a walker and even managed to go outside without any help or fear of falling. Even though midway through the procedure, his mom took ill, and he slacked off. Isaac still powered on through and made sure to hit his benchmark for the surgery to be approved. By the end of the episode, Isaac’s weight scale read 539 pounds, and we saw Dr. Now scheduling his surgery in two months, provided he carries on with his weight loss routine.

The channel and the show ‘My 600-lb Life’ demands complete secrecy from all its cast and crew to ensure zero leaks. Hence, nobody can reveal any information about their progress until well after their episode has aired. From when we left Isaac in the episode, he was shown to be diligently following his weight loss plan and well on his way towards his surgery. He had already started making amends and linking up with his former friends, thus changing his life for the better.

Unfortunately, as the native Texan has set his social media profiles on private, we have no information about his current status, but we hope that he carries on towards his journey to gain back control, as he promised at the end of the episode, “I’m not making any more excuses, and I’m going to make my family proud, and I’m not going to stop until that happens.”

Read More: Where is Michael Dominguez From My 600-lb Life Today?