Where is James Timothy Norman Now? 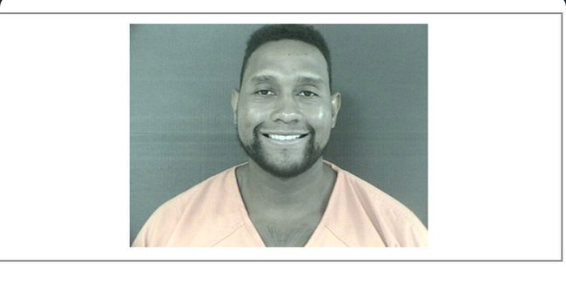 Robbie Montgomery started her career as a backup singer and was well-known for working with stars like Ike and Tina Turner back in the day. She eventually changed gears and shifted to the food industry. She set up a soul food restaurant named Sweetie Pie’s. The reality TV show ‘Welcome to Sweetie Pie’s’ followed her adventures and also featured her family often. However, her grandson, who she clearly loved very deeply, was murdered in 2016, and her life would never be the same.

Who is James Timothy Norman?

James Timothy Norman is Robbie’s son, a reality TV-star, and the owner of Sweetie Pie’s restaurant in Jackson, Mississippi. The 41-year old was recently indicted for murdering his nephew, Andre Montgomery.

Prosecutors have alleged that Norman conspired with an exotic-dancer, Terica Ellis, to kill his nephew. You see, when Andre turned 18, his uncle had taken out multiple life insurance policies on his name. Norman was also the sole beneficiary of said policies. They include a $250,000 one through Americo Insurance Company, and two through Foresters Insurance for $200,000 and $250,000.

According to the complaint, Norman also tried to obtain a replacement policy from the latter in 2015 but was denied. It also stated that Norman had given false information pertaining to Andre’s income, family history, and occupation. Their murder-for-hire plot led to the demise of Andre Montgomery, who was only 21 years old back then. To carry out this task, the pair allegedly communicated via burner phones. At that time, Norman lived in Los Angeles and Ellis lived in Memphis. But both were present in St. Louis on the day of the murder.

Ellis apparently spoke to the now deceased, informing him that she was in the city. She also learned where Andre was, and then called up Norman. The authorities say they can place her near the scene of the crime because her cell phone pinged off a tower nearby. On that evening in 2016, Andre was actually at a recording studio in North St. Louis, and it is believed that he went outside to answer the call and got shot while doing so. He was found unconscious and was pronounced dead at the scene.

Immediately after his murder, the feds claim that Ellis called Norman, and then traveled back home. She, apparently, also deposited $9000 in various bank accounts. It must be noted that before the murder, Ellis had a negative bank balance.  Around a week after the crime, Norman contacted the life insurance company to collect the money on his nephew’s policy. However, Foresters Insurance refused to pay out the amount to Norman because of his failure to provide some specific documents. The complaint also noted that the two co-conspirators met in Los Angeles around this time.

Where is Tim Norman Today?

Norman was arrested on federal charges and was booked at the Madison County Detention Center on August 18, 2020. He faces murder-for-hire charges, and so does his alleged partner. (Ellis has also been arrested.)

James Timothy Norman owner of Sweetie Pie’s restaurant has been arrested on federal charges and is currently being held in the Madison County Detention Centerhttps://t.co/PRpfi4FtnG

The complaint states, “There exists probable cause to believe that James Timothy Norman conspired with Terica Ellis and/or others known or unknown to investigators at this time to use a facility of interstate commerce, namely, a cellular telephone, to commit a murder-for-hire in exchange for United States currency.”