Where is Jeff Lowe’s Wife Now?

Netflix’s 2020 offering, ‘Tiger King,’ was a look into the shady world of exotic cat trade and roadside zoos. The docuseries had the creators follow a motley crew running an exotic zoo, highlighting personal feuds and murder-for-hire plots. Now, the show is back for a five-part second season and, shockingly, with more of the same. Jeff and Lauren Lowe, who arrived in Wynnewood, Oklahoma, and eventually took over Joe Exotic’s zoo, are also featured in this season. So, let’s find out more about Lauren then, shall we?

In the first season, Joe’s financial struggles paved the way for Jeff and Lauren Lowe to come into the picture. After a seemingly suspicious fire at the zoo, the couple put in their money, making things more complicated from thereon. Eventually, Joe gave up ownership of the GW Zoo to Jeff and Lauren. However, things have only seen a downward trend ever since. 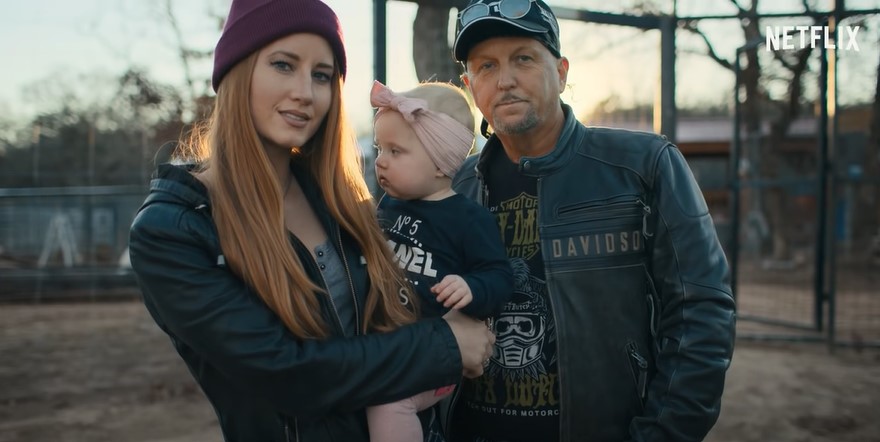 When the show aired in 2020, the zoo was struggling to make money because of the pandemic. Losing a viable source of income meant difficulty in caring for the animals housed there. In June 2020, Carole Baskin was awarded ownership of the zoo as part of her previous lawsuit against Joe Exotic. As a result, Jeff and Lauren were asked to relocate the animals to a different property and vacate the premises. This resulted in their plan to set up the Tiger King Zoo in Thackerville, Oklahoma.

Around the same time, the couple claimed to have signed up for a new reality show that would chronicle the move, their daily life at the zoo, and their relationship with Joe. Lauren added, “Just showing the animals going from small enclosures to bigger enclosures. We just want to put a brighter light on things because everybody wants to put a horrible light on roadside zoos. Every zoo is off of a road.” Jeff also stated that they had an excellent reputation with the USDA and Fish and Game divisions.

But by September 2020, The USDA had suspended Jeff’s zookeeper license due to not providing proper veterinary care to the animals at the zoo. In March 2021, Jeff was taken to a hospital after having a stroke at a casino in Oklahoma. Lauren suspected at the time that her husband had been poisoned. Then, multiple inspections at the Thackerville enclosure revealed mistreatment of animals, resulting in the government transferring them to another facility. Among other things, Lauren and her husband were accused of not providing proper nutrition and shelter to the animals.

Where is Lauren Lowe Now?

The closure of the Thackerville enclosure resulted in other problems for Lauren. A government official accused her of making death threats against him and other non-specific threats against his children. The Lowes also claimed that some officials who investigated the case had manipulated them to put Joe in jail. In June 2021, Jeff and Lauren were both arrested on suspicion of driving under the influence. Authorities stated they first saw Lauren on the driver’s side before Jeff took over. For now, Lauren seems to be spending time with Jeff and their child.