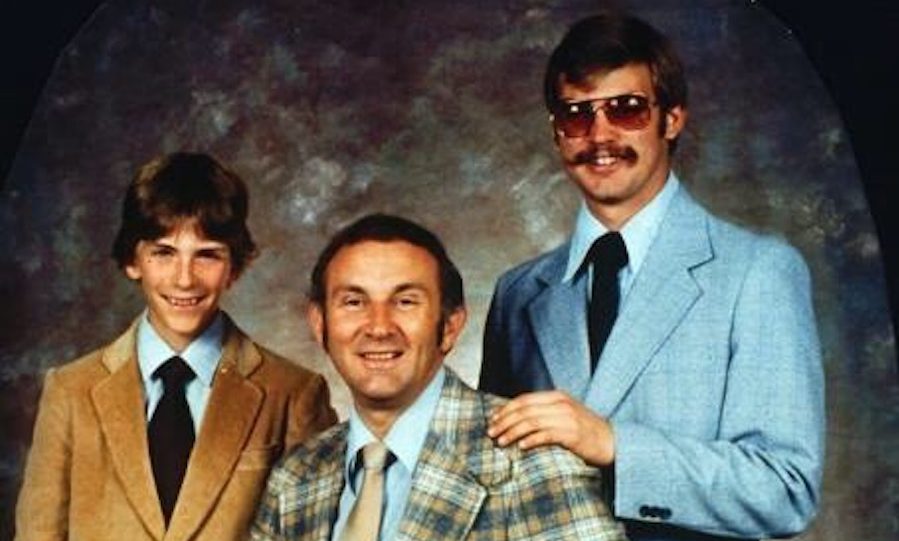 Netflix’s ‘Dahmer – Monster: The Jeffrey Dahmer Story’ is a retelling of Jeffrey Dahmer’s crimes, but focuses more on the perspective of the people around him. The serial killer affected a lot of lives, the scale of which goes beyond the seventeen people that he killed. His actions traumatized his neighbors like Glenda Cleveland, who’d been trying to alert the authorities about him, but to no avail. What he did also blemished his family name, with “Dahmer” forever connected to his heinous acts. The Netflix series portrays his relationship with his parents, his stepmother, and his grandmother, but it doesn’t tell us much about his younger brother. What happened to David Dahmer and where is he now? Let’s find out.

Where is David Dahmer Today?

To be associated with someone who has committed as gruesome and horrific acts as Jeffrey Dahmer isn’t something anyone would want. While such an association comes with psychological struggles of its own, the family and friends of such criminals also have to deal with the constant media spotlight as well as hate from the general public. Dahmer’s family members went through a similar ordeal. But while his parents chose to stand by him till the very end, his brother decided to cut off all ties and live his life in peace, without being hounded by the world for what his brother did.

David Dahmer was born to Lionel and Joyce Dahmer in December 1966 and was named by his brother, Jeffrey. His parents’ marriage had already been fractured at this point, with his father staying away from home for work and his mother suffering from mental illness. David’s arrival further isolated Jeffrey, who believed that his younger brother was receiving more love and attention. In a 2004 interview on Larry King Live, Lionel Dahmer explained that the seven-year difference between the brothers resulted in a distance between them, but Jeffrey still loved David. There was a marked distinction in their personalities. While Jeffrey was shy and reserved, David was “very ebullient and outgoing”. This led Jeffrey to be annoyed at his brother, at times, but he never directed his frustration or anger toward David. The distance between the brothers increased when in 1978, Joyce separated from Lionel and moved to Wisconsin to live with her relatives. She took David with her, while Jeffrey, who was eighteen at the time, was left behind, living alone in his house for a couple of months, which is also around the time when he claimed his first victim.

In 1991, when Jeffrey was arrested and the true scale of his crimes was brought to light, David had already graduated from the University of Cincinnati, Ohio. A young David was only just beginning his life and, understandably, didn’t want it to be affected by being recognized as the brother of The Milwaukee Cannibal. Soon enough, he left the name David Dahmer behind and took on a new identity. He never appeared for any interviews, never talked about his brother, and never showed up for the trial and the hearing of Jeffrey Dahmer’s sentence.

David’s complete dissociation from anything that could connect him to his brother was confirmed by his father in the 2004 interview. When asked about him, Lionel said that his younger son had changed his name and wished his privacy to be respected. David’s stepmother, Shari Dahmer, revealed that he was very happy in his life. “He has a career… and a family. We’re expecting a second grandchild. Everything is going well,” she said. This is the last the family spoke of him publicly and no information about him has surfaced since then. David Dahmer has continued to live a quiet and anonymous life.