Where is Jennifer Matthews Now? 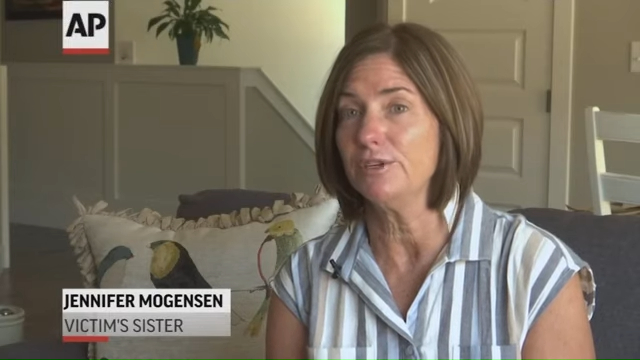 Jennifer Matthews was a young teenager when her sister, Jonelle, disappeared from their home, never to return. For a teenager, the trauma of losing a sister and seeing her parents in agony and hopelessness was extremely tough to bear. Yet, Jennifer stayed strong in the face of adversaries and never gave up hope for her sister’s safe return.

When Jonelle’s body was discovered almost 35 years later, Jennifer and her parents got the closure that they long deserved. ’48 Hours: The Kidnapping of Jonelle Matthews’ chronicles Jonelle’s disappearance and the agony the family went through in the following years. Let us find out more about Jonelle’s sister, Jennifer, and where she is today, shall we?

Who Is Jennifer Matthews?

Jennifer was a teenager and a high school student when Jonelle vanished. She also loved playing basketball and was at her basketball game with her father on the day of the tragedy. When talking about her sister, Jennifer describes Jonelle as a spunky girl whose originality and boldness were hard to forget. Jennifer also mentioned that her sister’s extroverted personality gave way to sibling rivalry and the sisters often fought over clothes, chores, and other things. According to Jennifer, Jonelle was strong and fiercely independent.

Jennifer adored her sister and said that she still remembers the day her family adopted Jonelle and that she had herself walked into the nursery and picked up Jonelle. On the day of the disappearance, Jennifer was the second person who discovered Jonelle missing. Once the family was swamped by police and the media, Jennifer did her part and helped wherever she could with the investigation. By the summer of 1985, her parents backed away from the search and tried to make Jennifer’s life as normal as possible. Yet, the girl never forgot her sister and, after Jonelle’s remains were discovered, she rushed to be at her parents’ side to help them identify the killer.

Where Is Jennifer Matthews Now?

Jennifer Matthews claimed that her sister’s disappearance, naturally, changed her. She now frequently expresses love to her family and friends because she believes she may never get another chance. Ever since her sister’s death, she lives by the words, “Love not expressed is love unknown,” and said that Jonelle’s death reminded her always to express the love she has for those around her.

Jennifer is now married, a mother herself, and apparently resides in Washington. When Jonelle’s body was discovered, she immediately arrived in Greeley to be with her parents and help arrange Jonelle’s burial and a community celebration for her sister’s life. She said that the discovery of her sister’s remains has given her and her family closure but hoped that the killer is still alive and can be tracked down by DNA technology that investigators did have access to during Jonelle’s disappearance. From what we can tell, the family has tried their best to move on from the tragedy while still keeping Jonelle alive in their memory.