Where Is Jessica Bullman Now? 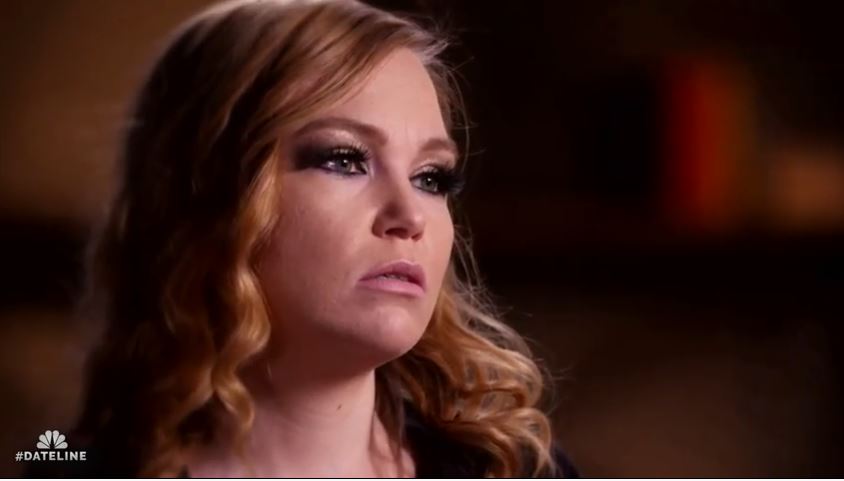 NBC’s ‘Dateline: Point Blank’ examines the life and murder of 45-year-old Bakersfield, California, native Todd Chance, along with its brutal aftermath. It was his wife, who, overcome with greed for insurance money and anger over the fact this her husband was exchanging flirtatious texts with another woman, shot and killed him on the morning of August 25, 2013, near an almond orchard, leaving his body behind to bleed out and rot. But thankfully, she, Leslie Jenea Chance, was caught soon after, and her children, especially her eldest daughter, Jessica Bullman, were left behind to clean up the mess.

Who Is Jessica Bullman?

Jessica Bullman is Leslie Jenea’s daughter from a previous marriage. She was just six or seven years old when Leslie tied the knot with Todd Chance in the mid-1990s, and subsequently, although he wasn’t her biological father, he became the closest thing she had to a father figure. Todd, as Jessica stated in the courtroom in late 2019, was her favorite person in the whole world and her “get out of jail free card.” He was her support system and the man who stood by her through everything.

When Leslie went on trial for first-degree murder in December of 2019, Jessica was asked to be a hostile witness and give her testimony. There, as soon as she was called upon to the stands, she burst into tears, unable to say even her own name for a few minutes. Jessica couldn’t believe that her mother, who she said was and still is her best friend, could do anything so heinous. And when things settled down a bit, Jessica revealed that she felt “cringe-worthy” just being there.

She added that she would do anything for her mother, anything that she could live with, but that’s not why she didn’t talk to the detectives back when the case first started. Jessica said that she was upset, wanted her sisters to grow up before they got dragged into such a mess, and that she could already tell that everyone had made up their minds about who the perpetrator was. So, when she was shown surveillance footage and asked if the woman in it was her mother, she just said, “I guess.”

Where Is Jessica Bullman Now?

Jessica Bullman still resides in Bakersfield, California, amidst her four children, where, with her boyfriend, Benjamin Mckenzie, a worker at a local gas pipeline business, she has started a side business, creating and selling custom wood boards. According to her Facebook profile, the 3-foot boards are priced at $25 each, with additional designs scoring on $30, and the 6-foot boards cost $40 each, with the add-on patterns raising the charge by $45.

Despite all that she has seen and been through, it seems as if Jessica is quite happy with where she is in her life right now. Of course, she still misses her mother and the man she thought of as her father, but she’s trying to move on to the best of her abilities by focusing on her current/remaining family. She now spends most of her time taking care of her siblings and her young children – Joshua, Monroe, Aubrie, and Baby Drew – who mean the world to her.