Jovan “Joe” Collier, who once went by the name of Peter Zimmer, has such an extensive criminal history that he has often been identified as truly dangerous. However, as examined on ‘Web of Lies: The Candyman,’ the law has somehow always fallen in his favor, leading him to get second, third, and even fourth chances, if not more. After all, he has faced everything from warnings to prison stints owing to his actions and manipulations, but supposedly to no avail. So now, if you wish to know more about Joe, his record, and his current whereabouts, we’ve got the details for you.

Who is Joe Collier (Peter Zimmer)?

Born on July 7, 1968, Jovan “Joe” Collier was raised as Peter Zimmer in Mineral Point, Wisconsin — alongside his younger brother Perry — by adoptive parents Hans and Sally Zimmer. They resided amid fields and farmhouses on an isolated country road, making their lives seem almost idyllic, but everything changed on May 23, 1983. That’s the day officials made their way to the family home following a tip concerning their well-being, only to find 14-year-old Peter missing and everyone else brutally murdered. That in itself pointed towards the young teen as a possible suspect.

It soon came to light that Peter had, in fact, shot 48-year-old Hans to death, fatally stabbed 44-year-old Sally through the skull (plus another 14 times), and stabbed 10-year-old Perry around 25 times as he fought for his life. Their bodies were all recovered from different parts of the estate, so the authorities understood it was a determined act of violence and quickly apprehended the teen. According to reports, Peter claimed that he snapped because his adoptive father beat him, and his mother didn’t protect him. Furthermore, he was jealous of his brother, Perry, who was deemed the perfect son by their parents.

Since Peter was just a minor back then, he only served around four years at the Ethan Allen School for Boys juvenile detention facility before being let out for good in 1987. Not only that, but he also became a trust fund kid by inheriting the estate of his adoptive parents AKA victims estate (worth almost $200,000), and soon changed his name to Jovan “Joe” Collier. From there, he managed to stay out of the spotlight for a long while, but once Candy Williams called off their relationship in 2009 due to his alleged cheating and the fact that he’d kept his past a secret, his legal troubles began again.

By that point, following a couple of failed marriages and nearly a decade-long stint in Indiana, Joe had established a new life for himself in Florida. It was there that his manipulative smooth-talking ways first came to light, especially with his past and continued involvement with different women, often at the same time. What led to his arrest, though, was that he’d sent Candy a dead piglet after months of online and in-person stalking/harassment, including threatening e-mails as well as putting her information on an adult solicitation website.

Joe Collier pleaded guilty to aggravated stalking in exchange for 3½ years in state prison for his actions against Candy Williams in May 2010, only to be released early in 2012. Since then, he has actually claimed that he did not send the dead animal to his ex to threaten her but to help the teacher and her students prepare for an upcoming science fair project. “I sent that on to her out of the kindness of my heart for the benefit of her kids,” he stated. “Everything I do with good intentions gets turned into an evil thing.” 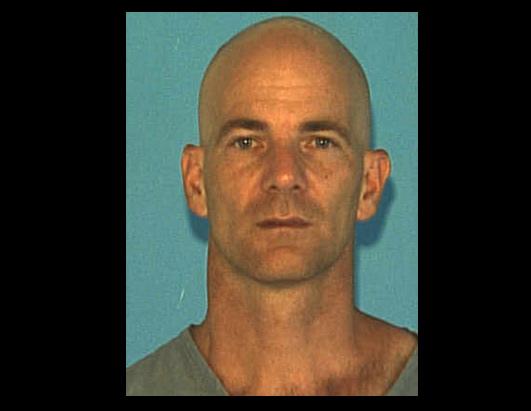 Joe was again arrested in Waco, Texas, in July 2014, for harassing his ex-fiancée after she called off their engagement upon learning of his dark past and his then-girlfriend after she broke up with him for the same reasons Candy did. Surprisingly, however, not only did he post a $150,000 bond, but when he pleaded guilty to three counts of harassment in 2015, he was sentenced to time served. Joe then indicated that he planned on relocating to San Diego, California, and that’s the last anyone has ever heard from him in public. In other words, it seems like the convicted felon now prefers to stay well away from the public eye.