During Christmas time in 1996, the Ramseys came to a startling realization that their daughter, JonBenét, might have been kidnapped. They learned that something far worse had happened to her just hours later. In the immediate aftermath of JonBenét’s murder, her parents, John and Patsy, became suspects. They continued to live under a cloud of suspicion despite vehemently denying their involvement.

Discovery Plus’ ‘JonBenét Ramsey: What Really Happened?’ aims to understand the story behind the 6-year-old’s mysterious death by looking at investigator Lou Smit’s findings. John Ramsey, the father, also shared his thoughts and experience from back then. So, let’s find out more about him then, shall we?

Who is John Ramsey?

John was born in Lincoln, Nebraska, and attended Michigan State University after high school. Over there, he achieved a Bachelor’s degree in Electrical Engineering and a Master’s degree in Business Administration. A former Navy pilot, he married Patsy Paugh, his second wife, in 1980. John had two children with her: Burke and JonBenét. At the time of the incident, he was a successful businessman and the president of a computer equipment company.

At around 5:52 AM on December 26, 1996, a distraught Patsy called 911 to report finding a ransom note that indicated JonBenét was kidnapped. The letter asked for ransom money and promised a phone call from the kidnapper later on. John later recounted the incident, saying, “It was awful. First of all, we didn’t know whether the kidnapper was going to call that day because the note said, ‘I will call you tomorrow. Get plenty of rest.’ I was deathly afraid that tomorrow was, in fact, the 27th.”

But the phone call never came. Eventually, John started to search the house for anything unusual while a detective stayed with the family in the house. He went to the basement, a place not examined by the police. Inside, he found JonBenét. John said, “She was lying on a white blanket. The blanket was wrapped around her. Her hands were tied above her head. She had tape over her mouth. … I immediately knelt down over her, felt her cheek, took the tape off immediately off her mouth. I tried to untie the cord that was around her arms, and I couldn’t get the knot untied.”

By then, JonBenét was already dead. She had been strangled by a garrote made using one of her paintbrushes. She had a fractured skull, stun gun marks, and experienced sexual abuse. Immediately, the parents became persons of interest, with the police believing that John and Patsy were responsible for JonBenét’s murder. They felt that after killing the little girl, the parents staged a kidnapping to mislead the police.

When Lou Smit, an investigator with the district attorney’s office, began to look into the case, he felt otherwise. Lou thought there was ample evidence indicating a possible intruder. There was an open window in the basement, a shoe print near the body that didn’t match any shoe in the house, and foreign DNA under JonBenét’s fingernails and her underwear. But according to Lou’s daughter, Lou felt that the police stopped investigating an intruder angle, leading them to not look for evidence pertaining to that.

Where is John Ramsey Now?

In 1998, a grand jury indicted John and Patsy in relation to JonBenét’s death. But at the time, the district attorney refused to file charges, citing a lack of evidence. Only in 2008, the Ramseys were cleared of any suspicion when a new DNA technique was used to examine the evidence. JonBenét’s leggings were tested for DNA and resulted in the authorities finding an unknown male DNA profile. More importantly, it didn’t match anyone from the Ramsey household. 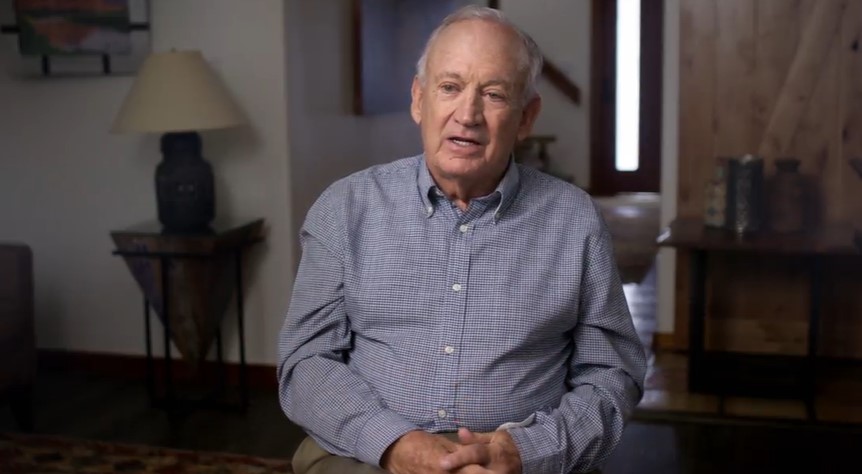 But by then, the news media and tabloids heavily alluded to the parents’ involvement, much to the family’s dismay. In the end, John was happy with the DNA results, adding, “Certainly we are grateful that they acknowledged that we, based on that, certainly could not have been involved.” Patsy died of cancer in 2006, and John married Jan Rousseaux in 2011. John, a grandfather now, seems to live with his wife in Michigan.