Where is Judge Richard Berman Now? 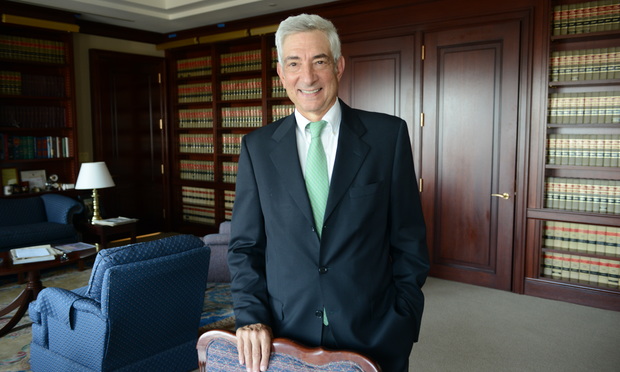 The documentary series, ‘Jeffrey Epstein: Filthy Rich’ is a verdict in itself, as it showcases the vast multitude of women whose lives were affected by Jeffrey Epstein. Epstein’s international sex trafficking ring and gratification of his own perverted sexual desires occurred through the sexual exploitation of several minors and young women. It took many years for this truth to come out in the open, and be heard for it was.

Epstein’s recent death has been no less a bump in this process. His death guarantees his case an immunity that is not much different from the one he received when he was alive. In any case, Epstein’s victims are on a mission to ensure that his living co-conspirators pay for what they did.

Who is Judge Richard Berman?

Judge Richard M. Berman is a Senior Judge of the United States District Court for the Southern District of New York. Born in 1943, he received his Juris Doctor from New York University School of Law in 1967. Initially, he was in private practice with Davis Polk & Wardwell. Later, he was the executive assistant to the United States Senator Jacob K. Javitas.

In 1995, Mayor Giuliani appointed him as the Judge of the New York State Family Court. Former President Bill Clinton gave him a seat on the District Court for the Southern District of New York in 1998. After this, Judge Berman attained senior status from the United States Senate. As a member of the New York State-Federal Judicial Council, which predominantly deals with cases that are of interest to the state and the federal judiciary. Judge Berman has been part of several noteworthy cases, like the Panama Papers conspiracy, Richard Usher case, etc.

Judge Berman has also penned several articles to identify and put an end to child abuse, along with punishment for juvenile offenders. Some of the articles include, ‘A Team Model to Identify Child Abuse,’ ‘Special Immigrant Juvenile Status,’ etc. He has been publicly vocal about improving the media accessibility of the Family Court system as well. He has also lectured in Albania in front of a group of judges, and also in Istanbul. Right before Jeffrey Epstein’s case hearing, he was awarded the National Association of Social Workers Emerald award in March 2019.

It was Judge Berman who allowed Epstein’s victims to have their day in court on 27 August 2019, wherein more than a dozen of them gave their personal accounts of abuse in court. In the documentary series, Sarah Epstein says, “For the first time I actually saw someone in a position of power who had any form of respect for us. And he listened. And that’s all I ever wanted, was for someone to listen and to hear me.” He had also rejected Epstein’s motion for bail for $ 100 million, because of which he had to be in prison awaiting the trial hearing. He stated that Epstein posed a certain “dangerousness” if he was outside confinement. Even then, after Jeffrey Epstein’s death, Judge Berman put a lid to formally end the criminal charges against him. In other words, he dismissed the indictment charges against him, after letting the victims have their day in court.

Where is Judge Richard Berman Now?

Recently, Judge Berman pointed out Attorney General William Barr’s failure to improve conditions of Bureau of Prisons facilities across the nation. He said, “I am very, very, very disappointed that the U.S. Attorney General has failed, to my knowledge, to conduct a thorough assessment and investigation of the Bureau of Prisons nationwide.” This wouldn’t be the first time that he raised his criticism against jail authorities, as he had voiced his concern over how someone like Epstein could die in jail.

Judge Berman continues to serve as a judge, and one of his recent verdicts was denying bail to Edwin Alamo, who was convicted for the intent to distribute heroin. (Feature Image Credit: NYLJ/Rick Kopstein)