Where Is Julie Mugford Now? 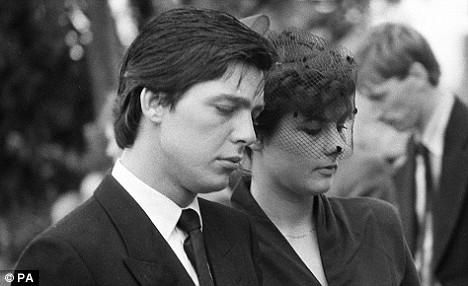 The tragic tale of an infamous 1985 murder case is the subject of HBO MAX’s ‘The Murders at White House Farm.’ In this six-part British drama series, based on real-life, we revisit the horrific event where five members of the same family lost their lives. On that warm August night, a total of 25 shots were fired from a rifle, and no one locked inside the farm remained alive. At the heart of the investigation that followed was Julie Mugford – the former-girlfriend of Jeremy Bamber, the only surviving family member and the man who was eventually found guilty of the crime in question. Curious to know where she is now? Here’s what we know.

Who Is Julie Mugford?

Julie Mugford began dating Jeremy Bamber back in 1983, when she was just 19-years-old and attending Goldsmith’s College in London to pursue a Bachelor’s degree in Education. That year, as she took up a holiday job at Sloppy Joe’s, a pizzeria in Colchester, she met Jeremy, who had a bar job there in the evenings. They connected and started a relationship that lasted for about two years. When, on August 7, 1985, the bodies of his adoptive parents, sister, and nephews were found, she supported him and stood by him. During Julie’s initial police interview, she said that he called her at about 3 a.m. that morning to say that something was wrong at home. She admitted that although he sounded worried, she didn’t enquire any further as she was tired.

But, in just a month, she changed her stance completely. On September 7, 1985, Julie told the investigators that Jeremy had a hand in killing his entire family. She alleged that between July and October of 1984, her boyfriend said that he wished he could “get rid of them all.” He found his parents to be people who only wanted to ruin his life, said that his sister had nothing to live for and that his nephews were just as disturbed as their schizophrenic mother. Julie admitted that she dismissed it as idle talk at first, but got worried when he fixated on it. In her statement, she said that he even spoke of using Sheila as a dupe, while he walked away unscathed after committing the perfect crime.

Additionally, she stated that Jeremy had this whole plan of how he would cycle to the Farmhouse from the back road and get in and out without using a single door. Julie told investigators that she asked him about his involvement in the murders on the day their bodies were found, but all he said was that a friend of his did it. Of course, the truth behind this, Julie’s second statement, was thoroughly questioned as it came to light that she changed it only three days after she and Jeremy got into a series of arguments about their relationship and him seeing another woman. But, she testified against him during the trial as well, revealing all the details of their quarrels. And so, Jeremy was convicted of all the charges against him.

Where Is Julie Mugford Today?

After the whole murder trial came to its conclusion, Julie Mugford sold her side of the story to the News of the World, bagging an impressive and hefty £250,000 deal. Later on, she got married and moved away to Winnipeg, Canada, where she changed her last name to her husband’s so as to live a life away from the spotlight. Julie then made use of her Education degree and started teaching, becoming the Vice Principal of a primary school in the city in 2006. Today, in her 50s, she is the Director of Assessment and Instructional Support Services for the Winnipeg School Division. According to some reports, Julie Smerchanski is a pillar in the Winnipeg, Manitoba, community, by being the perfect example of a working and adoring wife and mother of two adult children. (Featured Image Credit: PA)