Where Is Justin Michael Weinberger Now? 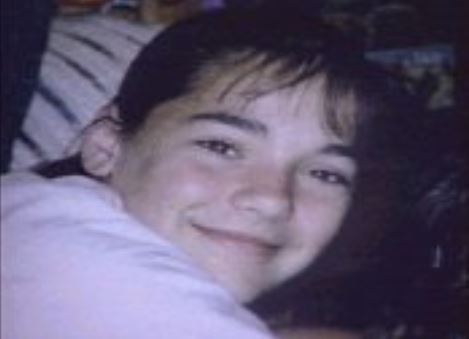 Investigation Discovery’s ‘On the Case With Paula Zahn: Follow the Footprints’ examines the 2000 abduction, rape, and slaying case of 12-year-old Courtney Hanna Sconce, who was last seen alive in her Rancho Cordova neighborhood sometime after 3 p.m. on November 8. Before nightfall of the same day, though, her lifeless body was recovered from the banks of Feather River near Nicolaus in Sutter County, along with a set of footsteps, clothes, and various items scattered around. And as the investigations proceeded, it turned out that Justin Michael Weinberger, then 19, of El Dorado Hills, was responsible for the heinous act.

Who Is Justin Michael Weinberger?

Justin Michael Weinberger is not the kind of person you would generally, stereotypically fit into the category of a predator, a pedophile, or a killer. But he turned out to be all these things. With no previous charges against him whatsoever, he was deemed to be a typical albeit moody teenager, although all that changed in November of 2000, starting with the FBI and the El Dorado law enforcement searching his home and seizing the entirety of his child pornography collection. From there, he went on to buy a gun, abduct a 12-year-old girl, and acted on his impulses in the way he saw fit.

By all accounts, Justin’s upbringing was advantageous. He grew up in a stable three-bedroom house with parents who doted on him. His father worked at the state attorney general’s office while his mother took on a more traditional role. Yet, as a teen, Justin’s life grew to be solitary. He started preferring the company of the television and the internet rather than his friends or parents, which led him down a dark path, ending in prison. After all, following what Justin did, he fled to New Mexico, where he was arrested for vandalism before being indicted for Courtney’s murder.

Where Is Justin Michael Weinberger Now?

Following Justin’s arrest and extradition back to California, he pleaded guilty to the charges of murder with three special circumstances – child molestation, kidnapping, and rape. In exchange for this deal, which he agreed to in November 2001, almost a year since the incident, the prosecution agreed to drop their pursuit of the death penalty. However, just before he was to be sentenced in February of the following year, Justin asked the court to hand him death. “I deserve to die,” he said. “One might say I could still do something good with my life, but why should I have that choice? Courtney had no choice because I stole that from her.”

Then, admitting to not knowing why he even raped or killed her, he said, “I wish I could help everyone understand why. I don’t understand why. It was all so pointless.” In response to this statement, the judge sentenced Justin to life in prison without the possibility of parole. “Today a predator will be taken from the community and forbidden to return,” the judge announced. “This predator will be taken to live with others who have offended this community, and even there he will be shunned for the nature of his crime. He will live in fear for the rest of his life.” Justin also received an additional 21-years for kidnapping and sexual assault.

As per reports, Justin began his imprisonment with a 10-year term in federal prison for the unrelated child pornography conviction. Now, though, at the age of 39, he is incarcerated at a state prison, serving the 21 years before he can even begin his life sentence. The fact that Justin had freely confessed to the officers, detailing every bit of how he had assaulted Courtney not once but twice, left no doubt in anyone’s mind about the role he played in the murder, which made his conviction all the more necessary. “It crossed my mind that she could identify me,” Justin said. “Something told me that if I’m gonna get away with it, I’ll have to kill her.”