Where Is Kevin Bullock Now? 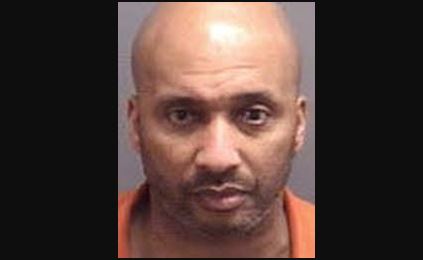 True to the format of all true-crime series, Investigation Discovery’s ‘Your Worst Nightmare Before Christmas’ unfurls through stories of infamous real-life crime stories in a documentary style of narration. In one of the hour-long episodes of the show, the baffling story of Natalie Purdie has been retold through the immaculate re-enactment of the crucial events leading up to Purdie’s horrific experience with her obsessive and abusive former boyfriend, Kevin Bullock.

Bullock was given a minimal sentence when he was first convicted for stabbing his former girlfriend, Natalie Purdie. However, his abusive behavior did not stop with that. Several years later, he was caught again, being physically abusive to his longtime partner, who had wanted to break off the relationship. If you are curious to know more about Kevin Bullock and his misdeeds, you’re at the right place.

Who Is Kevin Bullock?

Kevin Bullock’s obsessive and abusive behavior first came to light when he was dating Natalie Purdie, back in 1986. Natalie was only 18 years of age then, and Bullock, a good six years older than her. Years later, Purdie recounted Bullock telling her that he intended to marry her. Natalie, however, had other aspirations and hope. She dreamed of making a shining career in dance and was presented with an opportunity to join her desired dance academy in New York.

At the time, Natalie was living with her grandmother in Norfolk, Virginia. Kevin was her on-again, off-again boyfriend, whom she was not ready to commit to, primarily because she wanted to prioritize her career over other aspects of her life. Bullock did not take to this development very well. One day while visiting her at her grandmother’s residence, Bullock stabbed Purdie with a pair of scissors, almost 30 times in the face, nose, chin, lips, behind her ear, hands, arms, upper torso, and legs.

He almost stabbed Natalie in the jugular vein. Following the attack, he ran away, leaving Natalie in a pool of her own blood. After Natalie spent a month in the hospital, owing to the injuries she sustained from the attack, she immediately reported Bullock to the authorities. Bullock was subsequently arrested and sentenced to 10-year probation with minimal restitution and without any jail time.

Where is Kevin Bullock Now?

Kevin Bullock’s incident with Natalie Purdie was not his final act of violence. There was another episode in 1998, with another woman, where Bullock pounded her with his fists after forcefully entering her home. Following both these happenings, Bullock was not locked up in jail and was let go with minimal restitution and probation. On December 10, 2010, Bullock paid a surprise visit to his longtime girlfriend Claudia Lawson-Wilson’s house after she expressed her intentions to end her relationship with him.

When she tried to drive away, Bullock rear-ended her car at the intersection of Wesleyan and Cypress Point drives, broke her door open, and began punching her while simultaneously trying to gouge her eyes out. The detailed account of the attack was retold by the prosecutors at Bullock’s trial following the incident. Additionally, it was reported that when Claudia tried to defend herself by biting Bullock’s finger, he bit her and tore off a chunk of the size of half a dollar from her face, and spat it on the ground.

Bullock pleaded guilty to the crime on May 29, 2012. Before this, Claudia had already been subjected to Bullock’s aggressive nature back in 1998 when Bullock had violently attacked her after seeing her go out with another man. He was then sentenced to 35 years in prison by Circuit Judge Glenn R. Crowshaw. He is currently serving his sentence and will probably be in prison for the remainder of his life.