Where Is Natalie Purdie Now? 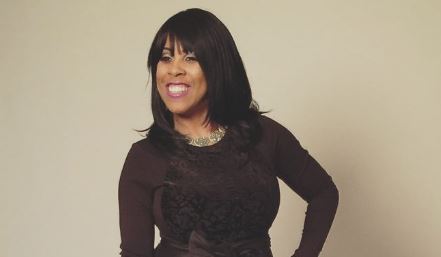 Natalie Purdie aspired to be a dancer. Her dreams were crushed by her obsessive boyfriend, who could not handle being rejected. Purdie’s story has been featured in Investigation Discovery’s episode titled, ‘Your Worst Nightmare Before Christmas.’ The episode chronicles the tragedy that befell Purdie when she was just 18-years-old, with budding dreams and hopes. The series, which aligns with ID’s signature storytelling techniques, retells the most intriguing cases by reenacting the major events leading to the crime.

It also incorporating accounts from professionals and acquaintances of the victims. The episode titled ‘He’s Back’ narrates the tale of how one man’s obsession ruined the hopes of a young girl. The man did not end his violence there and repeated his aggressive behavior, which prompted his first victim to speak out. Here’s a compilation of all there is to know about Natalie Purdie!

Who Is Natalie Purdie?

Natalie Purdie used to live with her mother in New York before her mother was mugged right outside her apartment. Following the incident, like every other mother, Natalie’s mother started worrying about her daughter’s safety. Purdie’s parents then decided to shift Purdie to her grandmother’s residence in Norfolk, Virginia. Natalie has a fascinating personality that allows her to adapt quite easily to her surroundings. She progressed well in her school, making new friends, and creating a significant social life around her.

Soon, Natalie landed a place in her high school dance troupe, which fueled her dream to become a dancer. When she was offered an opportunity to audition for one of the most prestigious dance companies in New York, she decided to keep every other aspect of her life on hold to solely focus on getting the best out of this opportunity. Natalie’s then-on-and-off boyfriend, Kevin Bullock – six years her senior – was not happy with this arrangement as it would mean breaking off his relationship with Natalie. She later said, “It was nothing against him at all. I was still learning about myself,” making it quite evident that she had intended to prioritize her potential career as a dancer.

In 1986, one day when Bullock had come to meet her, Natalie discussed her plans and told him she would not be able to commit to their relationship, declining Bullock’s plans for marriage in the future. As her curfew of 11 p.m. approached, Natalie walked her despairing boyfriend, to the door. She turned around to see Bullock holding a pair of scissors, with which he proceeded to stab Natalie in her face, nose, chin, lips, behind her ear, hands, arms, upper torso, and legs, at least 30 times. Leaving her in a pool of blood, Bullock ran out of the apartment. Bullock was thereafter, sentenced to 10 years-probation with minimal restitution.

Where Is Natalie Purdie Now?

After the horrific experience with her boyfriend, Natalie Purdie spent almost a month in the hospital. On discharge, Natalie, still using a wheelchair, immediately went to the police station and filed charges against Bullock. He was preliminarily charged with attempt to murder that was eventually reduced to unlawful wounding, a misdemeanor. The proceedings took over a year and ended with Bullock getting no jail time. Natalie had to learn to walk, talk, and read again.

Purdie moved to New York with hopes of closing that dreadful chapter of her life. However, Bullock repeated his violent abuse, this time on another girlfriend who had also proposed to end their relationship. Purdie testified against Bullock, solidifying the charges against him. Bullock is currently serving 35 years in prison. Natalie is now a motivational speaker who aims to help victims of domestic violence and advocates against the very relevant and rampant social issue.

Natalie often shares her story with organizations, churches, shelters, schools, on television, and through her social media accounts. Natalie is not afraid to speak out. She spoke at the 27th South Atlantic Regional Conference at the Virginia Beach Convention Center organized by the Virginia Beach Alumnae Chapter of Delta Sigma Theta Sorority in 2016. She has also been a guest speaker at the Portsmouth Department of Social Services Fatherhood-Mentoring Program. Wherever she goes, she provides support and raises awareness about Domestic Violence.