Where is Killer and Rapist Kevin Dunlap Now?

In mid-October 2008, the city of Livingston in Kentucky woke up to the barbaric murder of 3 children and the rape and attempted murder of their mother, Kristy Frensley. The brutality of the crime was such that it even left the emergency workers and the law enforcement officers responding to the scene, shaken to their core. The methodic viciousness of the crime and the emotionless expressions of the perpetrator, ex-soldier Kevin Dunlap, enraged the whole state.

Investigation Discovery’s ‘Evil Lives Here: We Looked Happy’ documents the case and extensively explains all the associated details of the investigations and the legalities of the proceedings. If you are intrigued and looking to learn all about the case details and the current whereabouts of the assailant, we have your back. Let’s begin then, shall we?

Who Is Kevin Dunlap?

Kevin Wayne Dunlap of Hopkinsville served in the US Army for more than 13 years (1989-2002). After being released from the army, he joined and served the now defunct Hopkinsville unit of the Kentucky National Guard for 2 years. On October 15, 2008, he approached Kristy Frensley, a mother of 3, while she was working in her yard in the community of Roaring Spring in Trigg County, Kentucky Dunlap reportedly wore a blue-colored DIRECTV polo t-shirt and white Reebok athlete shoes and carried a black handgun and white plastic cable ties.

According to Kristy, she had seen Dunlap once when he had stopped at her home about a week or two before the incident to ask for directions. He was installing the DirecTV satellite television service and even asked about her home, which was on sale. His employment records would later show that he had been working for Bruister and Associates, a DirecTV installer. Dunlap reportedly pulled out the gun after entering Kristy’s home, tied her hands and ankles with zip ties, and shifted her to the bedroom.

Shortly after, as Kristy’s children — Ethan Frensley, 5, Kortney McBurney-Frensley, 14, and 17-year-old Kayla Williams — returned home from school, Dunlap forced all the three children into one bedroom. He then moved on to gag them and tied Ethan with pantyhose and the two girls with zip ties before moving them to another part of the house. Dunlap then proceeded to rape Kristy. Afterward, he washed her, placed her in bed, and attempted to strangle and smother her using a pillow.

Dunlap also used a butter knife to stab Kristy once in the left ear and twice in her lower back before stabbing her in the neck four times and trying to cut her neck. Dunlap was so brutal that eventually, the handle of the butter knife broke and got lodged into her neck. Only after he got fooled by Kristy pretending to be dead did Dunlap leave the room and proceed toward the children. Medical records show that Ethan, the youngest of the children, was stabbed a horrific nine times. He was stabbed six times in the back, once in the stomach and twice in the chest, with one wound penetrating his heart.

Kortney was stabbed four times – once in the right side of the neck and thrice in her chest, with one wound penetrating the left lung. Kayla was also stabbed in the neck, and her throat was cut from ear to ear, the laceration so deep that her trachea was visible. Dunlap used a serrated steak knife whose blade broke off and later was found in Kayla’s sweatshirt during the autopsy. Dunlap had poured flammable liquid on the floor of Kristy’s bedroom and set it on fire. Bound, mutilated, and nearly on her deathbed, Kristy escaped by rolling through one of the French windows in the room that led to the pool deck.

Kristy managed to roll into the pool, badly burnt, where a Sheriff’s deputy would retrieve her from later. Dunlap had set the house ablaze and left. The neighbors saw the fire, informed the police, and tried to save the victims. Eventually, only Kristy was found alive and rushed to the Jennie Stuart Medical Center. Kayla’s friend Matt Ledford told the police about how he had stopped at Kristy’s house in the afternoon of the fateful day. While parking his car, he saw a “champagne-colored 2004 to 2006 model extended cab Chevrolet Silverado truck with a trailer hitch and the letters ‘HEY’ on the license plate”.

After reviewing vehicle registration records that matched Dunlap’s automobile, the investigators took out a search warrant based on the description. Medical examiners treated Kristy, and a vaginal swab found DNA evidence that matched Dunlap’s. Authorities raided his home; Kristy’s DNA was found on the driver’s seatbelt of his car and Kortney’s DNA on his tennis shoes. Dunlap was arrested 3 days after the massacre, on October 18, 2008, from his home at Cox Mill Road.

Where Is Kevin Dunlap Today?

A Trigg County Grand Jury indicted Kevin on a multitude of charges — one count each of first-degree rape, first-degree burglary, attempted murder, first-degree arson, and 3 counts each of tampering with physical evidence, capital kidnapping, and capital murder. The prosecutors sought the death sentence. On February 9, 2010, one day before the jury selection was to begin, Dunlap changed his appeal to guilty, against the advice of his legal counsel. 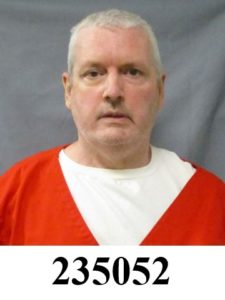 On March 19, 2010, Dunlap was sentenced to death. Apart from receiving six death penalties, his sentence additionally comprised 3 life sentences for first-degree rape, arson, and kidnapping, and 55 years of imprisonment for attempted murder, evidence tampering, and first-degree burglary. Trigg Circuit Judge C.A. “Woody” Woodall addressed Dunlap, saying, “Your admission to those crimes speaks better than I ever could.” Even the Commonwealth Attorney, G.L. Ovey, defended the sentence and told the court, “If there’s ever a case … that cries out for the death penalty, it is this case.”

The gruesomeness of Dunlap’s crimes was rightly summarized by the father of one of the child victims, Doug Williams. In his written statement to the court, he addressed Dunlap, saying, “I still find it hard to understand how you can sit motionless, emotionless, and void of reaction as the many photos and accounts of the aftermath of your crimes were described in great detail to this courtroom. It’s clearly evident that you have no remorse for your crimes against my family and this society.”

However, 14 years after his horrific crime and more than a decade after his sentencing, Dunlap’s new legal counsel filed a retrial motion in July 2022. Dunlap, now 50-years-old and on death row, is presently incarcerated in a cell at the Kentucky State Penitentiary in Eddyville.