Where is Killer Robert Shafer Now?

The residents of St. Charles County in Missouri were shocked by the discovery of the bodies of two men, Jerry Parker and Donny Young, in April 1990. However, the killers confessed to their crimes and surrendered themselves within hours of committing the crime. But things were not as easy as they looked. The lengthy trial process that led to indicting their killers forms the focal point of Netflix’s ‘I Am A Killer: Hunted.’ If you want to know about the details of this tragic case, including the identity and the current whereabouts of the perpetrators, then we’ve got you covered. Let’s dive in, shall we?

How Did Jerry Parker and Denny Young Die?

Born on March 11, 1941, Ford Jerry Parker had been employed by various corrugated box companies in Los Angeles until 1972, when he suffered an injury at work, which eventually led him to develop a disability. His nephew, Richard Kiel, described him as a fun-loving and selfless man who would go to any extent to help someone. On the other hand, Keith Dennis “Denny” Young was born on September 25, 1951. As per Kiel, his uncle and Denny used to hang out a lot.

The only thing Kiel knew about Denny was that he was gay. On April 29, 1990, Jerry and Denny were hanging out at Blanchette’s Landing, a famous gay hangout place in St. Charles County, Missouri. The police later found them in a ditch south of Silvers Road, about a mile and a half west of Highway C north of St. Peters. Their autopsy report stated that both the victims had died of gunshot wounds to their heads.

Robert Shafer and his friend David Steinmeyer handed themselves in within hours of the murder. As per the show, the two claimed they had been hitchhiking when Denny and Parker picked them up and allegedly tried to assault them sexually. They further claimed that amid the ensuing scuffle, Robert was able to take a gun from them, and he and David shot Denny and Parker, one of them each. However, the police found it hard to believe since the wounds on the victim did not corroborate their version. 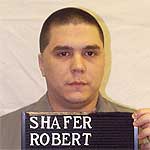 Initially, both Robert and David were charged with the murders of Jerry and Denny. David was 16 when the incident took place but had been certified by the juvenile court to be tried as an adult. Both of them faced a potential life sentence. But the trial went on and on, and Robert said he got frustrated with the way the proceedings went. Thus, in 1992, he confessed to killing both the victims, waived his right to an attorney, and pleaded guilty.

On the show, Robert said he wanted the death sentence, and the judge promptly handed him one. Since Robert had evaded a full-fledged trial with his guilty plea, the detailed story of his wrongdoings never got into the public domain. Many, including Jerry’s family, continued to believe the tale that Robert had promoted – he was guilty of murdering one of the victims. However, it changed in 2014 when Robert received a letter from Kiel stating he and his family had forgiven Robert. Kiel received correspondence from Robert a few days later, where the latter confessed to killing both the victims.

However, the exact motive behind Robert committing the double homicide is still a mystery. According to his childhood friend, Robert used to frequent a brothel as a kid, where he got money in exchange for sexual favors. Some of the investigators and the prosecutors believed that this traumatizing childhood experience led him to despise people from the LGBTQ+ community. So, when Robert came to know that Jerry and Denny were gay, he decided to kill them.

Where is Robert Shafer Today?

Robert Shafer pled guilty to two counts of murder in the first degree and two counts of armed criminal action, and he was sentenced to death on January 4, 1993. From his detention on April 30, 1990, to his change of plea on January 4, 1993, he was incarcerated in a cell at St. Charles County Jail. Throughout this whole period, Robert wrote conflicting letters to different organizations and individuals and was represented by seven attorneys. 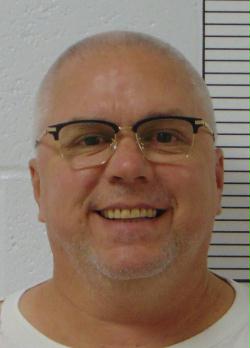 On October 21, 1992, David Steinmeyer received a sentence of 12 years and 6 months imprisonment under a plea agreement. He was released after 11 years and had lived under the radar since then. In 2004, a court ruled that Robert had not fully comprehended the implications of waiving his right to an attorney. His death sentence was commuted to life without the possibility of parole. As per official court records, Robert is presently incarcerated in a cell at the Potosi Correctional Center in Washington County, Missouri.