Kim and Bridger Medlin were a loving couple looking forward to setting up a comfortable life for themselves. But a horrific incident in March 1997 forever changed Bridger’s outlook. Investigation Discovery’s ‘People Magazine Presents: Crimes of the 90s: 1997: A Deadly Drive’ details how Kim was pulled over by an off-duty police officer and eventually murdered. Bridger, who was featured on the show, recounted the nightmare. So, let’s find out more about him then, shall we?

Who is Bridger Medlin?

Bridger and Kim met at a hotel bar where she was a waitress, and he was the DJ. What started as a friendship quickly became something more as they began spending a lot of time together. After about three months of dating, Bridger proposed, and they married in September 1994. Soon, the couple moved to Monroe, North Carolina, where Bridger was born and raised. 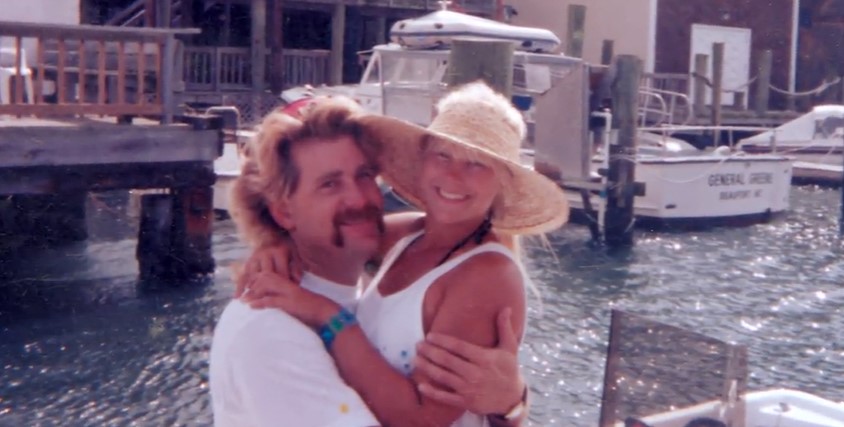 In Monroe, Bridger and Kim bought some farmland and went about realizing Kim’s dream of running a horse farm. Right away, they had a few horses and a goat. The two worked hard to make that dream a reality, with Kim taking up two jobs and Bridger often driving several miles to be the DJ at events. According to the show, on the night of March 28, 1997, Kim was working at a nightclub in Charlotte, North Carolina, while Bridger was away at an event in South Carolina.

The couple spoke to each other over the phone. The last time Bridger was in contact with Kim was around 2:45 AM on March 29, 1997, when he arrived home. Bridger decided to wait for his wife but fell asleep. When he woke up, Kim still wasn’t home despite saying earlier that she was nearby. A worried Bridger called at around 3:59 AM, with a police officer answering the call; he told the loving husband the devastating news of Kim disappearing.

According to the show, the authorities initially looked at Bridger as a suspect, but he was quickly ruled out because surveillance and cellphone records corroborated his alibi. The search for Kim ended in tragedy when her badly beaten body was found the following day. The investigation eventually revealed that Josh Griffin, an off-duty police officer, pulled Kim over and beat her to death, possibly because she turned him down.

Where is Bridger Medlin Today?

Josh’s confession years after he was sent to prison was not surprising to Bridger. He said, “I’m glad for his conscience that he can finally admit to it. But we – the family of Kim Medlin – knew it. The only ones this may help are those who lack rational thought and question whether he is guilty. There will be no doubt now.” On the show, Bridger mentioned that he has since moved on but cherished his time with Kim. Today, he still lives in Monroe and has built upon their love for horses. Bridger owns a business that provides horse carriage tours and currently takes care of 15 horses. Apart from the tours, they also offer horses for weddings and funerals. During his free time, Bridger loves taking trips with loved ones.