Where is KJ Allen Now? 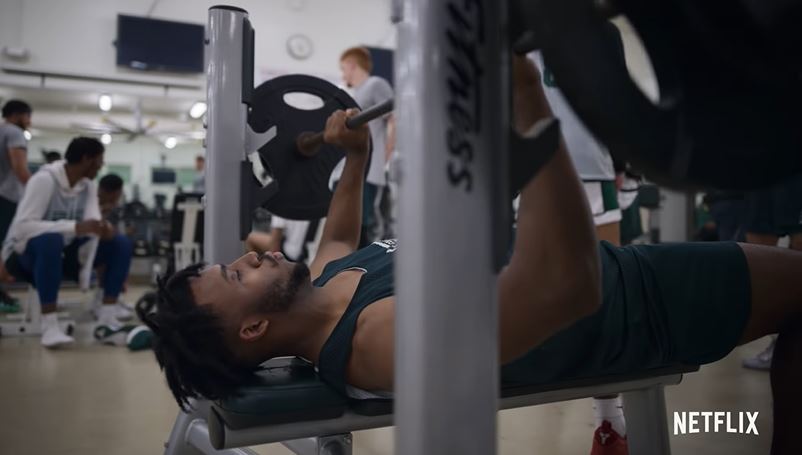 Netflix’s ‘Last Chance U: Basketball’ expands the sports documentary franchise’s scope by shifting its focus from junior college football to junior college basketball. This eight-part series follows the East Los Angeles College (ELAC) Huskies’ journey to chase the state championship and prove to themselves and the world that they deserve a chance to play at the next level. With former D1 recruits and powerhouse athletes like KJ Allen comprising the team, we see a tale of passion like no other. And now, if you’re here wondering what KJ Allen is currently up to, we’ve got the details for you.

Who is KJ Allen?

KJ Allen or Kaelen Allen has always been surrounded by basketball. His father, Damieon Allen, used to play as well, so it was no surprise when KJ picked up the ball at the age of 3 and never let go. According to Damieon, when he had his son with Tajuana Mallard at a young age, he decided to move on and find better opportunities to support his family. Yet, Damion didn’t lose the sport entirely, even going as far as playing local games and encouraging his son to do the same. Through that, KJ’s skills developed, and it became clear that he had the “it” factor and could easily make it in the basketball industry.

As a Westchester High School graduate, where he helped his team win the city championship and was named the Los Angeles High School Player of the Year, KJ’s prospects looked terrific. However, he received minimal interest because he couldn’t back his court skills with his grades. It wasn’t like KJ was lazy or careless, but despite his best efforts, he could only accumulate a GPA of 2.2. Thus, he chose to attend ELAC as a stepping stone to get to the next level. There, with his extraordinary performance and hard work to get his academic life in order, he managed to break all bounds.

Where is KJ Allen Now?

Thanks to his drive during his two years in junior college basketball as a forward player, KJ Allen got the attention of many division class colleges, namely, Western Kentucky, Washington State, Texas Christian University, Oregon State, Rutgers, San Diego State, Southern Methodist, New Mexico State, New Mexico, Loyola Marymount, Fresno State, and the University of South California. Ultimately, though, in November 2020, KJ committed to the University of South California, where he would be a part of the Trojans.

While posting about being a USC commit on his social media, KJ made sure to mention everyone who helped him reach his current status. “First, I just want to thank God for his guidance through this journey,” he wrote. “Secondly, I want to thank my family, my friends, and my coaches for pushing me every day to do better and keep improving… Third, I like to thank all the schools who recruited me. This decision was not easy. So with that being said, I am 110% committed to the University of Southern California. Go Trojans!! Fight On ✌🏾.”

Around this same time, KJ Allen gave an interview to TrojanSports, where he detailed his reasoning for picking USC over other universities. “Those schools are great, but I felt USC can help me expand my basketball game and have a shot at a championship,” he said, adding that he wanted to continue his athletic journey in Los Angeles itself. “It feels great being able to play for your own city and have family and friends watch you play,” KJ continued. “It’s a wonderful feeling.” We should mention that KJ and Kloe Gutierrez still seem to be together as well.