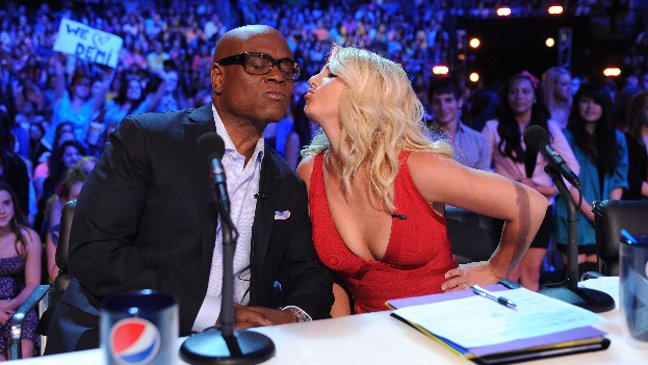 HBO Max’s ‘On the Record’ is an insightful look at the rampant sexual harassment that exists in the music industry. It is even more nebulous here where the lines between work and play often get blurred at night clubs scouting for talent. Instead of making the documentary about the perpetrator, ‘On the Record’ chooses to uphold the stories of the survivors, and Drew Dixon’s narrative stands out in this regard.

Drew accused Russell Simmons of sexually assaulting her during her time at Def Jam records. After that, she moved to Arista Records and had a fruitful time before L.A. Reid became president and CEO. Notably, Dixon stated that Reid made unwanted sexual advances as well, and even acted out of spite when it came to signing new artists because his moves were rebuffed. Despite the looming shadow of accusations in a post #MeToo world, Reid remains a popular figure in the world of music, especially hip-hop.

Where is LA Reid Now?

Antonio Marquis “L.A.” Reid might have started as a drummer, but soon formed LaFace Records with Kenneth “Babyface” Edmonds in 1989. It was later merged into Arista, where Reid became CEO. Due to the merger between Sony and BMG, Reid was released from his contract at Arista and went on to head The Island Def Jam Music Group in February 2004.

He worked as a judge on Fox’s ‘The X Factor’ for a while before taking up the mantle of CEO of Epic Records. However, he stepped down in May 2017, after allegedly behaving unlawfully with a female co-worker. Reid said that he was proud of his track of promoting and uplifting women at companies he’s worked at, but apologized if anything he said could be misinterpreted. At the time of stepping down, he posted a cryptic tweet.

Following his time at Epic, it was reported in January 2018 that Reid had managed to secure $75 million for a new label venture. Thus, Hitco Entertainment, LLC was formed with offices in Los Angeles, New York, and Atlanta. Billboard reported that Jennifer Lopez signed with Hitco in May 2019. In December 2019, Reid shook up his property portfolio by putting his Los Angeles mansion in the Bel-Air neighborhood for sale. In the open market, the property had a $22.9 million price tag.

In January 2020, Reid and Babyface were honored at YouTube Music’s 2020 Leaders & Legends Ball, where the legacy of LaFace Records was celebrated. Several artists showed up to the event in Atlanta, and Reid spoke about it saying, “We’re not from Atlanta, but the city opened its arms to us, and it didn’t have to. Atlanta never made us feel like outsiders, and as a result, we were able to give that back by giving opportunities to young aspiring artists like Jermaine Dupri and Dallas Austin and Rico Wade, who are real geniuses. They gave us greatness and music that will live forever. So, I’m thankful to Atlanta for embracing us.”

Most recently, the coronavirus pandemic has not been good for artists or people in the music industry, with a lot of recording and touring plans suspended due to the lockdown. However, sharp minds like Reid’s have found workarounds there as well. In May 2020, Reid convinced Babyface to do a ‘Verzuz’ battle with Teddy Riley on Instagram Live, on Mother’s Day. Variety reported that the event was a success that regenerated interest in the songs recorded by Reid and Babyface over three decades ago.

Reid seems dedicated to a life where he discovers new artists and puts them in the spotlight. Music is his passion, and he’s looking forward to continuing the journey with Hitco, as is evident from his latest post.