Where Is Larry Mulloy Now? 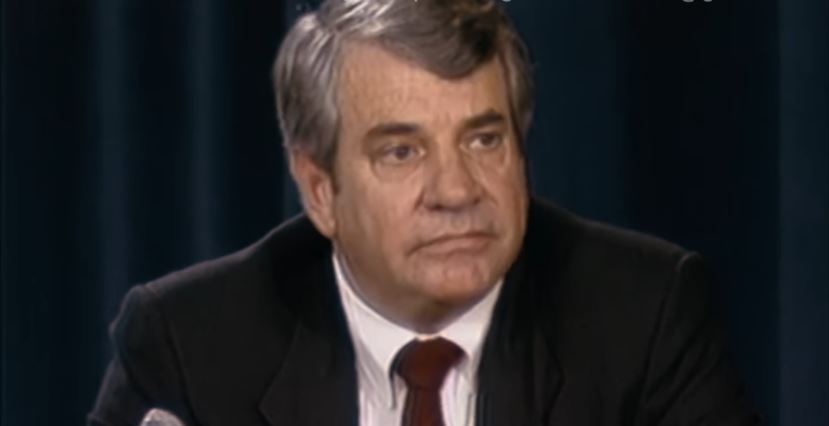 Netflix’s ‘Challenger: The Final Flight’ is a remarkably gripping four-part documentary series that is a must-watch for anyone who has an interest in space or NASA. Directed by Steven Leckart and Daniel Junge, with J.J. Abrams as an executive producer, the series examines the 1986 catastrophe of the Challenger Space Shuttle breaking apart just 73 seconds after its launch. The decision-makers of NASA, along with the engineers who worked on the failed booster engine, all told us their side of the story, and most of them even admitted to their faults. One of them is Lawrence Mulloy, a former NASA executive. Curious to know more about him? Here’s all that we know.

Who Is Lawrence Mulloy?

Larry Mulloy has a Bachelor’s in Science degree in Engineering from the Louisiana State University and a Master’s in Administration degree from the University of Oklahoma. It was back in 1960 that he first joined NASA and began working as a loads and dynamic specialist. Then, as time went by, he got promoted and got the opportunity to have a hand in the Apollo program, where he worked in the structural subsystem area of the second stage of it. After he completed that mission, he took a leave of absence for a year to do some postgraduate work, pursuing a doctoral degree in Public Administration from the University of California.

Subsequent to that, he was assigned the position of Chief Engineer in the external tank project, right at the inception of the Space Shuttle Program. He operated there until 1979, after which he was made Chief Engineer for NASA on their inertial upper stake in association with the Air Force. In 1982, Lawrence Mulloy was promoted once again and ended up serving as the Project Manager for the Space Shuttle Solid Rocker Booster Program at the Marshall Space Flight Center in Huntsville, Alabama. When he was first told about the booster’s seals, the O-Rings, eroding mid-flight, he signed a waiver that gave the shuttle permission to keep flying.

However, it was on January 27, 1986, the night before the Challenger Space Shuttle was launched, that Lawrence’s life changed forever, just because of a decision that he had a hand in forcing. There was a lot of pressure on him from his higher-ups and the government to stick to the shuttle launch schedule, so when Thiokol (the sub-contractor that made the seals) told him during a teleconference that they should not launch until the temperature gets warmer, he replied with, “My God, Thiokol. When do you want me to launch, next April?!” This, of course, put a lot of pressure on them as well and made them come to a decision that ultimately resulted in 7 innocent astronauts losing their lives.

Where Is Larry Mulloy Today?

After the Challenger explosion and its subsequent investigation, Lawrence Mulloy was named in a $15.1 million negligence claim by the widow of one of the space shuttle’s crew members. Then, because he was the one NASA official that was singled out the most by the public and the media for being responsible for the tragedy, in July of 1986, he handed in his application for early retirement. According to the last reports, Lawrence Mulloy, now 86, lives in a quiet suburban area in Tennessee, Nashville. When he was asked about his decision-making process, he maintained that there was no conclusive proof that things would go wrong. But, now that he looks back at it, he regrets his choices and feels guilty about the damage that he had a hand in causing.