Where is Manti Te’o Now? Is He Married? 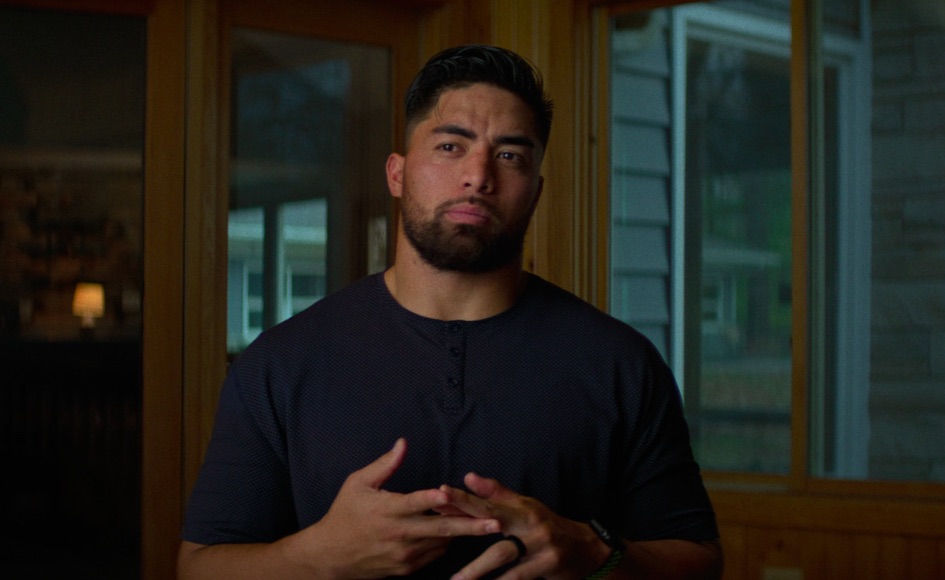 Netflix’s ‘Untold: The Girlfriend Who Never Existed’ follows the story of a rising star in football and how he was catfished. At the center of the story is Manti Te’o, whose career looked brighter than any of his contemporaries. It wasn’t just that he was really good at the game, but he also had the image of a dedicated person of faith, and more importantly, a person who had faced deep personal tragedy. But it all came crashing down when it was revealed that his tragedy was never real, that the girlfriend that Te’o claimed had died never really existed. After watching the documentary, you’re naturally wondering what he is up to now. We’ve got you covered. Here’s all you need to know about Manti Te’o’s present life.

Where is Manti Te’o Today?

Manti Te’o lives in Utah with his wife Jovi Nicole, whom he married in 2020. They have a daughter, Hiromi, and a dog, Prince. In 2013, Te’o was drafted by the San Diego Chargers in the second round. Since then, he has played for teams like New Orleans Saints and Chicago Bears. As of now, he is a free agent. Apart from football, Te’o has also found a footing in real estate. He is the CEO of HI 5 Homes, a real estate investing company in San Diego. He is also the co-founder of Ohana Homes and Investing in San Diego.

Te’o made a name for himself in football at a young age, enjoying an illustrious college career at Notre Dame. He was also a Heisman Trophy runner-up in 2012 and the winner of awards like the Maxwell Award, Lott Trophy, Bednarik Award, and Walter Camp Award, among others. His talent for the game was already a talking point for the media and the fans, but he was especially celebrated for his dedication when it was revealed that he’d lost his grandmother as well as his girlfriend within the span of less than a day. He received a ton of sympathy, but it all turned around just as quickly when an article on Deadspin revealed that his dead girlfriend never existed.

Following this, the spotlight shifted entirely from his football career to his personal life, having an adverse effect on both. While some said that he was in on the hoax, he denied these claims, expressing just how traumatic the whole thing was for him. “You have someone you love die. And you find out the person isn’t real—that it’s all a big prank. You still go through the feelings of losing that person. The relationship, to me, was real. The illness, the accident, her dying—these were all real to me. So my feelings about them were real,” he said.

He said that he’d been very angry about the whole thing, but now, has moved past that anger and has forgiven Naya Tuiasosopo, who was behind the hoax. Though it took some time for him to realize that he needed to forgive himself too. “Honestly, I’d say I’m never going to be completely normal. It’s always going to be something that’s just there all the time, in the back of my head. Every day, in every situation with people—conversations, getting Facebook messages—I’m thinking about all the angles. What does that mean? Wait, stop, who really is this person? I would say I was naïve and I was just unlucky. I was naïve in that I trusted this ‘person.’ But a lot of things just happened, all together, to make this just a case of bad luck,” said Te’o.

Now, with the controversy buried in his past and a happy family in his present, Te’o is more focused on the future. Speaking about the ridicule he had to face because of the incident in the Netflix documentary, he says he is ready to take all of that in his stride if he can be an inspiration to even a single person. “In a time that we need more love, in a time that we need more light, it can start with us, it starts with the person you see in the mirror in the morning. I’m constantly trying to do my part,” he said.