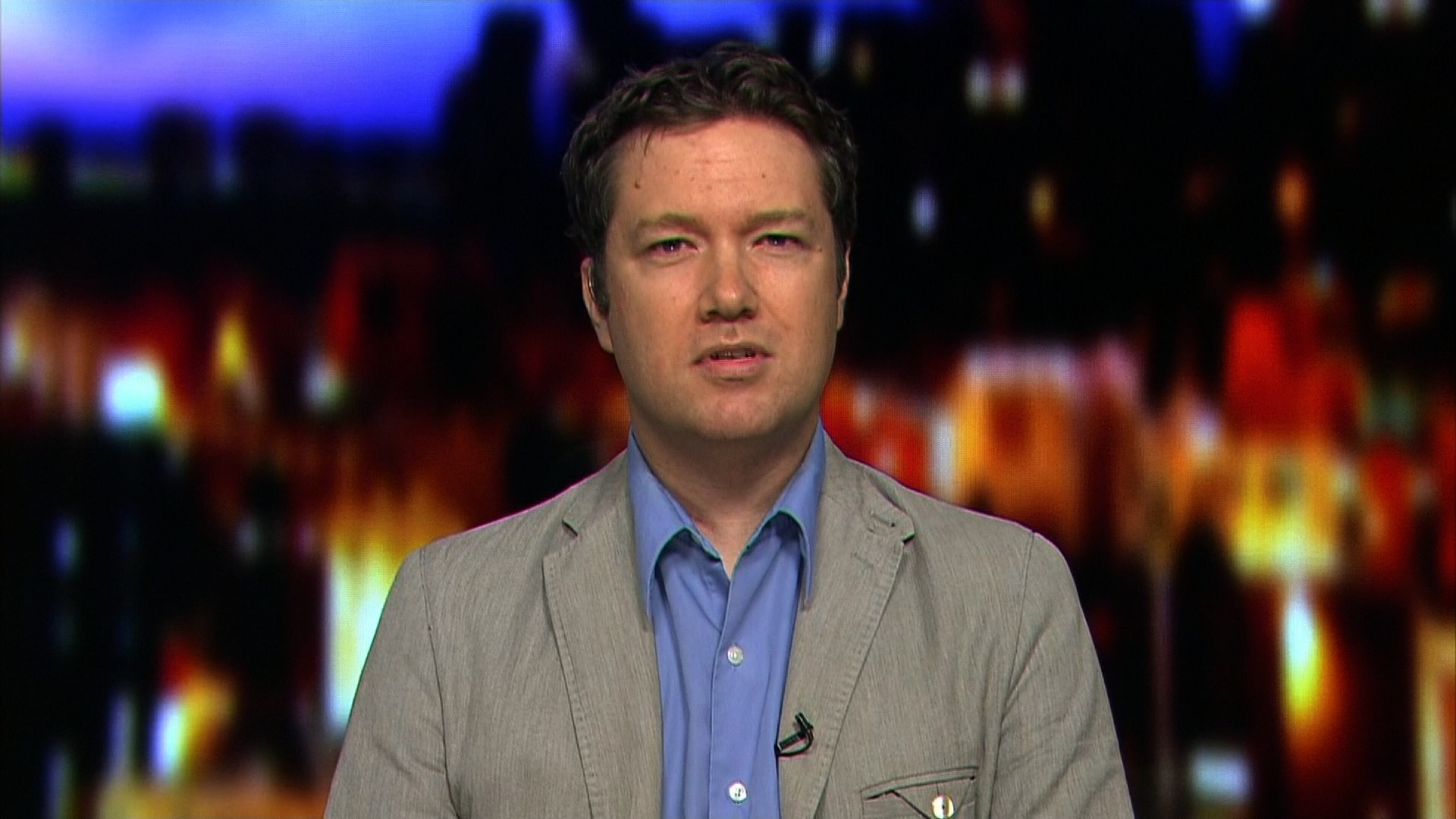 Netflix’s ‘Untold: The Girlfriend Who Didn’t Exist’ documents the real-life incident of how catfishing can be devastating for the victim, harming their reputation and professional career, and even jeopardizing their private lives. The Netflix documentary narrates the scathing tale of senior high American linebacker, Manti Malietau Louis Te’o, who was catfished by an alleged acquaintance. Manti had joined the prestigious institution of Notre Dame on a football scholarship and brought long-lost glory to the Notre Dame Fighting Irish football team, being pegged for NFL glory.

However, Te’o’s fairy-tale rise became more sensational after getting a tragic flavor. He lost both his grandmother and long-distance girlfriend, Lennay Kekua, in a span of 24 hours, and yet saw Notre Dame to the championship game. However, everything took a devastating turn when a shocking truth about his girlfriend was revealed by two Deadspin journalists – Tim Burke and Jack Dickey. Who is Tim Burke, and where is he now? Let’s find out.

Who is Tim Burke?

Timothy Burke earned his Bachelor of Science degree in broadcast journalism from Ohio University in 1999 and a Master of Arts degree in Communication and Rhetoric from Eastern Michigan University in 2000. He earned his doctoral degree from the University of South Florida in 2008, researching systems theory and cybernetics in Communication Studies. He also had a graduate certificate in women’s studies, a total of a decade in publishing research in media, critical/cultural, and feminist communication theories, and teaching speech and communication classes.

But Tim’s rise to fame began that fateful Friday when he got an anonymous tip while working at Deadspin from an intern named Jack Dickey. According to Jack, he was “this eccentric master of databases and analysis,” with tools none of them had. Jack even said, “I would wager at that time maybe a dozen journalists in the whole country had (those kinds of tools).” Tim and Jack dug deep into the story of Manti, the wonder athlete from Laie, Hawaii, who was having a dream run, putting up one splendid performance after another.

However, the investigative piece from Jack and Tim brought his world crashing down — Manti had been a victim of an elaborate case of catfishing as Lennay turned out to be a fake person created by Naya Tuiasosopo. The story turned out to be one of Deadspin’s most viewed stories ever, and it brought the impact of catfishing to the forefront, playing a major role in introducing the word to the citizens of the nation. The story even got Tim invited on CNN to speak with Anderson Cooper just hours after the story broke in January 2013.

Where is Tim Burke Now?

For the uninitiated, Tim Burke has done much more than co-author that fantastic scoop — he has produced over 10,000 GIFs and videos and was involved in some of the most massive stories of Deadspin, including the now viral montage of news anchors reading from a corporate script at local Sinclair broadcasting stations, and many more. He was a part of a media watchdog advertisement on legendary English comedian John Oliver’s popular HBO show.

Since joining Deadspin in October 2011, Tim Burke had been one of the constants at Deadspin; the organization underwent a vast amount of changes, with Tim being a part of some of the significant victories the sports blog garnered. However, in June 2018, he was one of the dozens of Gizmodo Media Group employees who accepted buyouts offered by the company as part of new budget cuts from parent company Univision. Tim announced his departure from Deadspin after nearly seven years of serving as the Video Director and Video/Assignment Editor.

ANNOUNCEMENT: With great sadness I must tell you that my seven years at @Deadspin will come to an end one week from today. Thank you to my colleagues, who are the best in the business, and to everyone who sent tips, emails, or tweets. pic.twitter.com/PKkFW2AXlL

Tim became the Director of Video for The Daily Beast in June 2018, where he produced video content for their social media handles and website, managed the budget and the video team, and created assets, among other things. After leaving The Daily Beast in April 2019, Tim formed his own company called Burke Communications. For a while, he was also a video coordinator at SportsGrid.

Tim still runs Mocksession — a website he launched in 2000 — that captures the weirdest and funniest moments from televised sports in the form of GIFs, pics, and video clips. He is also part of the Board of Directors for Jobsite Theater. He is also a member of the Writers Guild of America-East, Tampa Tiger Bay Club, League of Women Voters of Hillsborough County, the Tampa chapter of the American Civil Liberties Union, and the Old Seminole Heights Neighborhood Association.

When he is not producing appealing content or putting together a GIF on his “Burke-puter,” Tim puts his focus on growing citrus trees, bananas, and exotic chili peppers. A foster dad to a rescue Beagle, he also serves as a volunteer at Tampa Bay Beagle Rescue. At present, Tim Burke lives in Tampa, Florida, with his wife Lynn Hurtak, who is an Editor and Consultant on projects focusing on monitoring and evaluation, food security, etc.