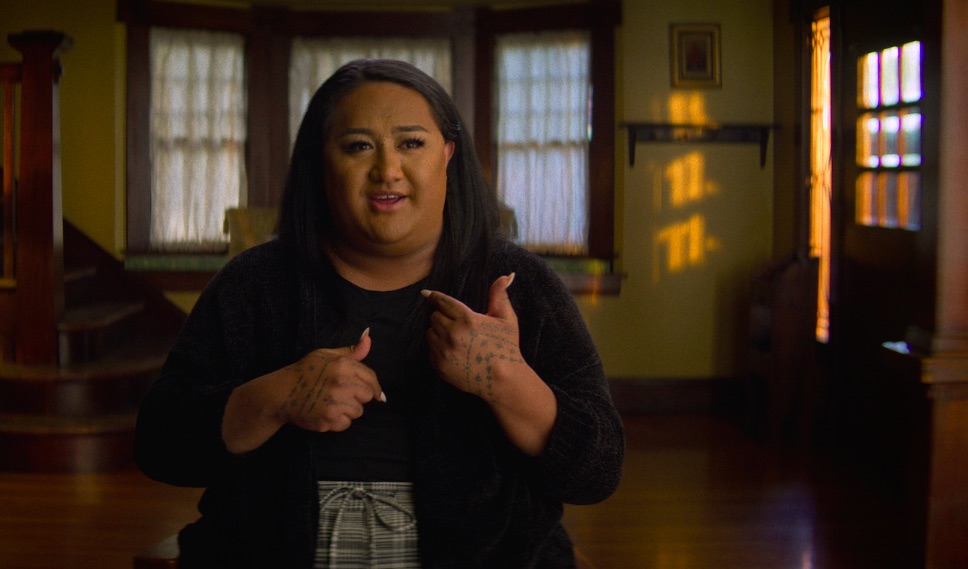 Netflix’s ‘Untold: The Girlfriend Who Didn’t Exist’ follows the true story of football star Manti Te’o and the catfishing incident that led to a controversy that affected the course of his illustrious career. On the surface, Te’o’s tale of succeeding in the face of a terrible tragedy seemed to have come right out of a Hollywood film. With his steep success curve, the media heavily talked about the incredible strength which he displayed following the death of his girlfriend, Lennay Kekua. However, it turned out that the girlfriend was a hoax created by a person named Naya Tuiasosopo. Who is Naya, and where is she now? Let’s find out.

Who is Naya Tuiasosopo?

Naya Tuiasosopo, previously known as Ronaiah, came into the news when an investigative report on Deadspin came out about Te’o’s fake dead girlfriend. She comes from a family of football players. Despite never liking the game, she felt the pressure of performing well in it. For some time, Naya had considerably good prospects of making it as a football player. However, she left all of that behind. Naya was interested in music and led the church band where her father was a pastor. She also released songs, covers, and originals on a YouTube channel that has since been removed.

Exploring her feelings about identifying as a woman, Naya made a fake Facebook profile under the name of Lennay Kekua, using the pictures of Diane O’Meara, a girl she went to school with in her senior year. After talking to a few boys with whom she’d break off when they’d ask to meet in person, Naya befriended rising football star Manti Te’o.

Over the course of a couple of years, the friendship between Naya and Te’o evolved into a close relationship where they talked about important stuff with each other, but curiously, never met. Eventually, when Naya found that it had gone too far, she decided to take Lennay out of the picture by using the story of a fatal car accident and a months-long struggle with leukemia. The truth, however, came to light, and everything exploded from there.

Where is Naya Tuiasosopo Today?

Naya Tuiasosopo lives in Carson, California. She works as an Assistant Store Manager Operations at Lowe’s Home Improvement. Following the controversy surrounding the identity of Lennay, Naya decided it was time for her to focus on herself. Prior to this, she’d been confused about her sexuality and told Dr. Phil, “You’ve heard of recovering drug addicts? It takes a lot of courage to stand and say that. To recover from homosexuality and this type of thing. Not only that, coming back to your real life, as hard of a task as that is, I’m going to do all that I can to live right.”

CELEBRATING 🚒🚑🚔 FIRE SAFETY AWARENESS MONTH 🔥💦 @ LOWE’S #2346! Thank you to our First Responders for all you do! Thank you to South King Fire & Rescue Station 62 for joining us & sharing great info on Fire Safety with our Federal Way Community! #Lowes2346 @Lowes pic.twitter.com/zIGGy0sSIO

Naya has, since, moved on with her life. She, now, identifies as a transgender woman. She has also found her passion for Siva Samoa and can often be seen performing in programs celebrating the Polynesian culture. As for what happened with Te’o, Naya expressed that she got emotionally invested in that relationship. She said, “Truth of it is, that happened, I grew feelings, I grew emotions that sooner or later I couldn’t control anymore. When I tried to end things I tried every other way to end this I tried this lie and this lie and this lie but nothing would work. He [Te’o] really fell in love with this character. It is what it is.”

Naya has maintained a distance from the spotlight since the controversy faded and has refrained from giving interviews. While she wishes that the whole thing with Te’o and Lennay had never happened, she confessed in the Netflix documentary that being Lennay helped her figure out some stuff about herself, and the 32-year-old hopes that her story helps someone else as well.