Investigation Discovery’s ‘Deadly Women: Anger Mismanagement’ follows two murder cases, one of the victims being 32-year-old Marcus Lemons in Compton, California, in February 2009. His wife of three years, Tomiekia Johnson, was convicted of the homicide, though she and her family maintained that it was an act of self-defense. So, are you interested in learning more about the case, including the current whereabouts of Tomiekia? Let’s find out.

In 2009, Tomiekia Johnson was a young African American woman in her late 20s when she was accused of murdering her husband of nearly three years, Marcus Lavar Lemons. According to family sources, she was born and raised in Compton, California, and enrolled in Cal State Dominguez Hills after graduating from Gardena High School with honors. She desired to join law enforcement since she was a little girl. Hence, it was a dream-come-true moment for her when she was accepted into the Police Academy for the California Highway Patrol soon after graduating with a Bachelor’s degree in Criminal Justice. 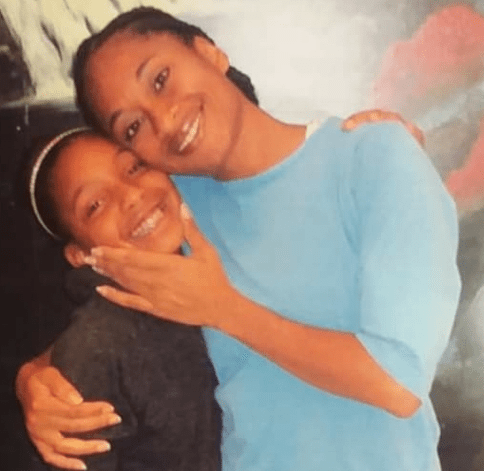 As per local reports, Tomiekia graduated top of her class, securing 14th rank, and was the top-ranking female officer in the (CHP) Academy. By 2009, she had completed seven years as a California Highway Patrol Officer, winning several accolades and earning the respect of her peers. Police records show Tomiekia was serving as a spokeswoman for recruitment at the time and often featured in police advertisements and radio broadcasting, aiming to promote a promising career in law enforcement with the California Highway Patrol.

The show mentioned how she met her future husband, Marcus, at a local bowling league, and the two dated for approximately a year before tying the knot in 2006. Their marriage was followed shortly by the birth of two children, and the couple reportedly led a happy and blissful family life. But all was not well in the marriage, and it soon became apparent on a fateful night in February 2009 when Marcus ended up dead, and his wife was accused of murdering him. According to court records, Tomiekia and Marcus were having drinks at a TGI Friday’s in Compton on February 21, 2009, when they had a bitter argument.

According to prosecutors, the argument ended with the veteran patrol officer pulling out a loaded .25 caliber semiautomatic handgun containing five live rounds and one round in the chamber. She allegedly shot Marcus in the head and drove a few miles to her parents’ residence with his body before calling 911 and reporting the crime. Investigators found an expended .25 caliber shell casing behind the driver’s seat and the murder weapon with the hammer in the cocked position and the safety lever in the center position.

Where is Tomiekia Johnson Today?

Tomiekia Johnson had claimed she shot in the upper torso area when their argument developed into a bitter physical altercation, highlighting she never intended to kill him. As per her court testimony, she alleged she was driving home and trying to ignore Marcus, who continued to yell at her throughout the drive. She testified, “When I continued to ignore him, he reached over and grabbed my neck.” She further contended she had pulled aside at 91 Freeway and asked him to walk home when a violent Marcus allegedly snatched her car keys out of the ignition and tried to take her purse. 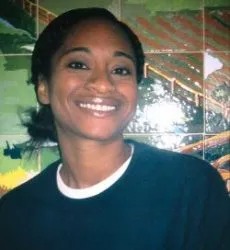 Tomiekia asserted, “I think he wanted my purse for the gun in the purse.” As their struggle over her purse ensued, she alleged she accidentally shot Marcus, stating in court, “I was not trying to kill Marcus. I would never try to hurt him. He always hit me.” Her defense counsel portrayed Marcus as an aggressive individual prone to excessive drinking while painting her as a victim of domestic violence. As per reports, her defense counsel presented videos allegedly showing Marcus cursing and yelling names at her. The defense even stated a 2009 incident where a stranger had to call 911 after witnessing Marcus abusing Tomiekia.

However, the prosecution presented the autopsy report that concluded the gun was in contact with Marcus’ head, the victim was in the front passenger seat, and the assailant stood near the front passenger door frame, based on the trajectory of the bullet and the wound. They also offered testimony from friends and relatives of Marcus who described him as “a peaceful man,” while court documents stated she had “a past history of making threats, firing her weapon, and engaging in threatening conduct, including, inter alia, against Marcus.”

Tomiekia was charged with the first-degree murder of her husband in January 2011 and arrested while she was at her desk job. She was held at a $2 million bail and went to trial on January 10, 2012. She was convicted and sentenced to 50 years to life in prison in March 2012. As per official court records, Tomiekia, now in her mid-40s, is incarcerated at the Central California Women’s Facility and will be eligible for parole in December 2031.

Read More: Claire Hough Murder: How Did She Die? Who Killed Her