Where is Michelle Kramer Today? 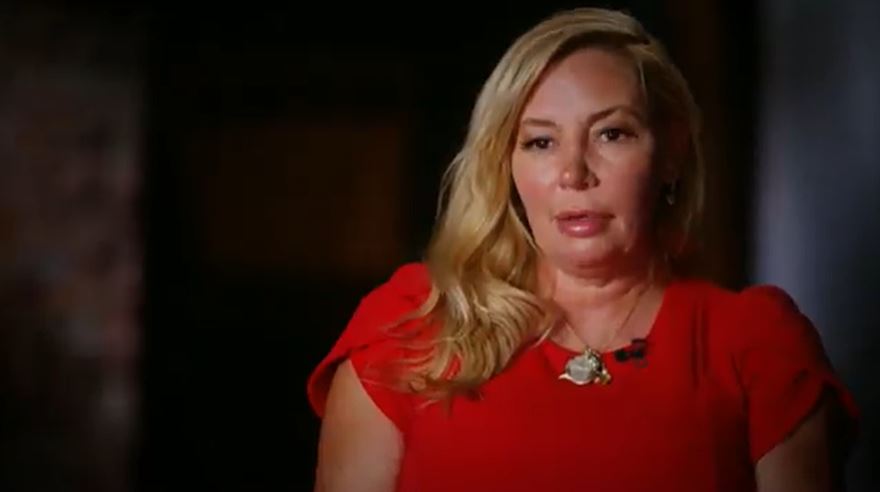 NBC’s ‘Dateline: A Wanted Man’ is an episode that examines the tale of Dr. Mark Weinberger, a successful sinus surgeon who had vanished during a family vacation in Greece, leaving his wife, Michelle Kramer, in a debt that amounted to nearly $6 million. Accused and convicted of billing patients for numerous seemingly useless procedures, this doctor’s story is one of twisted greed and power that affected more than a single individual. With that said, though, if you’re curious to know more about his then-wife and where she is today, we’ve got the details for you.

Who is Michelle Kramer?

Michelle Kramer, a graduate student, had married Dr. Mark Weinberger, a prominent surgeon with a lucrative private practice just on the outskirts of Chicago, in Merrillville, Indiana, when she was 27-years-old. According to her accounts, her husband was bringing in as much as $200,000 a week at one point. Therefore, it was not surprising that they owned a private jet, an 80-foot yacht, a five-story townhouse, and took many trips around the world with ridiculously expensive shopping sprees. Michelle thought Mark was her best friend, and she was ready to follow him anywhere.

In the months leading up to Mark’s disappearance in September 2004, his wife learned that he had more than 300 malpractice lawsuits against him accusing him of using false diagnosis and scare tactics to make his patients undergo needless surgeries. However, she never believed any of these claims. In fact, when Mark asked Michelle if she would be willing to relocate from Chicago to Europe for a simpler life, she simply agreed, not realizing that her husband was completely serious. Plus, they had their own problems to deal with, including a miscarriage.

Therefore, to celebrate Michelle’s upcoming 30th birthday with a new and fresh start, Mark decided that they needed to take a luxurious vacation on their yacht to the Greek islands. Yet, the supposed joyous occasion ended in gloom and despair when Michelle awoke on their first morning there to find her husband gone. As time passed by, though, it became clear to her that the man she’d known since she was 25 wasn’t coming back. After all, the search for the doctor only turned up shredded documents, survivalist gear, and $6 million in debt, that is, until 2009.

Where is Michelle Kramer Now?

In 2004, Michelle Kramer, who had been studying at the Chicago School of Professional Psychology while working in a center for veterans, was utterly distraught. Thus, upon returning to America, she talked to the embassies, the police, and the companies her husband often worked with or hired in an attempt to find clues about his whereabouts. However, once Michelle learned the realities of his actions, she decided to find him only to bring him to justice. “In a crazy situation,” she said, “you can either retreat and give up, or act crazy to survive.”

In October 2005, Michelle filed for bankruptcy to deal with the debt Mark had left for her. But in the months that followed, she managed to resume her medical studies thanks to student loans, a job at a neuropsychologist clinic, and a night job at a club. She had held on to the hope that she and her husband could still reconnect, but when their anniversary passed, and she still heard no word from him, she filed for divorce. From what we can tell, Michelle has since moved to Baltimore, where she has a general psychology practice.

Having completed her Ph.D., Dr. Michelle Kramer has not seen or spoken to her former husband since the day he disappeared, admitting that she still can’t comprehend how she married a monster without even realizing it. Calling Dr. Mark Weinberger a narcissist, she has stated that “It makes me sick to think of how he funded our lifestyle. But in the end, I won. I was more than a ‘formidable foe.'” After all, Michelle now lives an ordinary life, working marathon days and worrying and caring about her new and remaining family.