Where Is Michelle Wilkins Now? 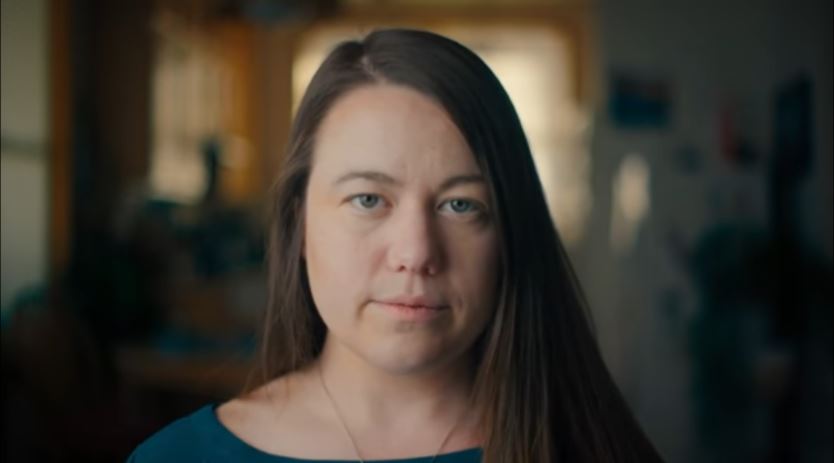 Investigation Discovery’s ‘Impact of Murder: Stolen Dreams’ chronicles the horrific story of how a seven-month pregnant woman was attacked, slit open, and left to die in the basement of a home by another woman. It starts with a 911 call, as a dispatcher hears the distressed plea of the victim in Longmont, Colorado, and then goes on to uncover the heinous event that connects the two women together. The victim, Michelle Wilkins, actually ended up losing her child, her daughter, in the worst of ways. Curious to know more about her ordeal and where she is now? Here’s what we know.

Who Is Michelle Wilkins?

Michelle Wilkins was seemingly content with her life in 2015. She had a good home, a positive mindset, and she was more than ready to welcome her daughter, who she’d named Aurora, to this world. However, just one bad encounter took all that away from her. On March 17, 2015, she answered a Craigslist ad for maternity and baby clothes. Then, the next day, shortly before noon, when she arrived at the seller’s home – Dynel Lane, a former nurse’s aide – she was brutally attacked and left to die. All Michelle knew was that her throat had been slit open, so when she dialed 911, that’s what she said. It was only when she arrived at the trauma bay at a Boulder County hospital did she discover that a gash that stretched across her abdomen had been made to abduct her baby.

Michelle’s unborn child had been removed from her body by a woman who was so deranged that she thought that the child could be hers. And, unfortunately, while Michelle survived this incident, her daughter did not. According to the official report given by the Boulder County coroner’s office, Aurora’s death was the result of an instance of “fetal demise.” No other cause of death or characteristic is given for the 34-week-old fetus. We should mention that although Michelle was made to stay in the ICU for recovery for about 5 days, with her help, Dynel Lane was arrested and charged quite quickly. And, when her case went to court, Michelle not only gave a testimony about the events of that day – where she said that she could feel her intestines outside her body – she also directly addressed her attacker.

“Up to this very moment you refused to acknowledge us, the victims of your violent actions. I am a compassionate person, this is the foundation of the beliefs from which all others grow. It is clear that you need healing and my sincere belief is that you get it,” she said. “You embraced your narcissistic fantasy that fulfilled the lie you created, and it was more important than my right to live and Aurora’s right to live…Your inability to acknowledge the immense cruelty and evil you committed only proves you are not fit to walk free amongst us ever again.” With the last part, Michelle said that she saw Dynel’s sentencing as a way to give Aurora some justice. In the end, she added that although she is angry at her, she has also forgiven her.

Where Is Michelle Wilkins Today?

After the trauma that turned her world upside down, Michelle Wilkins moved back to her hometown in North Carolina. But now, five years later, at the age of 31, she is back in Boulder County – to the source of her pain as well as her healing. Michelle has admitted that after Dynel Lane’s trial, she felt very uprooted and like she didn’t have a connection with any place or anyone, so she had to do something active and decided that returning would be for the best. Now residing in north Boulder and going by the name of Ellie, she says that healing, although a slow process, is possible. And, for her, therapy, volunteering in the community, acupuncture, dancing, and biking have all played a role.

“There’s multiple things happening in the process of healing,” she said. “There is the active participation, going to therapy, exercising every day. Then there are other ways that are more receptive, the process happening inside of us that we don’t always have control over. The pain, and being honest about it as we work to be more present. That’s what I think is the difference between getting caught in a loop of trauma and being overwhelmed by the trauma. Slowly but surely it’s possible to really find your ground so that you won’t be overwhelmed, but all the while you acknowledge and are being honest with it.”

“It’s been a long process, and it’s going to be a long process, and I don’t ever anticipate a day that I won’t grieve my daughter or won’t be impacted by that experience.” But, she maintains that by being a victim, she will not be bound by perpetual suffering. Therefore, she is volunteering with the probation department and is also involved in local non-profit organizations like Natural Highs and Golden Bridge. And now, she is hoping to pass on her newfound love of cycling as a therapeutic activity via a program through Natural Highs, for which she is collecting donations and equipment.

Along with all this, Michelle/Ellie Wilkins is also trying to raise money so that she can afford to keep going to school, at the Prescott College, in a program for clinical mental health and body-based counseling. She is even in the process of finding an editor and publisher for a book, a memoir, that she has been working on. In it, she will detail every bit of her experiences and highlight how she has been able to move on from it.