Where is Motel Makeover Filmed? Where is The June Motel Located? 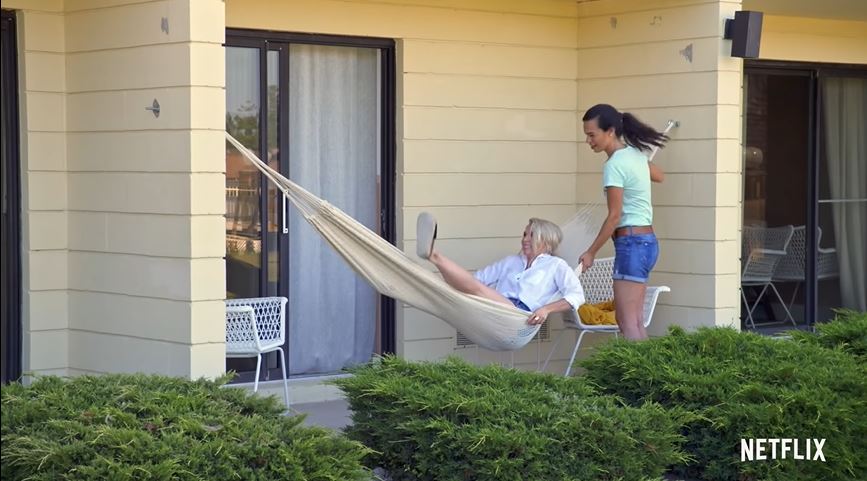 Netflix’s ‘Motel Makeover’ gives us an inside look into how friends turned moteliers, April Brown and Sarah Sklash, transform a run-down property into a millennial haven — The June Motel. With this only being their second venture, they take on a 1970’s inn and manage to convert it into a cozy yet picturesque motel even with time and budget constraints while also facing the COVID-19 pandemic. In other words, they demonstrate why they are considered budding entrepreneurs who’re on their way to build an empire. In case you’re wondering where The June Motel is located, we have got your back!

April and Sarah’s vision and design magic are such that even though they are not seasoned vets, their work illustrates their passion and experience within the industry. After all, they quit their 9-5 jobs and started their business in the summer of 2016. Since then, the two have never looked back, using their love for travel, wine, and creation to re-image the motel experience in Ontario. So now, if you wish to know the precise locations of these Canadian-based hospitality establishments, along with the specific details of where the filming of this captivating and feel-good show took place, we’ve got you covered.

Located in an unincorporated area in the southwestern region of Ontario, Sauble Beach is a charming town on the Bruce Peninsula, along the shores of Lake Huron. As a coastal community, it is not only beautiful but also peaceful and quiet, serving as the perfect getaway for those who enjoy a casual, laid-back environment. Thus, The June Motel (transformed from The Knight Inn Motel) is located at 11 Sauble Falls Parkway, merely 1640 feet from the actual beach. 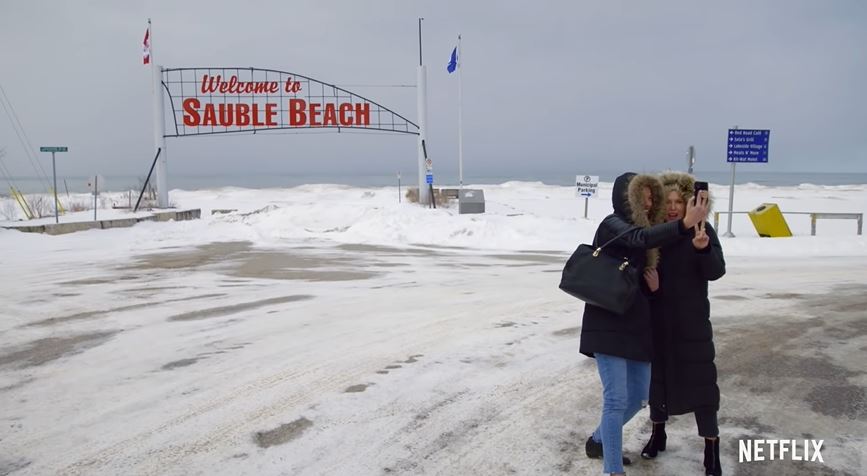 As seen in the series, this motel consists of 24 rooms (double and king), the Heydays restaurant, a swimming pool, gift shop, and lounge, with a bar that acts as a check-in point.

The original June Motel, which we see a few glimpses of, is located in Prince Edward County in Ontario. Its exact address is 12351 Loyalist Parkway, Picton, indicating that it overlooks the bay and is less than 3 miles (4.5 km) from the lake on the Mountain Provincial Park and 11 miles (18 km) from the Sandbanks Provincial Park beaches. 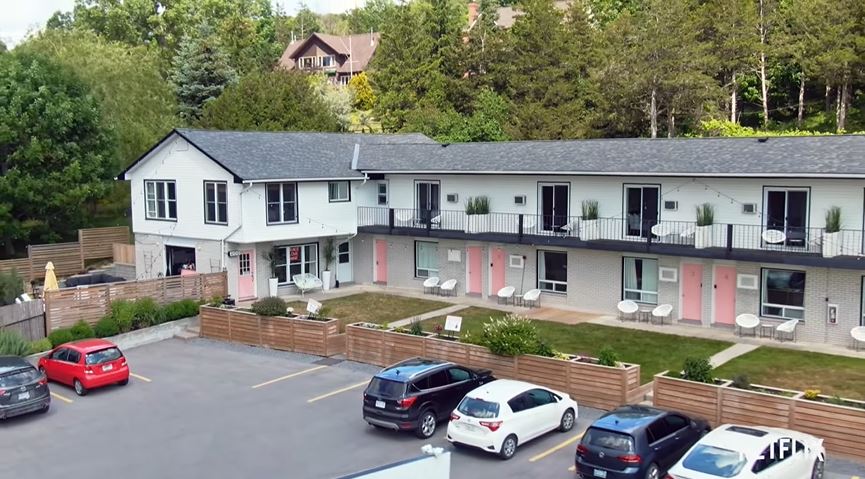 Like the establishment on Sauble Beach, it is family-friendly, romance-friendly, and perfect for a girls’ vacation. We should also mention that the 2015 documentary ‘Al Purdy Was Here’ was shot near this area as well.

Another filming location for ‘Motel Makeover’ in Ontario is Miller Island, a vintage store at 4 Caroline Street West, Creemore, where April and Sarah buy most of the furniture for their motel-side residence. In this region, ‘Skinwalkers’ (2006), ‘Love Alaska’ (2019), and ‘The Injustices’ (2019) were filmed.

Another antique store to appear in this series is The Apartment, located at 238 Queen Street East, Downtown Toronto in Ontario. It curates one-of-a-kind rare vintage pieces, so it’s perfect for April and Sarah to sift through and splurge a little on for the actual motel.