Where is Nathan Lee Now?

Denise Lee’s happy life with her husband and children came to an abrupt halt in January 2008 when she was abducted from her home by a stranger. Investigation Discovery’s ‘The Night That Didn’t End: My Name is Denise’ chronicles this very case. Michael King, the kidnapper, raped and then murdered the young woman, and her remains were found about two days later in a shallow grave. Denise’s husband, Nathan Lee, was the one who initially reported her missing. Curious to know where he is now? Here’s what we know!

Who is Nathan Lee?

Nathan and Denise had met for the first time as teenagers. Denise, a high schooler, met Nathan at a community college where she had been taking a few courses. They fell in love, and that soon led to marriage. By 2007, the couple had two kids, Noah and Adam. At the time, Denise had put her degree on hold to take care of the kids while Nathan worked three jobs. Their life seemed to be going great after renting a house in North Port, Florida.

But it all changed on January 17, 2008. Nathan came home from work that afternoon and found that Denise was missing. Her phone and keys were still there while there was no trace of her. He quickly called 911, and there began the ordeal. Through eyewitness reports and other 911 callers, there was a steady flow of information regarding where Denise possibly could have been, but it always seemed to be too late.

Among the 911 callers was Denise herself, who used Michael’s phone to make that call without him knowing. It was through that phone number that Michael’s identity was later confirmed. The frantic search for Denise ended in tragedy when Michael was arrested later in the night. Denise’s body was found two days later, close to where Michael had been arrested. While Michael stated that both he and Denise were victims of a kidnapping, the reality was far different. 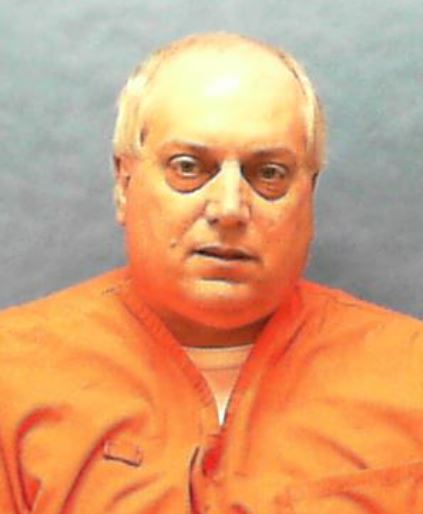 He had taken her back to his residence after abducting her and raped her there. There were signs that someone was held captive over there. Michael was convicted of the kidnapping, rape, and murder of 21-year-old Denise Amber Lee in 2009. Among the 911 calls that were made, one of them really stood out. It was from a woman who pulled up beside Michael’s car at a stoplight around 6:30 PM that evening.

She had heard what she thought was a girl screaming and later noticed a hand that was banging on the back window of Michael’s car. While she made the call, it was routed to the neighboring Charlotte County, and the dispatcher failed to pass on this crucial information to patrolmen on the road. Denise was shot only about three miles from where this 911 call was made. A missed opportunity, it spurred in 23-year-old Nathan to pick up something very important in the wake of his wife’s death.

Where is Nathan Lee Now?

Nathan Lee had initially struggled to deal with Denise’s death and the ensuing civil lawsuit. He stated that he needed to be strong for his sons and that he just suppressed his feelings. The “missed” 911 call led to him suing the Charlotte County Sheriff’s Office for negligence, a lawsuit which he won. He then started the Denise Amber Lee Foundation six months after his wife’s death with the idea to improve how 911 operating centers work.

“It’s been a journey, but I guess our family really decided early on that we’re going to do what we had to do to honor Denise and make sure her death wasn’t in vain,” he said. Soon, he quit his day job as a manager at Best Buy. As the CEO of the foundation, he has worked towards ensuring higher training requirements for 911 operators and has given speeches all over the country regarding these changes.

He uses his story to bring awareness to the issue. On the personal front, Nathan has been married to Tanya Lee since 2018. Apart from Adam and Noah, Nathan also has a daughter from a relationship he had sometime after Denise’s passing. He lives in Englewood, Florida, with his wife and children. He is also a musician who had previously attended Jacksonville University and the University of South Florida.