Where is Nevenka Fernandez Now?

Netflix’s ‘Nevenka: Breaking the Silence’ is a three-part limited series that delves into the case of a young woman who dared to speak up about the sexual harassment against her long before platforms like social media or the #MeToo movement existed. Profiling the very first Spanish #MeToo story, in this documentary, Nevenka Fernández talks about her ordeal for the first time in 2 decades, revealing all the details of the hell she went through while facing not just her assailant but also a chauvinistic society. So now, if you’re here curious to learn more about her, we’ve got you covered.

Who is Nevenka Fernández?

With degrees in Economics and Auditing from the University of CEU-San Pablo and the Complutense University of Madrid respectively, Nevenka Fernández was a councilor for the Treasury of Ponferrada when her whole world turned upside down. Between 1999 and 2000, the young woman was responsible for the Department of Finance in León, working under Mayor Ismael Álvarez Rodríguez, a member of her party. They worked closely together until Nevenka was let go because of a few issues. But then, in March 2001, she shocked the world by publicly denouncing her former boss for sexual harassment. 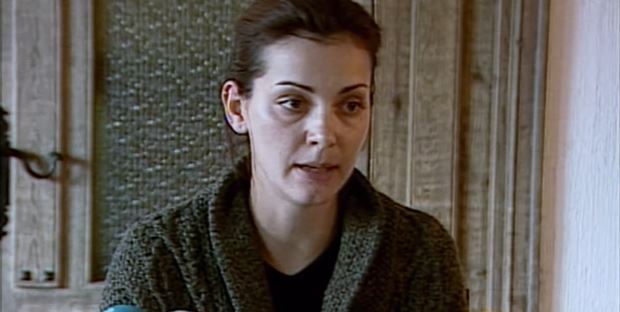 At that time, the 26-year-old detailed how the mayor sexually and labor harassed her after she ended the relationship they had gotten involved in for a few months. Nevenka subsequently took her case to the Superior Court of Justice, where she made history by winning the legal battle. After all, it was the first time a Spanish politician was convicted of sexual harassment. Unfortunately, though, Nevenka’s actions towards her ex-boyfriend were not appreciated in her community. There, the narrative said that there was no room for a woman who had freely maintained a relationship and then deemed it fit to accuse her partner.

Where is Nevenka Fernández Now?

On the day of Ismael Álvarez Rodríguez’s conviction in 2002, Nevenka Fernández realized that she faced a danger that she could have never expected. Although she had already been receiving threats and suffering social shunning, it was when four thousand residents protested outside the court in support of their former mayor that Nevenka understood that her battle with the world would continue for years to come. Unable to do anything about it, though, the economist moved to Madrid, where she had the support of her then-boyfriend and his family.

Yet, even there, Nevenka continued to receive bone-chilling threats. One anonymous caller even went as far as to tell her, “We are going to shoot you but we are not going to kill you. So when you go out, try to look well to both sides,” implying that they wanted her to spend the rest of her life in hiding and in pain. Eventually, because of Nevenka’s allegations against a man in power, which she worked hard to prove, she found it challenging to find good work in Spain despite her brilliant resume. Thus, she had to pack her bags and permanently relocate to the United Kingdom.

Nevenka Fernández was offered many opportunities to cash in from her ordeal, but she preferred to stay well away from the spotlight. In fact, for the last 20 years, it seemed as if she had genuinely disappeared from the face of the Earth. It is only now that she has decided to break her silence by appearing in the Netflix documentary on her case. Although, in 2004, a journalist did pen a book about her, entitled, in rough translation, ‘There Is Something That Isn’t As They Tell Me: The Case of Nevenka Fernández Against Reality.’ As per the last reports, Nevenka currently resides in London. Not only has she gotten married, but she is now a mother as well.