Where Is Pablo Vergara aka Morbid Now? 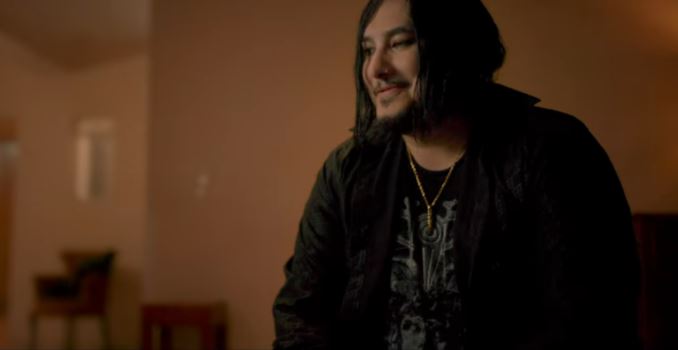 Netflix’s ‘Crime Scene: The Vanishing at the Cecil Hotel’ is a four-part documentary series that explores the precarious surroundings and the dark secrets of the Cecil Hotel in downtown Los Angeles by focusing on the 2013 disappearance and death of Elisa Lam. The 21-year-old was last seen alive in the hotel on January 31 and was reported missing soon after, sparking a global internet inquiry. This strange matter then gave way to various conspiracy theories, including the involvement of a death metal musician called Morbid. So now, let’s find out all that there is to know about him, shall we?

Pablo Camilo Vergara, born August 31, 1982, in Mexico, took up the stage name Morbid Blackstar when he decided to pursue a career in the music industry. He said this name gave a tangible representation to his dark subconscious, which is also why he favored the gory genre of black metal as his outlet. “Everyone has a shadow self,” Pablo said on the Netflix series. “Everyone has a secret self that they hide from others. I believe in embracing the monster within me. You know, I can do whatever I want when I’m Morbid. I can get away with anything.” However, he added that this does not mean that he killed Elisa Lam.

Pablo, as Morbid, had spent a few days at Cecil in 2012, had released a music video about a woman facing a grim death days after Elisa’s disappearance, and then, he came out with a song talking about a girl losing her life in water, leading internet sleuths to suspect him as Elisa’s killer. But at the time of the actual incident, Pablo was in Mexico recording his album, for which he even had hard proof. Unfortunately, the internet didn’t see it that way, and he received so many death threats that he ended up having a meltdown. “There was no escape,” Pablo said. “I tried to take my life and I woke up in a psychiatric hospital.”

Where Is Pablo Vergara Now?

As Pablo revealed in the limited series, he isn’t much of an active musician anymore. The fear of his words being misunderstood eats him up. But that is not to say that he hasn’t done wonders in other aspects of the entertainment industry. Today, Pablo, an alum of the prestigious New York Film Academy (NYFA), works as a producer, director, screenwriter, cinematographer, and actor. He has credits for them all in various feature films and music videos. Pablo’s most notable work, though, is his original movie, ‘Necromurder: A Black Metal Story,’ which he not only wrote, directed, and produced, but also acted in and composed the music for.

In an interview with NYFA, when asked why Pablo now primarily focuses on filmmaking, he replied, “I became a father and was struggling in a failing music career where basically I was stuck and being ripped off left and right and was going nowhere. So I decided to make a drastic decision, and that was to change careers and move into film, another of my main passions! I shot many, many music videos and some music documentaries while being a pro musician, so it was just underlying for me. Film it is!”

Even with a career spanning over 25 years now, there are no signs of Pablo slowing down or stopping anytime soon. Pablo Camilo Vergara, a resident of Beverly Hills, California, currently also serves as the President and Founder of The List Productions, an Executive Producer at Global Watch Films, and President of the RAMIFF Rock and Metal International Film Festival. Along with all this, Pablo is hoping to land a student loan soon so as to finally have the opportunity to finish his second year of Master’s in Fine Arts in Filmmaking at NYFA.