Where is Paul Keller Now? 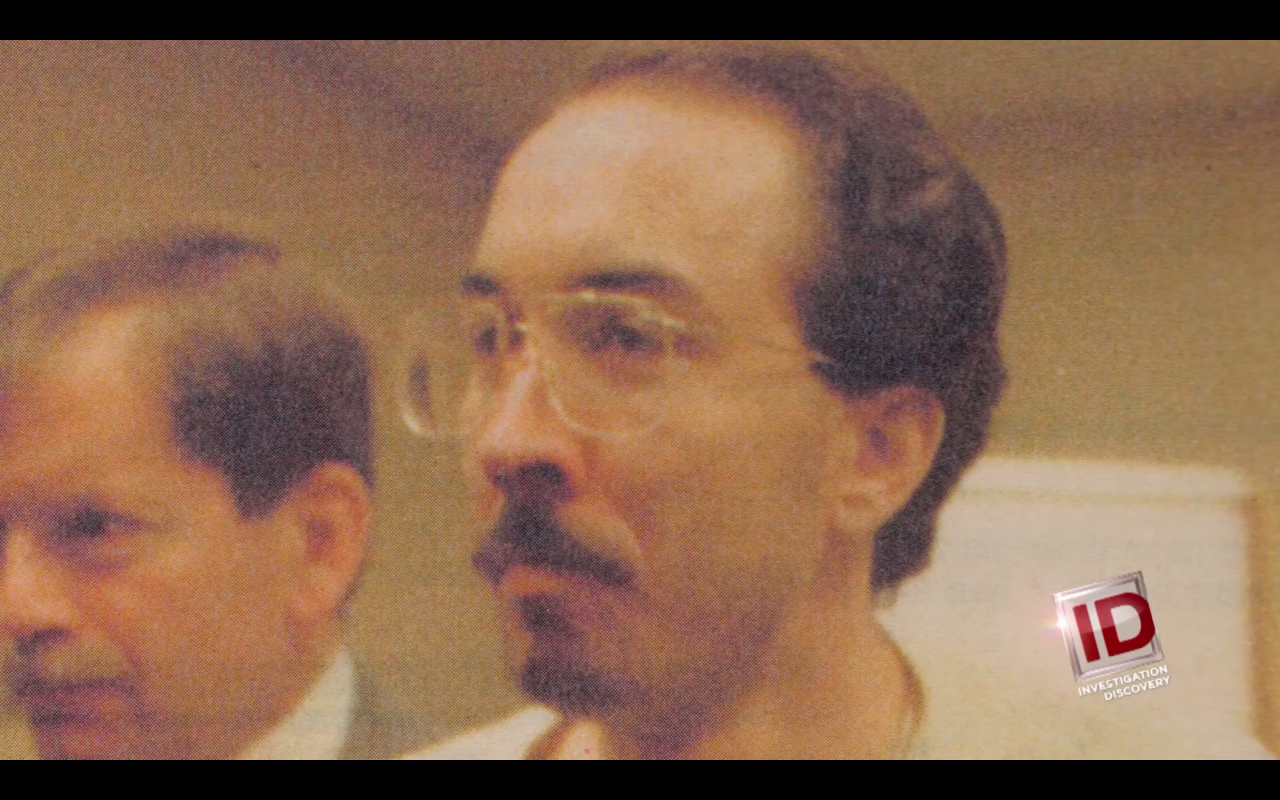 Investigation Discovery’s ‘Evil Lives Here’ is a poignant show that retraces many a notorious crime through the perspective of the culprit’s loved ones. Each episode delves deep into the upbringing of the perpetrators through exclusive interviews with their family and friends. In the episode titled ‘My Love For My Boy Is Unchanged,’ the case of Paul Keller is discussed, and if you’d like to learn more about him, then we have got you covered.

Who is Paul Keller?

Born on January 6, 1966, to George and Margaret Keller, Paul is one of America’s most prolific serial arsonists. He was born in Everett, Washington, and his parents were Lutherans. During his birth, the umbilical cord was untied, and he nearly lost his life in the process. He has two siblings— Ruth Wacker and Ben Keller. He graduated from Watson Groen Christian School in Seattle.

George revealed that Paul had a history of being fascinated with fires. In fact, when he was around 8 or 9, he set fire to a neighboring vacant house. Dee Egge, his aunt, also stated that he was a hyperactive child, but at the same time, he was bright and happy. In fact, when he was caught setting fires in other incidents, the Kellers ensured that Paul learned about the consequences of his actions by having authorities lecture him on the dangers of fire.

Paul’s story was also featured on ‘Forensic Files’ and it was revealed that he had been sexually abused by a volunteer firefighter when he was just 12. Consequently, he was emotionally distressed. Although Paul was on medication for the hyperactivity as a child, he stopped treatment as he grew up and also stated that he did not need any professional counseling. His interest in fires sustained through his adulthood as well. 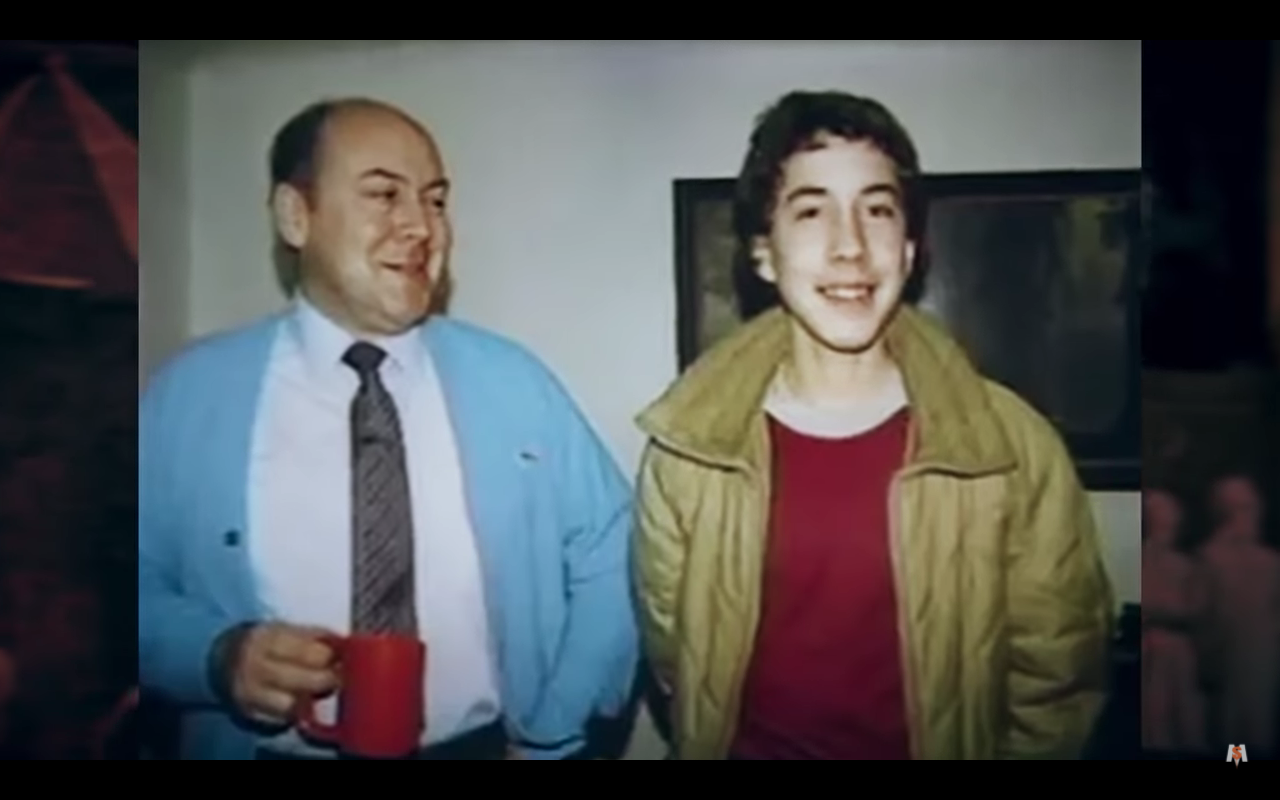 Paul worked as an advertising salesman in Everett. Following a divorce and a bankruptcy, he was not in the best mental state. Paul, the pyromaniac, was falling apart, and his aunt also stated, “Success was key to Paul in everything he did. He felt that if you were not successful, then you would not be accepted. I think he wanted us to feel that he was above asking for help.”

It was actually Paul’s father who turned him into the authorities. You see, the arsonist had been able to evade capture for a while. When a behavioral profile and a sketch was released to the public, George knew it was his son. The locations of Paul’s business trips also corresponded to many of the arson sites. George received a $25,000 reward which he donated to the Trinity Lutheran Church in Lynnwood, one of the locations Paul had burned down.

Where is Paul Keller Now?

Back when Paul had been arrested, the Keller family also released a statement: “In this horrible time of sorrow and suffering, we wish to express our deepest compassion to every person, every family, every business, and every church harmed by our son and brother, Paul Kenneth Keller. Pain and loss has also come to our home. Our prayers are with you.”

Though three people lost their lives, there were many more who lost everything as a result of the fire. His attorney, Royce Ferguson, called Paul a misunderstood man. A major point in the defense’s strategy was the many mental health issues that the arsonist had. George, despite turning Paul in, did his best to rally their friends and family to portray his son in a more sympathetic manner in court. Ellen Fair, a senior deputy prosecutor, said, “When somebody’s house burns down and every single possession they had is gone, then to say it was only property does a real disservice to the victims.” 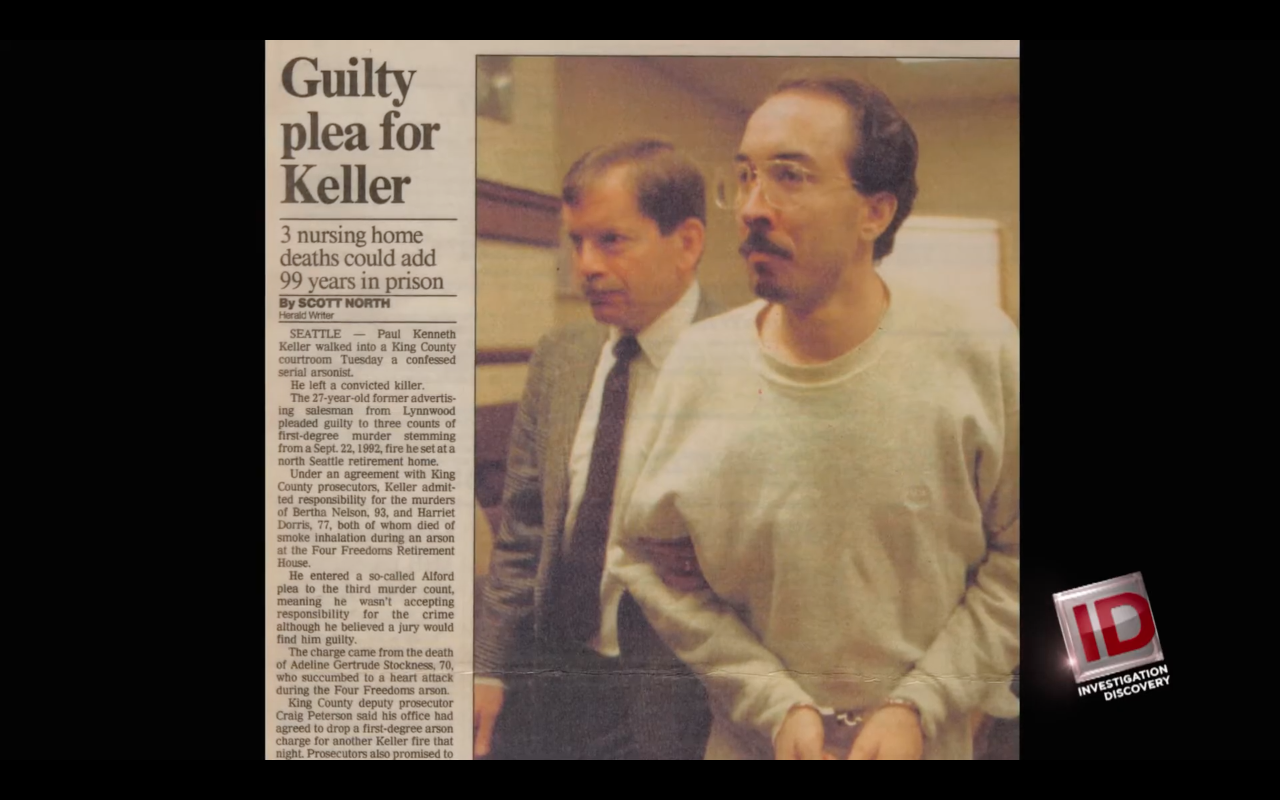 Initially, Paul denied any involvement, and it was only when the investigators praised his work that he confessed to setting 76 fires. He also said that he was under the influence of either alcohol or drugs before he set most of the fires— “When I knew I had done them, I was sad, not excited. No joy. Just confusion or remorse. I thought, ‘There goes somebody’s business.’”

Investigators stated that the motives behind the fires varied. Lt. Randy Litchfield, who was a Seattle fire investigator, said, “It’s kind of an unfortunate luxury. You get to know a little bit more from each fire.” It seemed that Paul had targetted suburbans homes because they reminded him of a tough upbringing, and he had focused on retirement homes as it was a reminder of the anger he felt at his grandfather’s passing. Paul pleaded guilty for 32 of those fires and was sentenced to 75 years behind bars. Then, he pleaded guilty to 3 counts of first-degree murder for the death of the aforementioned senior citizens. Today, he is serving a 107-year prison sentence and will be eligible for parole in 2079. According to the Washington State Department of Corrections’ website, the 54-year-old inmate is housed at Monroe Correctional Complex.

It must be noted that Ellen said this about his confession— “When we look at the videotapes (of Keller’s confession), we don’t see anything like remorse. At the very least he seems completely unfazed by it all. I think he’s sorry he got caught.”