Where Is Phyllis Broker Now?

Netflix’s ‘Trial 4′ is a great addition to its roster of true-crime documentary series.’ Like all of its predecessors, it is just as intriguing, powerful, and mind-boggling as ever. It chronicles the tale of Sean K. Ellis, a black teenager from a rough neighborhood in Boston, who spent almost 22 years behind bars for a murder he didn’t commit. The series also highlights how racial injustice and corruption within law enforcement have been prevalent for decades now.

Sean stood trial three times in a single year before he got convicted, and all of those who played a part in his case are named in this eight-part series. Among them is, of course, prosecutor Phyllis Broker. Curious to know more about her? Here’s what we found.

Who Is Phyllis Broker?

Phyllis J. Broker graduated from the Northeastern University School of Law in Boston, Massachusetts, with a degree in the field in the 1970s. Subsequently, she engaged in both public and private practice, trying hundreds of cases in the court of law as a prosecutor, some of which were quite high-profile. By the time 1993 rolled around, Sean Ellis was charged and arrested for the slaying of Boston Police Detective John Mulligan.

At the time, Phyllis was so successful that she had landed the position of Assistant District Attorney. She became the Chief Prosecutor in this very publicized case and had the responsibility of seeing it through – getting both Sean Ellis and his partner, Terry Patterson, convicted. During their 1995 trial, Phyllis Broker painted the picture of how the pair killed the Detective as they wanted to steal his gun after seeing him asleep in his vehicle while on duty.

“Mulligan died because he wore a badge, and his gun was stolen because his alleged killers wanted a ‘trophy’ from their victim,” she told the 12-member jury. She added that after Sean was done with his errand of buying diapers, he hatched a plan with his friend, drove to a nearby residential area, parked the car, and returned on foot to execute the officer. Phyllis had a few witnesses to back her theory, but during Sean’s third trial, she didn’t call upon a couple of them, resulting in a direct timeline and his conviction.

Where Is Phyllis Broker Now? 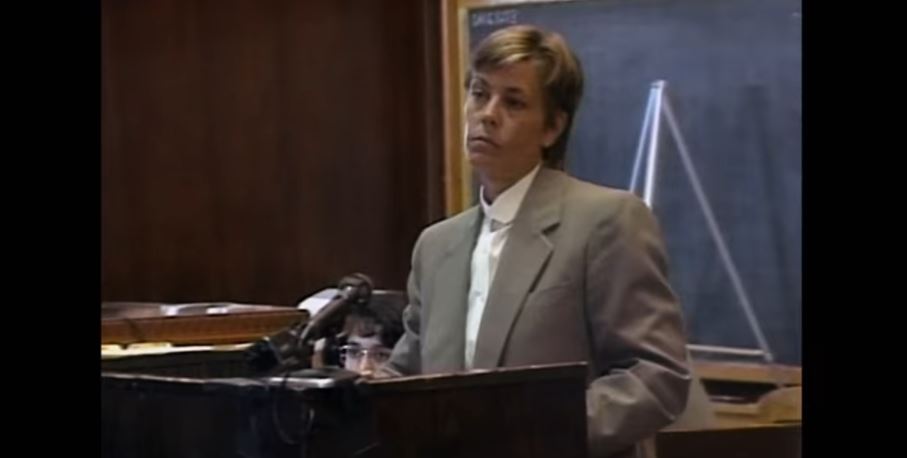 Phyllis Broker continued with her prosecuting career for as long as possible, getting wins after wins because of her zealous nature and fierce methods. Eventually, she was promoted to the position of a Judge, where she handled cases in the District Court. But in 2010, upon reaching the mandatory age, she retired as an honorable judge from the Woburn District Court in Middlesex County, Massachusetts, with the title of Justice.

Broker’s career – long-lasting, prosperous, and mostly involving her getting the right verdict – ended on a positive note. And today, Phyllis Broker, residing in Massachusetts, continues to play a part in the system by being involved in some of the various events set up by the state.