Where Is Preston Taylor Now? Is He Still in Jail?

Authorities dove headfirst into a puzzling case when Sarah Stern went missing from her hometown of Neptune City in New Jersey. Although the police initially believed it to be death by suicide, evidence soon pointed toward a gruesome homicide. ‘Dateline: The Betrayal of Sarah Stern’ chronicles the mysterious incident and shows how the investigation led straight to Sarah’s childhood friends,  Liam McAtasney and Preston Taylor. If you are intrigued by this case and want to find out where Preston is at present, we have you covered.

Who Is Preston Taylor?

A resident of Neptune City, Preston was pretty popular in his community, and people knew him to be an ambitious young man. Interestingly, he and Sarah went way back, as they attended school together, went to junior prom as each other’s dates, and even graduated high school at the same time. In fact, the two remained on good terms even after graduating high school, which made Preston’s involvement in her death even more shocking.

Sarah Stern went missing from her Neptune City, New Jersey, home on December 2, 2016, and a taxi driver located her abandoned vehicle on a bridge between the township of Belmar and Avon-by-the-Sea. Although the keys were still inside the car, there were no proper leads in the initial days of the investigation, and law enforcement officials believed that Sarah had died by suicide. Moreover, according to the show, another one of her childhood friends, Liam McAtasney, even came forward and claimed that Sarah had been suicidal for quite some time and even had a fallout with her father. However, the victim’s family outright refuted this claim and insisted that Sarah would never take her own life.

Hence, the police decided to continue their investigation and soon learned that Sarah had inherited a handsome amount of money after her mother passed away. Considering that to be a motive behind the murder, they began interviewing several of Sarah’s acquaintances until they came face to face with Preston Taylor. Initially, Preston claimed that he knew nothing about the murder, but once authorities pressurized him for an answer, he dropped his act and came clean. Preston revealed that Liam McAtasney initially planned on robbing Sarah and getting away with her inheritance money, but the robbery turned into a murder.

Nevertheless, Taylor insisted that by the time he reached Sarah’s residence on that fateful day, she was already dead, and he helped move the body into the backyard. Subsequently, later that night, Preston and Liam put Sarah’s body into her own car, drove to the bridge, and threw her into the river. Besides, Preston even stated that they made it looks like Sarah had committed suicide and that Liam planted the suicidal theory in order to take suspicion away from them. Even though Preston and Liam were soon arrested and charged with Sarah’s murder, readers should note that the victim’s body has not yet been discovered.

Where Is Preston Taylor Now?

When produced in court, Preston pled guilty to the charges against him, which included hindering apprehension, committing a robbery that cause bodily injury, tampering with evidence, and desecrating human remains. As a result, he was sentenced to eighteen years in prison in 2019, and the judge mentioned that he would be eligible for parole after serving 15 years, 3 months, and 17 days of his original sentence. Additionally, he was also ordered to pay $10,000 in fine as part of his punishment. 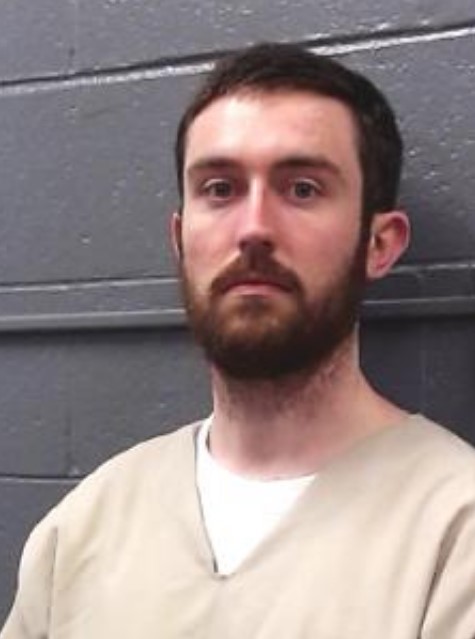 In the months following his sentencing, Preston had tried to get his prison term reduced, but his petition was shot down. Eventually, his lawyers tried to get the sentence shortened one more time, but in a 2022 decision, the appeals court decided to stick with Preston’s original 18-year prison term. However, they saw an issue with the $10,000 fine and decided to hold a hearing in order to discuss the same. Nevertheless, with no change to his sentence, Preston remains incarcerated at the New Jersey State Prison in Trenton, New Jersey, and will be eligible for parole in 2032.