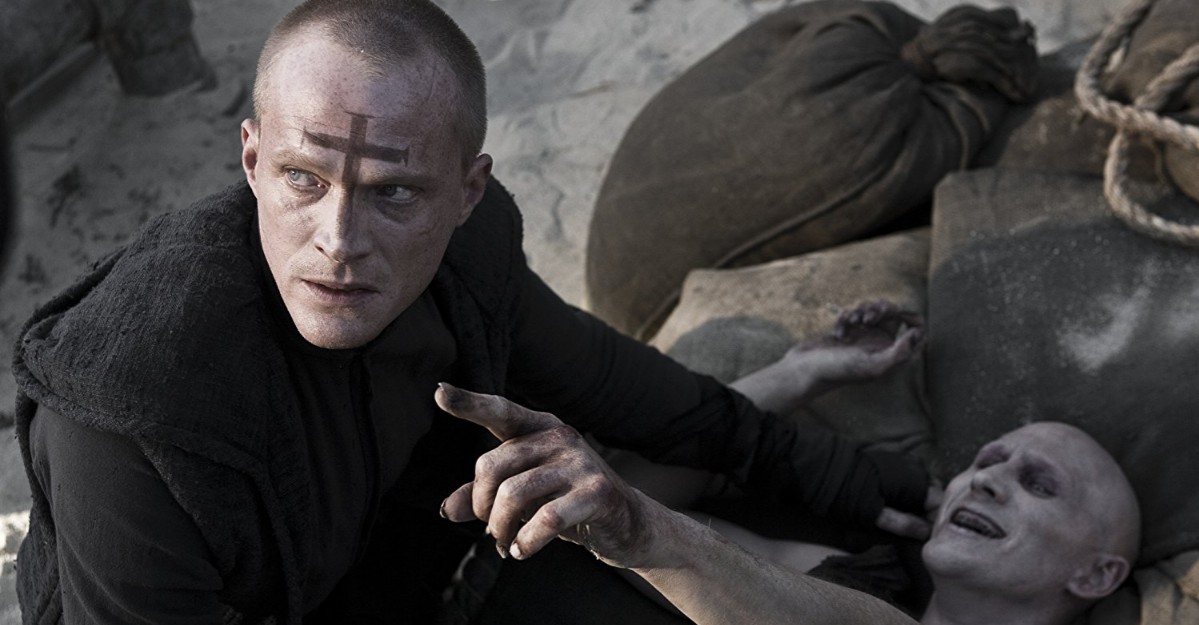 ‘Priest’ is a superhero movie that can also be classified as vampire fiction, science-fiction, or fantasy. The movie tells an action-packed, speculative story that is based on a Korean comic or manhwa of the same name. The film is directed by Scott Stewart and stars Paul Bettany, Maggie Q, and Cam Gigandet.

The movie is set in an alternate universe where humans and vampires have been warring for centuries. As a result, most humans have started to live in a walled city that is under the control of a theocratic organization known as The Church. Priests are an elite group of warriors who had been specially trained to fight vampires. However, after reducing the threat of vampires to almost zero, the Priests started to be marginalized.

In one of the outlying towns, a girl named Lucy gets kidnapped by a group of vampires. The town’s Sherriff, who is also Lucy’s lover, asks a Priest to help him rescue Lucy since the Priest is Lucy’s uncle. The Priest defies the Church to rescue Lucy.

‘Priest’ is set in an alternate universe and has an aesthetic which many might find similar to ‘Mad Max: Fury Road.‘ In fact, the Korean comic that the movie is based on is set in the Old West. Hence, the Western setting is not coincidental. It dominates the film and contributes to the setting a lot. Hence, many viewers might have wondered where ‘Priest’ has been filmed.

‘Priest’ was almost entirely filmed in the state of California, mostly in and around Los Angeles. There have been numerous Western movies filmed in California. Plus, thanks to the state’s geographical landscape, it would not have been hard for the filmmakers to find the perfect spots for filming.

One of the locations where the movie was filmed is the Mojave desert. Despite being the driest desert in all of North America, the place was still not barren enough for the movie’s needs (according to local sources). Hence, it was touched up with some VFX. Within Mojave desert, filming was carried out in the El Mirage dry lake. Have a look:

Out at El Mirage on "priest". http://twitpic.com/ow1sn

Next, filming was also carried out on Soggy Dry Lake and Cuddeback Dry Lake. The following tweet proves that:

Moreover, filming was also undertaken in various production facilities. One of them was the Melody Ranch on 24715 Oak Creek Avenue in Newhall, California. The production facility has served as the filming location for as many as 750 “B” Westerns.

Back the old Melody Ranch, where they shot #Deadwood and where I shot #Priest. #6gun

Apart from Melody Ranch, other production facilities where ‘Priest’ had been filmed include Warner Brothers Studio in Burbank and Sony Pictures Studios in Culver City. Apart from that, filming was also carried out at the Trona Pinnacles and Long Beach. Moreover, filming was also undertaken in Santa Clarita and on S Spring Street in Los Angeles.

Read More: Will There be a Priest 2?