Where is Queer Eye Filmed? 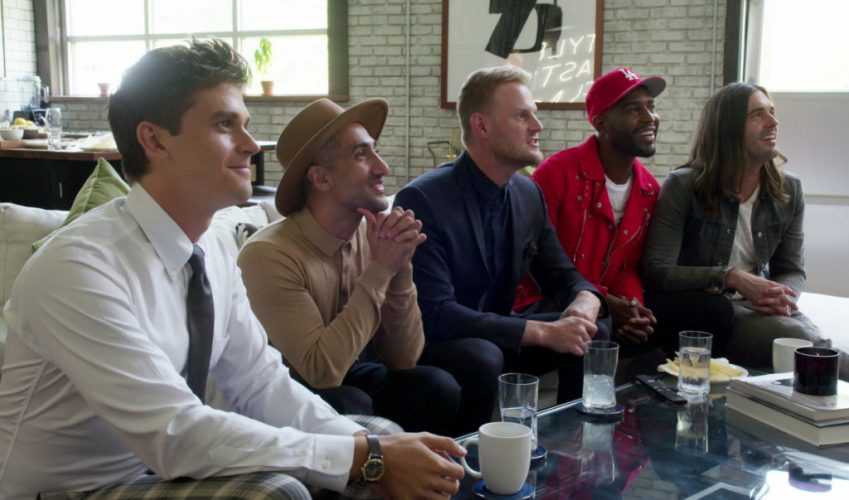 Several shows and movies boast of being feel-good. However, few of them are able to nail that kind of feeling completely and responsibly. ‘Queer Eye‘ is a show that might just be one of the most wholesome productions you would see. The reality series is a remake of a Bravo show, which was originally titled ‘Queer Eye For the Straight Guy.’ The reboot is a Netflix Original.

‘Queer Eye’ can be defined as a “personal makeover show.” Each episode, a group of five makeover experts known as the “Fab Five” visit a person who is struggling in one or more areas of their life. The Fab Five help the person with their refreshing perspective, giving them not only a better way to look at things but also some much-needed self-confidence.

The Fab Five includes Antoni Porowski, who is a food and wine expert. Tan France, on the other hand, is a fashion expert who helps redesign participants’ wardrobe. Karamo Brown is a culture expert who shares some much-needed insight while Bobby Berk is a design expert. Lastly, Jonathan Van Ness is a grooming expert.

Several viewers would have wondered where ‘Queer Eye’ is filmed. As mentioned earlier, the Netflix Original is a reality show, each episode of which revolves around a particular person who is struggling in one or more areas of their life and seeks some advice. Hence, the show is filmed where this participant stays. The Fab Five visits them and tries to solve their issues throughout the episode. Each season of the show is mostly set in a different location. This is obviously done for logistical reasons. Hence, every season, the Fab Five visits different people in the vicinity.

The sixth installment of ‘Queer Eye’ is all set to bring the Fab Five’s rainbow positive vision to Austin, Texas. Have a look at the Instagram post below which shows the Fab Five at El Aroyo, a Mexican restaurant on 1624 W 5th St in Austin:

The fifth season of ‘Queer Eye’ is set and filmed entirely in Philadelphia in Pennsylvania. In the fifth installment, the Fab Five visits another bunch of unique participants, including a homosexual priest and a mother struggling to devote time to her kid.

The Philadelphia season will have more episodes than any other "Queer Eye" season. https://t.co/tgJR13ztFw

However, the first episode of the season has been set and filmed in Illinois. To be more specific, it is filmed in Quincy Town: the place where Jonathan Van Ness grew up. The person that the Fab Five gives a makeover to is Kathi, the music director of Van Ness’ high school: Quincy Senior High School.

The second season of ‘Queer Eye’ is set and filmed in Georgia. Filming was carried out in Gay, Dahlonega, Decatur, Atlanta, Duluth, Athens, Maysville, and Clarkston.

The first season of ‘Queer Eye’ was also filmed in Georgia. Filming was carried out in Covington, Norcross, Atlanta, Marietta, Winder, and Dallas (Georgia).

A special episode of ‘Queer Eye,’ titled ‘Yass, Australia!’ was set and filmed in Australia in the town of Yass in New South Wales. It was released on June 21, 2018. Apart from that, a collection of four special episodes was set and filmed in Japan. However, these episodes are billed as another production on Netflix titled ‘Queer Eye: We’re in Japan!’ Filming for this production was undertaken in Mitaka City, Ni-chome, Naka-ku, and Tabata.