Where Is Raymond Santana Now? 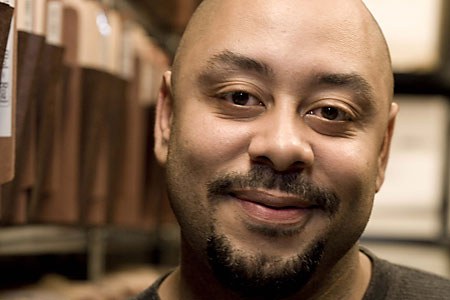 ABC’s ’20/20: One Night in Central Park’ chronicles the story of how Trisha Meili was brutally beaten and raped in Manhattan’s Central Park on April 19, 1989, and what transpired after that. The Central Park Five, the ones who were convicted of the crime against her, have since been re-christened the Exonerated Five, because they were just five Black and Latino teenagers, who, in 1989, were at the wrong place at the wrong time. They – Korey Wise, Kevin Richardson, Antron McCray, Raymond Santana, and Yusef Salaam – were wrongfully convicted thanks to the desperation of the law enforcement officers who were responsible for handling the case. Let’s first look at where Raymond Santana is now, shall we?

Who Is Raymond Santana?

Raymond Santana, from Harlem, New York City, was just 14-years-old when he was taken into police custody on the evening of April 19, 1989, at approximately 10:15 pm. At that point, he, along with 20 other teenagers, including Kevin Richardson, was only there because of the attacks, assaults, and robberies that occurred in Central Park that evening. That was the only thing that he would have been apprehended for, that is, until Trisha was discovered, naked and bloodied, at around 1:30 am.

Then, the police began searching for her perpetrators and accused Raymond of being one of the individuals who were responsible for her savage assault. He was questioned for hours on end, with little to no breaks allowed. At one point, his grandmother arrived at the station to be with him during his interrogation, but he has said that the officers used shady tactics to confuse her. While one of them would take her out of the room, to presumably talk to her, the other would raise the heat of questioning to pressure him into giving the answers that they wanted

In the end, confused and scared, Raymond “confessed” to being involved in Trisha’s assault, both on tape and in a signed written confession. He later specified that his confession, just like the ones of the other four, were coerced. But, they remained a part of the evidence that was presented at his trials. On August 18, 1990, Raymond, who was tried as a juvenile, was found guilty (wrongfully) of rape and assault and was sentenced to serve five to ten years in prison, in a correctional facility.

Where Is Raymond Santana Now?

Raymond served his prison sentence in full and was released after five years. After that, he has gone on to live his life. In 2002, after the convictions of the Central Park Five were overturned thanks to the confession given by Matias Reyes, the five boys, now men, sued the City of New York for malicious prosecution, racial discrimination, and emotional distress. This case took a long time, but, in 2014, it was finally settled, with the city giving them $41 million – $1 million for each year that they spent in prison. So, of course, Raymond’s share of it was $5 million.

Now in his 40s, Raymond resides in Duluth, Georgia, a city near Atlanta, with his wife and daughters. Last year, he got engaged to the former reality star, Deelishis, and this year, in June, they tied the knot in a beautiful ceremony surrounded by a few close friends and family members. Raymond also closely works with the Innocence Project and travels to New York from time to time to fulfill his obligations as a member of the New York City Justice League. Apart from that, he also runs his own company, a clothing company, by the name of Park Madison NYC, which is named after the place where he grew up.

Raymond is also a public speaker, the producer of ‘Bloodsworth: An Innocent Man,’ and is responsible for having ‘When They See Us,’ the Netflix series about the Central Park Five case, made. After all, he was the one who tweeted Ava DuVernay, the director, in 2015, asking about the possibility of such a thing happening. (Featured Image Credit: Innocence Project)