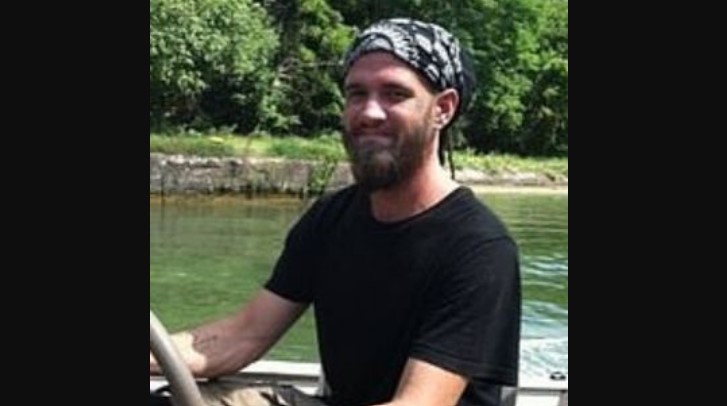 In September 2015, the authorities found Lindsay Haugen with an unresponsive man in her car. That person was later identified as Robby Mast, her boyfriend of less than a month, and he was dead. In the second season of Netflix’s ‘I am a Killer,’ the episode ‘In Her Hands’ focuses on the strange reason why Lindsay claimed to have killed Robby and what happened in the aftermath. So, if you’re curious about the same, here’s what we know.

How Did Robby Mast Die?

Robert Glenn “Robby” Mast was born in May 1990 in Saint Petersburg in Pinellas County, Florida. His parents divorced when he was young, but he had a great relationship with his mother, Dori, and stepfather, Gene. Robert left home at the age of 18 and then led a transient lifestyle, hopping trains, hitchhiking, traveling across the country, and working jobs when he could. The family also stated that he had been dealing with substance abuse and alcoholism in addition to being “depressed.”

At the time of the incident, Robby was traveling from Washington to North Dakota with Lindsay Haugen, whom he had met in August 2015. They stopped in Billings, Montana, to drink wine and have pizza in the parking lot of a Walmart. On September 15, 2015, the authorities called about a possible drunk driver in the parking lot sometime in the evening. Lindsay, the driver, was approached by the police in a different parking lot a few minutes later. Robby was unresponsive in the passenger’s seat. Efforts to revive the 25-year-old were unsuccessful, and it was later revealed that he was choked to death.

Lindsay Haugen, then 32, was frantic and told the police that she had been attempting CPR for 20-30 minutes. The authorities then dug into Lindsay’s life to better understand what happened. She grew up in a religious household but began rebelling as a teenager and ran away from home. Lindsay’s life took a dark turn briefly when she started using heroin. But once she realized she was pregnant at 17, she turned her life around.

While Lindsay’s mother took care of the baby, she enlisted in the National Guard. But while her professional life was going well, her personal life wasn’t the same. Lindsay began a relationship with an abusive man she met sometime in 2013. He beat her, raped her, strangled her, and broke her hand and nose during different instances. The man was sent to prison for the abuse in June 2015, and Lindsay quit the National Guard soon after that. There were other reports of Lindsay facing abuse in her previous relationships. In August 2015, she met Robby Mast in Washington at a house party.

The two hit it off, and Lindsay eventually decided to travel with Robby. While she said that she loved him, she also talked about his depression. Lindsay added that Robby constantly talked about wanting to die. As per the show, she mentioned to the police that Robby had begun talking about it about a week before the murder. At one point, Lindsay told him that she could help him with it if he were serious, but ultimately, she didn’t go through with it at the time.

Lindsay later stated that Robby continued asking her to kill him and that she told him she could make it happen if he really wanted it. According to Lindsay, that was what happened on September 15, 2015. She went to the back of the car and then placed Robby in a chokehold. She said, “I put my arms around his neck, and then he just bowed his head. When I started, I didn’t feel like I could really do it. I squeezed, and I could tell it wasn’t really hard enough…  he shook, and I thought maybe he was waking up and maybe he was going to stop me. But then he stopped.”

Lindsay buckled Robby’s unresponsive body and was considering dumping his body before attempting CPR. During her interview with the police, she mentioned always wanting to kill someone with her bare hands. So, when Robby brought up his death, Lindsay saw it as an opportunity. She also talked about plugging his nose and mouth for 20 minutes and mentioned that he foamed at the mouth.

Where is Lindsay Haugen Today?

Upon being questioned, Lindsay Haugen claimed that Robby kept pulling her hand back to his throat, but the police believed it wasn’t possible because he was unconscious. Ultimately, in March 2016, Lindsay pleaded guilty to deliberate homicide. A few months later, a judge sentenced her to serve 60 years in prison. Prison records indicate that Lindsay remains incarcerated at the Montana Women’s Prison in Billings, Yellowstone County. As per the show, she will be eligible for parole after serving a quarter of her sentence.

In an unusual development, Lindsay now has a relationship with Robby’s mother and stepfather, Dori and Gene Greeson, who are prison ministers. Dori said, “I just decided I wanted her to know I forgave her. And I wanted her to know that God would forgive her too if she put her faith in Him as her savior, that He not only paid for my sins but he hung on the cross for her sin.”