Where is Robert Ben Rhoades Now?

Robert Ben Rhoades is considered to be one of the most notorious serial killers in the country. Although he was convicted of three murders, the police have always believed he was responsible for many more. Investigation Discovery’s ‘Evil Lives Here: Deadly Fetish’ delves into Robert’s early life and how he came to be known as the “Truck Stop Killer.” So, if you’re curious about how Robert was finally arrested and where he is today, we’ve got you covered.

Who is Robert Ben Rhoades?

Robert was born in Iowa in 1945. After a stint with the Marine Corps after high school, he tried attending college before dropping out. Later on, Robert worked different jobs at supermarkets, restaurants, and warehouses before becoming a long-haul truck driver traveling all over the country. On April 1, 1990, an Arizona police officer, Mike Miller, noticed a truck parked by the side of the road with the hazard lights on. Mike went to check and maybe offer help, but inside, he saw a disturbing scene. 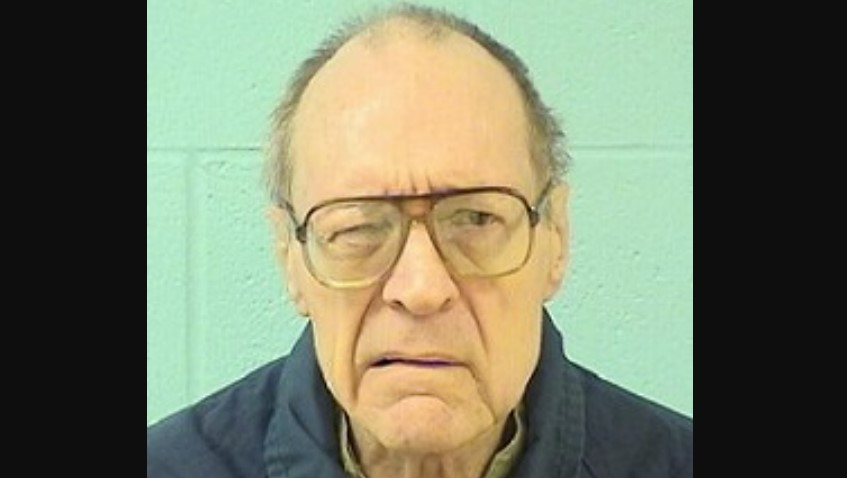 Mike noticed a naked woman bound in the sleeping cab. She screamed upon seeing him. At the same time, he came across Robert, the driver of the truck. He claimed that what was happening was consensual. Not convinced, Mike handcuffed Robert and put him in the patrol car before returning to the woman. She had injuries on her face. Soon, Robert was arrested for kidnapping. The woman later said that he picked her up from a truck stop near Phoenix, Arizona, and then shackled her while she was asleep.

Just months prior, the authorities learned that Robert was detained for a potential kidnapping when a woman escaped from his clutches and went to the police. However, she ended up not pressing charges. A search of Robert’s cab also revealed a briefcase with items of torture that he used on his victims. Realizing there might be more he possibly harmed, the police got to work. What they learned next was shocking.

Robert’s first known victims were 24-year-old Patricia Walsh and her husband, 28-year-old Douglas Zyskowski. The Washington couple were hitchhiking in Texas when he picked them up in January 1990. After killing Douglas, Robert helped Patricia for many days, torturing and raping her. Robert then killed Patricia and dumped her body in Utah. Douglas’ remains were found in Sutton County, Texas. While Patricia’s body was found in October 1990, it wasn’t until 2003 that dental records led to her identification.

About a month later, Robert picked up a runaway couple, 14-year-old Regina Walters and her boyfriend, Ricky Lee Jones, in Texas. The boyfriend was killed right away; his body was found in Mississippi in 1991 and identified in 2008. Like Patricia, Regina was supposedly kept for many days where he sexually assaulted her before killing her and dumping the body in Illinois, later found by a farmer.

Robert had kept Regina captive for at least two weeks, during which time he shaved her head and pubic hair, something that he did with all his female victims. He also made her wear a black dress and heels, pierced her, and photographed her. Ultimately, Robert killed Regina using a garrote. When the authorities searched his apartment, they found the photographs of both Regina and Patricia that he kept.

Where is Robert Ben Rhoades Now?

Robert pleaded guilty to Regina’s slaying, and in 1994, he was convicted of first-degree murder in Illinois. Robert received a life sentence without the possibility of parole. A few years later, Robert was supposed to be tried for Patricia and Douglas’ murders, but their families wanted both the murders to be tried at the same time. When that wasn’t possible in Utah, the prosecution dropped the charges and sent him to Texas for the trial.

In 2012, then 66 years old, Robert pleaded guilty to killing the couple, receiving another life sentence. The authorities also believed that he was responsible for killing more women but weren’t sure exactly how many since his extensive travel. Prison records indicate that Robert remains incarcerated at the Menard Correctional Center in Randolph County, Illinois.