Where is Robert Fisher Now? Has He Been Caught?

In April 2001, residents in a Scottsdale, Arizona, neighborhood woke up to an explosion and a house engulfed in flames. After the firefighters got the blaze under control, they had another surprise waiting for them inside. The charred remains of a mother and two children spurred a homicide inquiry. Investigation Discovery’s ‘Devil in Suburbia: Arizona Horror Story’ focuses on how Robert Fisher’s wife and kids were found murdered in their home, with Robert nowhere to be found. In case you’re wondering about the case and whether or not he has been caught, we’ve got you covered.

Why Did Robert Fisher Kill His Family?

Shortly after 8:30 am on April 10, 2001, a massive explosion in Scottsdale led the firefighters to the Fisher residence. Inside, they found 38-year-old Mary Fisher and their children, 12-year-old Brittney and 10-year-old Bobby, dead in their beds. The burned remains were barely recognizable, but the authorities quickly learned their deaths weren’t the result of an accident. All of their throats had been slashed while Mary was shot in the back of the head as well.

The investigation revealed that the house’s natural gas line was cut, and an accelerant was poured throughout the house and over the dead bodies. Then, a candle was lit, eventually causing the explosion. At the time, Mary’s husband, Robert, was nowhere to be seen. He didn’t show up to work as a respiratory tech at the local hospital, and nobody knew where he was. Given what happened and what the police eventually learned, Robert, then 39, became the only suspect in the triple murder.

Loved ones told the investigators that Robert and Mary had marital issues. The police believed that Mary was considering divorcing her husband. According to them, Robert had already dealt with divorce as a child when his parents separated and possibly didn’t want to go through the same thing again with his family. Others mentioned Robert being controlling, aggressive, and known for odd behavior; once, his friends said he talked about having killed an elk and smearing its blood over his body.

While the authorities weren’t sure precisely when the murders occurred, a neighbor mentioned hearing the couple arguing at around 10 pm on April 9, 2001. So, they believed the family was killed sometime between 9:30 pm and 10:15 pm. At around 10:43 pm, Robert was seen withdrawing money at a local ATM; he drove there in Mary’s car. On April 20, 2001, a camper called the police after locating the vehicle in a national forest in Arizona. It was wiped clean, and the family dog was left behind, but there was still no sign of Robert.

Where is Robert Fisher Today?

After the vehicle was found, the police mounted an extensive search of the area in the days that followed. But amidst challenging weather and a lack of clues, the search was called off, with Robert in the wind. Since then, there have been several theories regarding what happened to him. Robert was an avid outdoorsman and hunter in addition to being in the Navy. Therefore, some believed he was living out in the wilderness. 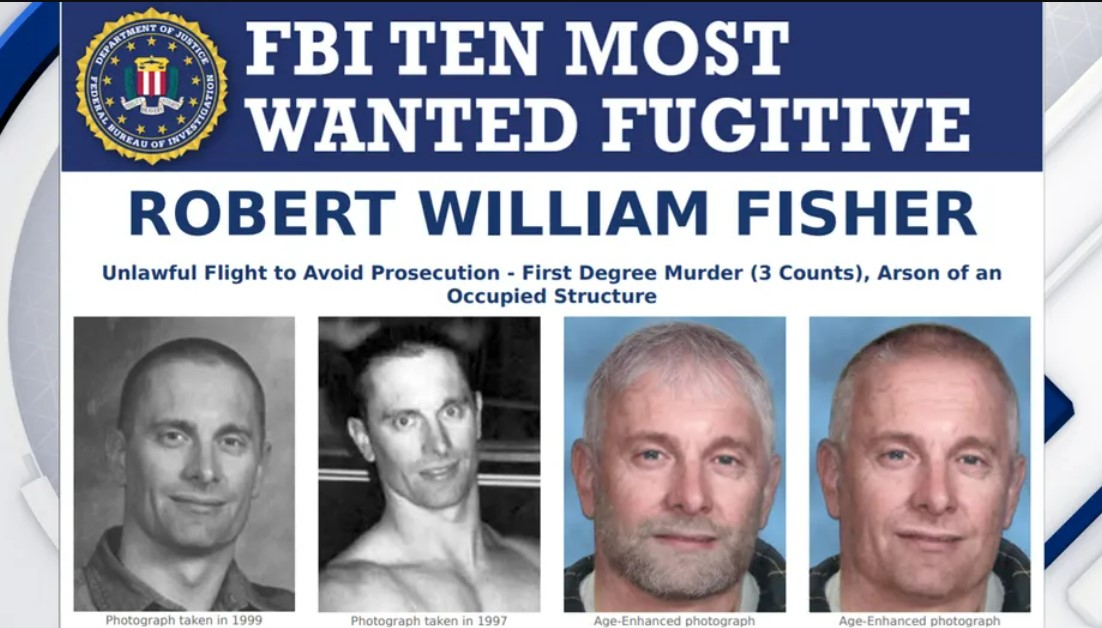 However, given the weather conditions and nobody spotting any signs of anyone living in the woods, it has been considered unlikely. Others speculated that Robert might have killed himself after the murders, with his body never being found. That’s because he had threatened to kill himself in the past when he was unhappy with his marriage. Another possibility considered was Robert leaving the country; airport security at the time wasn’t as thorough as it has become post the 9/11 attacks.

For now, the authorities continue to look for any information that could help solve the case. They hope that people who knew Robert or how he disappeared will come forward and talk. In November 2021, he was removed from the FBI’s Ten Most Wanted Fugitives List. The Bureau mentioned there was no evidence of any other illegal activity that Robert had been a part of since he was accused of murdering his family.