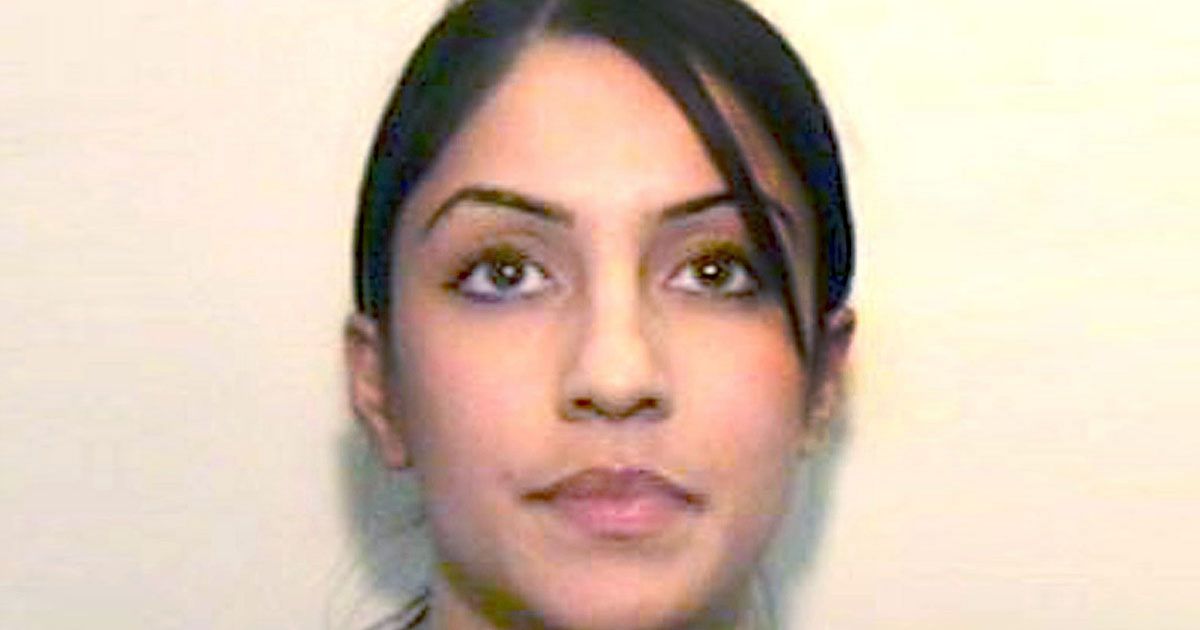 The town of Manchester in England was greatly shocked by the discovery of a 17-year-old pregnant teen, Sana Ali, who had been murdered in her own home. The body was stabbed 43 times, with a few stabs planned to kill her unborn baby. The investigators quickly discovered that the heinous crime was committed by Mindy Sanghera, who had an illicit relationship with Sana’s husband, Sair Ali.

Though Mindy had been convicted and imprisoned, the evidence against her remains largely circumstantial. Investigation Discovery’s ‘Deadly Women: Cling ‘Til Death’ meticulously documents the case and exhibits the details of the ensuing investigation and trial. So, who is this Mindy Sanghera and where is she now? Let’s find out.

Who is Mindy Kaur Sanghera?

Born into a hardworking Sikh family, Harmohinder Kaur “Mindy” Sanghera was a meritorious child. The youngest child of Paul, a postman, and Suki, a worker of the local Marks & Spencers, they resided in the town of Solihull in West Midlands County, England. Described as an “intelligent and independent young woman”, Mindy had scored straight A’s and was in the third year of her course at the dentistry school of Birmingham University.

Mindy met Sair Ali, a businessman who ran a mobile phone business, at a nightclub in 2005. They started meeting in hotel rooms, and eventually, Mindy wanted to marry Sair. However, Sair told her that his family would not accept their religious difference — Mindy being a Sikh and Sair, a Shia Muslim. The relationship continued for nearly two years until March 2007, when Mindy found out that Sair had married his first cousin, Sana Ali, in December 2006. She also learned that Sana was 11 weeks pregnant, bearing Sair’s child.

As per the court documents, in a fit of “jealousy and desperation,” Mindy went to confront Sana at the £500,000 Ali residence in Bury, Greater Manchester, on May 10, 2007. Sair, who was 11 weeks pregnant then, was later found dead with reportedly 43 stab wounds on her body and the murder weapon, a 6.5in (17cm) kitchen knife, lying beside her. She was in her bedroom when the assault happened, and blood spots were found on the wardrobe doors. The police initially thought it was suicide, but a more detailed investigation and the manner of wounds suggested that it was a probable homicide.

The defensive wounds suggested that Sana had been murdered. The initial suspicion fell on her husband. However, as Sair had gone to the mosque for prayers when the incident occurred, he was cleared off the suspect list, and the suspicion then fell on Mindy. The authorities found no forensic evidence tying her up with the murder. Furthermore, no blood was found on Mindy’s mobile, car, or any clothing worn by her on the day.

However, it was stated at Mindy’s trial that apart from her confessing to confronting Sana, an up and a down footprint near the window in the kitchen placed her at the crime scene. She was arrested on the charges of the murder of Sana. A Manchester crown court jury convicted Mindy, then 23, of first-degree murder in November 2007. She was sentenced to life in prison without no chance of parole until she had served 14 years of her sentence. During the trial, Sair told the jury that Mindy used to constantly pester him about his sexual relationship with his wife. He added, “There was a box inside which she’d just turn to. She used to say, ‘Right, time for the question box’.”

Mindy maintained her innocence, claiming she only wanted to “tell all and end the affair” and had left the house after coming clean to Sana. As he passed the sentence, Judge John Saunders told Mindy that he had regarded the “degree of planning and premeditation” that had gone into the crime. The judge further added, “She [Ali] was trying to make her marriage work and she was 11 weeks pregnant at the time of her death, a fact of which you were well aware. You waited until you could be sure nobody was in the house. You tried to disguise her death as suicide. That was unsuccessful because she fought to save her life.”

Where is Mindy Kaur Sanghera Today?

Since her conviction, Mindy Kaur Sanghera has been serving her life sentence at the women’s cell in Foston Hall, Derbyshire. However, in October 2014, photographs emerged showcasing her fully decked up and in full make-up, trying out different poses in the carpeted landing and prison garden. As per reports, Mindy enjoys her own cell equipped with radio, TV, Washing facilities, and kettle. The photos have kicked up a controversy, with many raising questions about whether convicted killers should be allowed to enjoy such privileges.

On the other hand, Mindy’s legal team claims they unearthed what they believe to be “compelling new evidence.” According to her defense counsel, Mindy could not have escaped through the kitchen window, as claimed by the prosecution, without leaving forensic traces. They also claim that an analysis of mobile phones has revealed that anonymous person(s) have accessed or used Sana’s phone after Mindy had left the Ali residence.

In a to the Criminal Cases Review Commission submission, Mindy’s lawyer, Julian Young, said that the analysis of the mobile phones “puts an almost totally different complexion on the case.” He further added, “It is submitted that the evidence points strongly to the fact that whoever accessed the mobile telephone was the murderer.” The commission, which refers cases to the Court of Appeal, is “actively pursuing” new lines of inquiry. Mindy’s father, Paul, said, “We have never doubted Mindy’s innocence. She will never get her lost years in prison back but she can be vindicated.” As per official court records, Mindy is presently incarcerated in the women’s cell in Foston Hall, Derbyshire.