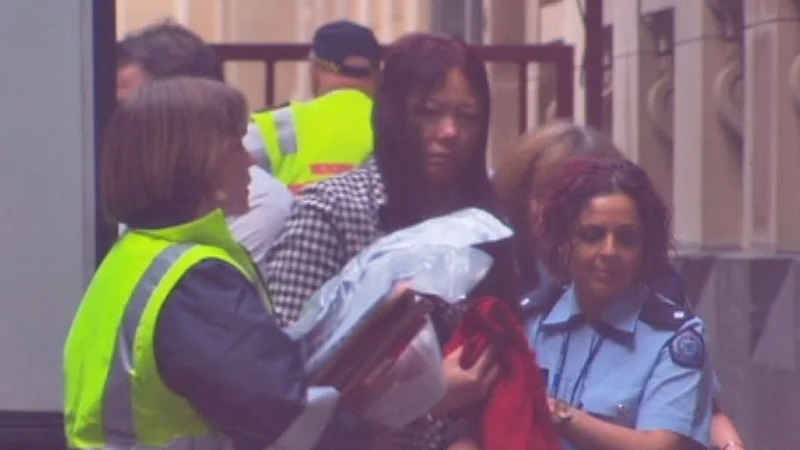 Investigation Discovery’s ‘Deadly Women: Anger Mismanagement’ follows the brutal murder of a young mother, Selina Lin, in the Australian city of Bundoora in May 2012. A strictly traditional and conservative Huajiao Zhuang wanted her daughter-in-law, Selina, to respect her and her Chinese cultural traditions. However, Selina, an Australian native since her teens, refused to bow down to her whims, and the tension between the two culminated in her murder at the hands of Huajiao. So, who is this Huajiao, and where is she now? Let’s find out.

Huajiao Zhuang was born in the Fujian province of China and had a childhood filled with extreme hardship and severe poverty. She had to go into hiding to give birth to her five children to evade the strict one-child policy of China. Court documents state she had little formal education and could speak almost no English. As per local news reports, Huajiao gave birth to her son, Rong Ping “Peter” Zhuang, in a pigsty to escape Chinese authorities. Her son migrated to Australia and held an Australian visa.

Dan “Selina” Lin was born in the Fujian province in 1990 and was sent to Australia in 2007, while her mother, Shui Ying Cheng, migrated to Taiwan seeking employment to pay for her daughter’s school fees. When Selina and Peter were married, Huajiao was initially enthusiastic about the marriage. However, things changed when she came to the family home at Bundoora, a Melbourne suburb, in 2010. She had come to look after Selina during her pregnancy out of her belief that it was her duty to look after them.

As per court documents, the relationship between the mother-in-law and Selina began to deteriorate after the birth of her son, Alfred. Growing up in a conventional environment, Huajiao had a traditional look toward her life. The young mother soon began to feel overwhelmed by the cultural expectations her mother-in-law required of her and Peter. According to court testimonials, she had even confided in a close friend about how Huajiao “interfered too much in her marriage” and how it was “causing difficulties.”

Owing to too much interference, Selina allegedly sought to distance her family from Huajiao and even opposed her coming near, touching, or playing with Alfred. The court observed, “It is clear that Selina did not like you, and she resented your interference in her marriage. At times she was prepared to stand up to you and refuse to comply with your wishes.” As the relationship between the two degraded over the months, it reached its zenith on May 3, 2012. Huajiao and Selina had a bitter argument as the latter was preparing a bath for her son, and the senior woman brought a hammer and bashed her daughter-in-law to death.

The prosecution alleged the infant son, Alfred, was a witness to the heinous crime, as Huajiao proceeded to place Selina’s body in a nylon suitcase before putting it in a wheelie bin of a neighbor. She left it in the backyard and proceeded to dispose of the body by rolling the container about 700 meters to Darebin Creek and dumping the corpse into the water in the early morning hours of May 4.

Where is Huajiao Zhuang Today?

In her August 2014 trial, Huajiao Zhuang’s defense counsel claimed she had murdered out of self-defense, alleging it was Selina who brought the hammer. However, the court refused to believe her version and observed, “Because of your argument which arose between the two of you … your underlying feelings of hostility and enmity towards Selina boiled over, so much so that you erupted in an uncontrolled fit of violent rage towards her.”

The prosecution also stated how Huajiao bashed the hammer at least 33 times into Selina’s head and even hit her body and limbs. According to court documents, Huajiao wanted her son to divorce Selina since she believed her son could earn “hundreds of thousands of dollars” if he married another Chinese woman owing to his permanent Australian residency. In August 2014, she was sentenced to 18 years in jail, with a minimum of 13-and-a-half.

The Director of Public Prosecutions appealed the sentence, and the Victorian Court of Appeal increased the punishment in May 2015 to 22 years, with a non-parole period of 17 years. In February 2016, she was ordered to pay $110,000 in compensation to Selina’s mother, Shui Ying Cheng, after the latter filed a case in court. Huajiao, in her late 50s, is serving her sentence at some Victorian jail and faces deportation to China after completing her jail time.

Read More: Barbara Nantais Murder: How Did She Die? Who Killed Her?