Where is Servant of the People Filmed? 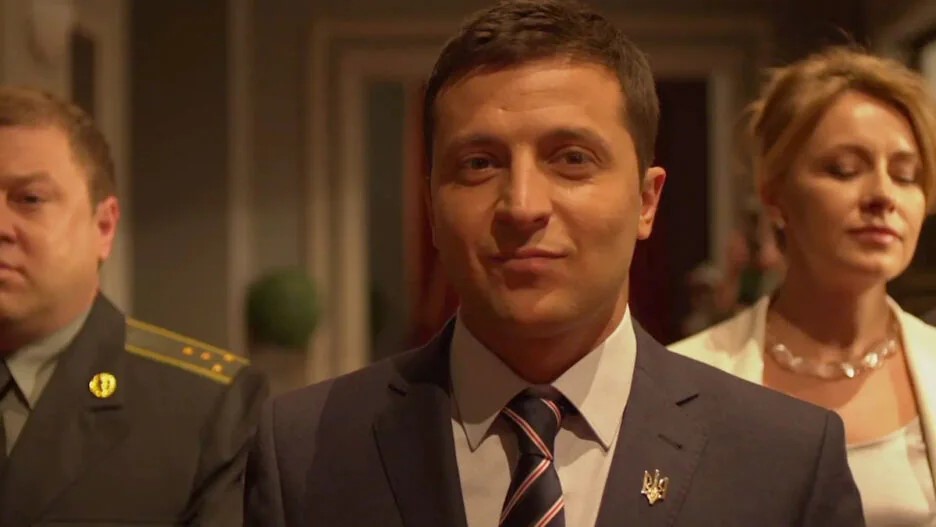 Created by Volodymyr Zelenskyy, ‘Servant of the People’ is a Ukrainian political satire comedy show about Vasily Petrovych Goloborodko. As a history teacher, Vasily is passionate about the political happenings within the country. One day he delivers a profane rant in the school about the corruption within Ukraine’s administration. He does not realize that one of his students is filming his outburst and later posts it on the internet. The video makes the teacher widely popular, leading to Vasily being elected as Ukraine’s president.

The series has garnered local and international recognition due to its unique premise and Zelenskyy’s real-life term as Ukraine’s president. Apart from the almost prophetic nature of the series when it comes to the comedian’s life trajectory, the show is also known for its hilarious punches and on-point visuals. The backdrops within the scenes help portray a realistic version of events leading to the satire being as captivating as possible. If you want to know where the show is filmed, we have all you need to know!

Servant of the People Filming Locations

‘Servant of the People’ is filmed primarily in Kyiv, Ukraine. The shooting for the first season of the series lasted until the Fall of 2015. In August 2016, the production company started filming season 2 of the political satire. Let’s take a closer look at the details of the filming location.

Kyiv, the capital of Ukraine, served as the primary production spot for ‘Servant of the People.’ Given the political theme of the series, filming within the country’s capital seems to be the most appropriate. The city has a rich history dating back 1500 years ago. The origins of the city are shrouded in mythical legends and inconclusive data. Nevertheless, since its establishment along the banks of the Dnieper River, Kyiv has served as a prominent location for monarchs and traders.

Throughout history, Kyiv has remained a central point between many empires and one of the prominent points of contact for the Eastern Slavic nations. The city also served as the primary location for the Christianization of Kievan Rus’ and the establishment of Eastern Orthodox Christianity. The region’s rich culture can be attributed to its large population and geographic significance. Given its influence across Eastern Europe, Kyiv was regarded as one of the jewels of the Soviet Nation. However, following the dissolution of the Soviet Union in 1991, Kyiv became the capital of the newly formed nation of Ukraine.

Due to its status as the country’s financial and political center, Kyiv became integral to Ukraine’s entertainment industry. Kvartal 95 Studio, founded by Volodymyr Zelenskyy, Serhiy Shefir, and Boris Shefir, is also located within the city. The production company is responsible for bringing the political satire show to the public. Apart from Kvartal 95, several other filmmakers have also lensed their projects within Kyiv, like ‘Chernobyl‘ and ‘The Last Mercenary.’

Read More: Is Servant of the People Based on the True Story of President Zelenskyy?