Where is Shepherd Filmed? 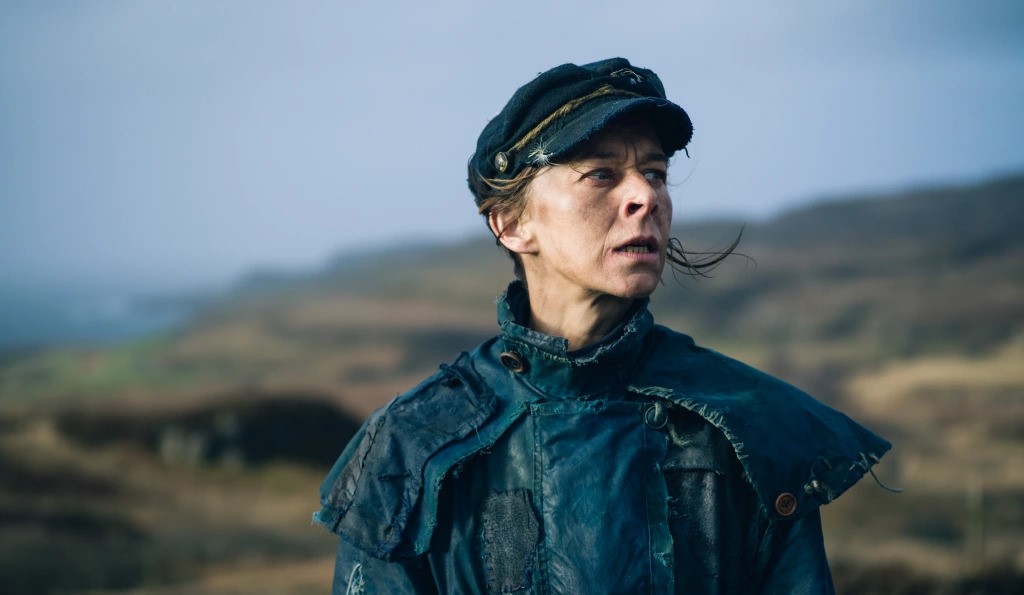 Written and directed by Russell Owen, ‘Shepherd’ is a British horror drama movie that revolves around a widower named Eric Black after the recent death of his pregnant and supposedly adulterous wife, Rachel. To get away from the recurrent nightmares about Rachel, he starts working as a shepherd on a desolate Scottish island. However, things don’t go as planned as Eric encounters the presence of a vengeful supernatural force, which drives him to the brink of insanity.

The thrilling and mysterious narrative keeps the viewers biting their nails from the beginning to the end. Moreover, the bleak landscape of the island adds a sense of foreboding and eeriness that elevate the horror element in the film. So, if you wish to learn about the locations that feature in the movie, we are here to appease your curiosity!

‘Shepherd’ was filmed in Scotland, England, and Wales, specifically in the Isle of Mull, Glasgow, Dumbarton, Essex, and North Wales. The fact that most of the exterior scenes were shot on location in Scotland makes the narrative seem genuine and all the more haunting. The principal photography for the horror drama reportedly commenced in February 2019.

The first half of the filming process, which was done in Scotland, was completed smoothly, but it seems that the COVID-19 pandemic hindered the production for quite a while. This might be the reason why filming wrapped up in August 2020. Now, let’s navigate through the places that lend an eerie ambiance to the storyline.

The production team traveled to the Isle of Mull AKA Mull to tape a majority of the outdoor shots for the horror film. The second-largest island of the Inner Hebrides is surrounded by several mountain ranges, making it a beautiful filming site. Ben More is the highest peak on the island, which stands at nearly 966m or 3,169 feet. Some pivotal sequences were lensed at the gigantic peak.

In early 2022, director Russell Owen revealed that the original plan was to film at Pinewood Studios in South Wales, but they scoured for a location with the right elements all across Wales in vain. He explained, “I drove all the way round, the wrong way, couldn’t find anywhere suitable, then turned a corner and saw the Benmore Estate in Mull, which was on the opposite shore of a loch and that was it. I saw the opening shot with the three mountains.” Although the location posed logistical challenges, he claimed it was all worth it.

Furthermore, Owen even said, “It was really important because it [island] was a character in the film and casting is so important, but the island is also a member of the cast. We were very lucky, with the weather and things like that, it did pay off in the end.”

After shooting on Mull, the production team traveled to other parts of Scotland, including Glasgow and Dumbarton. The most populous city in Scotland, Glasgow is located on the River Clyde in the West Central Lowlands. A majority of interior scenes for the horror drama were lensed at the BBC Scotland Studios located at Gooseholm Road in Dumbarton. In addition to the 18,000 square feet of studio space, it offers space for building and construction. Some notable credits of the studio are ‘River City,’ ‘Shetland,’ and ‘Millie’s House.’

On the other hand, Lodestone Works, located at 14 Meadowbank Street in Dumbarton Studios, seems to be another prominent production site. It is essentially a co-working office space and art studio but was utilized to record a few sequences for the film. In early April 2019, the cast and crew members wrapped up the Scotland leg of filming and moved to other places to continue shooting.

To film the underwater scenes in the movie, the facilities at The Underwater Studio were used. Situated at Archers Fields, Burnt Mills Industrial Estate in Basildon, Essex, the studio is known to be the only purpose-built permanently filled and heated underwater film studio in Europe with a removable roof, making it one of the most preferred studios to film underwater sequences for movies and TV shows.

The production team of ‘Shepherd’ also made a short stop in the region of North Wales to get some additional recording done for the horror movie. The region is surrounded by many mountains and valleys, which worked in favor of the production team as it helped create an apt setting for the narrative. It is home to the famous Snowdonia National Park, which is a popular filming site.