Where is Somebody Feed Phil Season 3 Filmed? 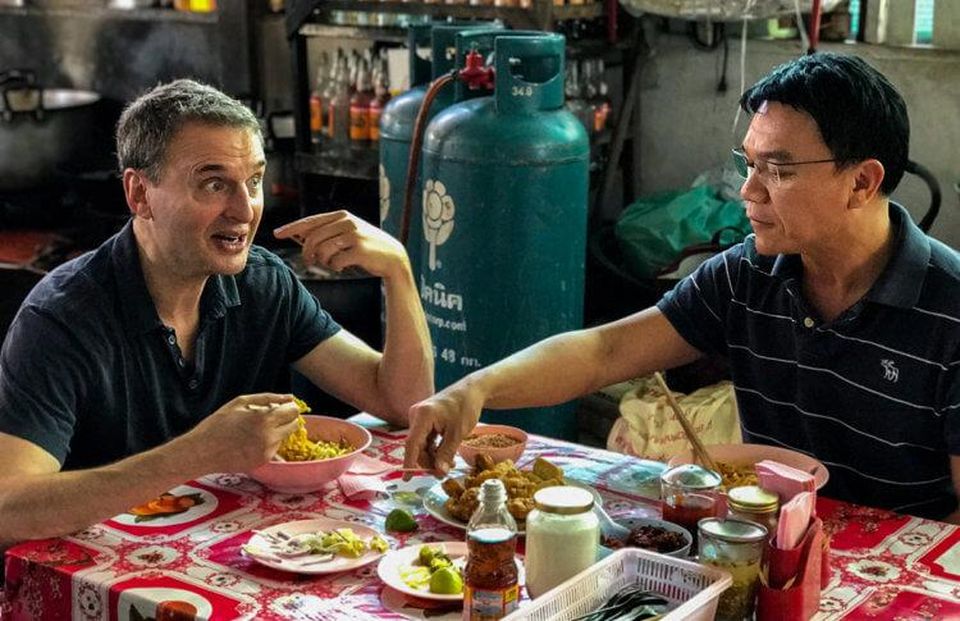 Food shows come in a variety of different flavors, textures, and cuisines. There are cooking competition shows like ‘MasterChef,’ and there are series where struggling restaurants receive a makeover. Another common type of food shows is travel food documentaries. Such shows often prove to be the most satisfying as they take viewers on a culinary journey to various places. ‘Somebody Feed Phil‘ is yet another travel-food documentary with a similarly wholesome appeal.

‘Somebody Feed Phil’ is considered to be the spiritual successor to ‘I’ll Have What Phil is Having,’ another travel-food documentary with the same host. Both the shows star Philip Rosenthal. Outside of the food shows, Rosenthal is known for having created, written, and produced the popular sitcom, ‘Everybody Loves Raymond.’ Moreover, he has also worked on productions such as ’30 Rock,’ ‘The Simpsons Movie,’ and ‘The TV Set.’

In the third season of ‘Somebody Feed Phil,’ Philip Rosenthal travels to a host of exotic places to try out different kinds of food. He visits Marrakesh, Chicago, London, Seoul, and Montreal. This set of places proves to be a healthy mix offering much-needed variety for the third season. Have a look at the following tweet:

As you can see, Philip Rosenthal is seen having wings with Eric Nam in Seoul, South Korea. Nam is a K-pop star and television host. At Seoul, Rosenthal also tries tteok-bokki, crab, and gobble-fried chicken. Next, have a look at the following tweet:

As you can see, in London, Rosenthal visits The Wellington. According to local sources, he tries fish and chips and various other kinds of food like venison nosh. Moving on, take a look at the tweet below:

In the city of the big shoulders, at the pizzeria with the deep dish, @PequodsPizza in #Chicago. Season 3 Friday May 29 ♥️ @netflix pic.twitter.com/Ej6EyYzE0P

As you can see, Rosenthal heads to Pequod’s Pizza on Clybourn Avenue in Chicago. Obviously, he tries a deep dish pizza there. Apart from that, in Chicago, Rosenthal also tries hot dogs and tasty pies. Then, in Montreal, Philip Rosenthal is seen savoring some bagels and chicken. Yum! Moreover, he also visits a Japanese restaurant, Park, as proven by the tweet attached below: