Where is Sterling Van Wagenen Now? 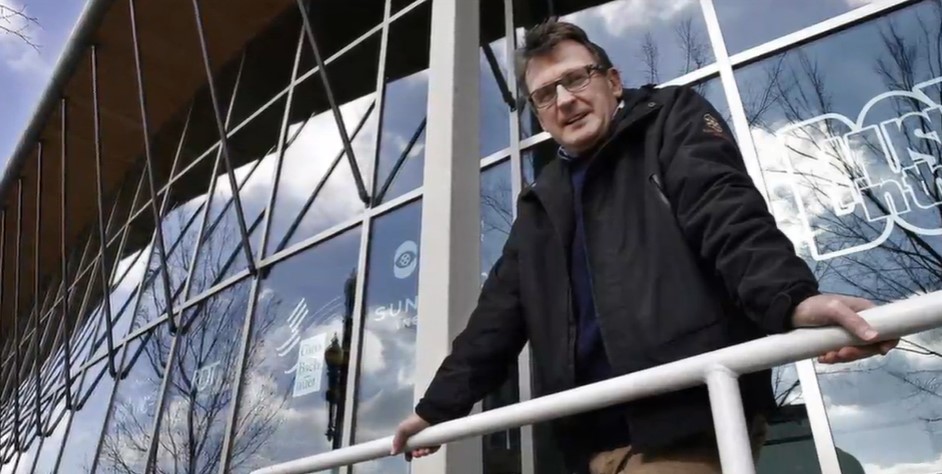 Investigation Discovery’s ‘I Went Undercover: The Sleepover’ focuses on what happened to Sterling Van Wagenen, once a respected member of the movie community and the co-founder of the Sundance Film Festival in Park City, Utah. In 2018, a man named Sean Escobar confronted Sterling regarding the alleged abuse the filmmaker perpetrated on him when Sean was a teenager. This led to several developments that ultimately ended with Sterling going to jail. So, if you’re curious about what happened, we’ve got you covered.

Who is Sterling Van Wagenen?

Sterling Van Wagenen lived in Salt Lake City, Utah, and was a prominent member of the Latter-day Saint community. In 1978, he co-founded the Utah/US Film Festival that eventually became Sundance. About three years later, Sterling became the first executive director of the Sundance Institute. Apart from that, he directed a few films and documentaries, including ‘The Trip to Bountiful,’ which landed Geraldine Page an Oscar in 1986.

Back in 1993, Sean Escobar was a 13-year-old living in Salt Lake City. He was friends with Sterling’s sons and had gone to their house for a sleepover. According to Sean, he was sleeping on a couch in the basement when the alleged abuse happened. Sean alleged that Sterling’s hand was in his pants, stroking Sean’s genitals. He pretended to be asleep and stirred, with Sterling pulling away. However, this was repeated two more times.

After the third time, Sean said he ran to the bathroom and locked himself there, staying there for the night. The following morning, Sean told his family about it, who then spoke to a Mormon bishop, who suggested they let the church handle it. At the time, Sterling confessed to the abuse to the church leaders and the police (saying he only touched Sean “sexually, inappropriately” over his clothes). However, no legal action was taken against him. He was only disfellowshipped from the church for about two years.

Sean decided to confront Sterling more than two decades later after much trepidation. He secretly recorded the meeting in 2018 where Sterling, yet again, admitted to the sexual abuse. The recording, later published, has Sterling saying, “I’m so sorry I did that damage to you. It was a really dark time for me.” He added that his production company wasn’t doing well financially, and that night, he asked his wife for a divorce.

The recording had Sterling further saying, “That night, I was acting out sexually, and that’s what was going on with me. The pain was just so great. I was trying to find a way to make a connection, a way to stop the pain. You were the victim; I’m so sorry for that.” Sean eventually published the recording online, leading to Sterling’s resignation from the position of a professor at the University of Utah.

Where is Sterling Van Wagenen Today?

In April 2019, Sterling, then 71-years-old, pleaded guilty to two counts of sexually abusing a young girl. The incident became public after Sean’s recording was published. He admitted to molesting the young girl between 2013 and 2015 when she was between 7 to 9 years of age. The little girl told her parents about Sterling touching her on two different occasions, with one incident involving him touching her under the clothing.

In July 2019, Sterling was sentenced to six years to life in prison. While in court, he said, “It’s clear that any kind of apology I can make is meaningless at this point. So I am not even going to attempt one. I want you all to know I feel the consequences of what I’ve done. I feel them deeply.” Prison records indicate that Sterling remains incarcerated at the Utah State Prison in Draper, Utah. He hasn’t been involved with the Sundance Film Festival since 1993.