Where is Survivor Cheri Tate Now?

Investigation Discovery’s ‘Evil Lives Here: He Was Born Evil’ follows the story of Cheri Tate, a resident of Tampa, Florida. She was the former wife of the convicted killer, Edward Allen Covington, on death row since 2015 after slaying his erstwhile girlfriend, her two kids, and the family dog. Cheri recounted how Edward tortured her over the years before she finally fled. So who is Cheri, and where is she now? Let’s find out.

Who is Cheri Tate?

Cheri Tate recounted on the show how she met Edward “Eddie” Allen Covington in a Florida bar in 1993 while working as a bartender. She had butterflies in her stomach and felt a “strong connection” with him almost immediately. However, she did not pursue her feelings as she was in a committed relationship back then, and they parted ways. But faith had different plans, as she bumped into Eddie again in the bar after seven long years in 2000. 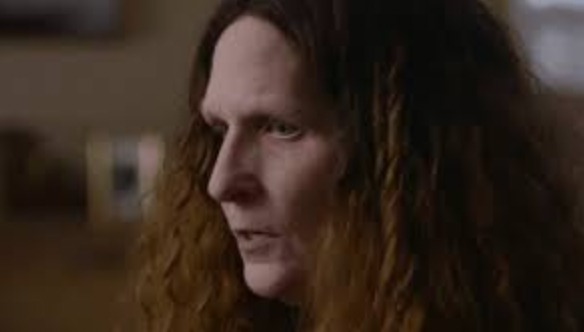 Cheri said her feelings were rekindled when they met, and they hugged each other “for the longest time.” They picked up their relationship from where they had left it seven years ago, with Cheri thinking his coming back into her life was “a sign from God.” They planned on moving together, but one of her friends, a co-worker, warned her not to. Cheri stated how her friend met her in the bar’s backroom and told her she had a gut feeling that “something was not right” about Eddie.

Cheri recounted how the friend asked her not to move in with him, but Cheri dismissed her apprehensions as a fit of jealousy about the relationship she and Eddie shared. Eddie hailed from a good family and worked as a corrections officer at the prison. At that time, Cheri was too much in love with Eddie to heed the warnings from her friend. Retrospecting now, she said her friend was right, admiring her ability to “see through him” and realize the monster he was.

According to the show, Cheri had a felony drug charge before she had met with Eddie and was awaiting conviction. She recounted how Eddie came up to her and explained they would not be able to see each other anymore. They had to get married before she got convicted so the authorities could not drive a wedge into their relationship. However, Cheri did not plan on getting married too soon and felt the whole thing was being rushed.

Cheri alleged Eddie blackmailed her into marrying him at the county courthouse, stating she would get married if she truly loved him. On the wedding day, Cheri felt extremely sick – almost as if her body was revolting against the idea. She remembered how she hesitated during the ceremony and would have almost walked away if not for Eddie’s strong persuasions on getting married. Today she chalks down that sickness as a form of “gut feeling” and regrets not acting on it.

Where is Cheri Tate Today?

Cheri recounted how the marriage was the “beginning of the end” for her as Eddie began revealing his darker side. One night, the newlyweds were watching a movie when a Russian roulette scene came up. It prompted Eddie to tell her how he had held a gun to his sister’s head when they were fighting as teenagers. Initially, Cheri did not believe him and laughed it off until his sister confirmed the story later.

Cheri said, “In the beginning, he didn’t hit me, and I didn’t see him get violent with a woman.” However, one day he snapped over some trivial issue and punched her in the eye and jaw, laughing when she threatened to call the police. Her background as a felon and a troublemaker proved to be a deterrent for the authorities and even her mother to believe Cherri when she accused Eddie of domestic violence. Instead, her mother sided with Eddie, and the police allegedly arrested her several times more on such false charges of being violent against Eddie.

Cheri also alleged him of attempting to force her to have nonconsensual sex with one of his friends once, though it never materialized after she got deliberately drunk and sick. She even fled to her friend’s home once after Eddie called the cops again before beating her. She recounted how she had to escape through the backdoor when Eddie tracked her down and waited outside. She even accused him of dismembering her pet cats when she threatened to leave him, though no criminal charges were filed.

Cheri started living with her mother and had a restraining order against him, but it did not deter Eddie. He continued to call her and even broke into the home one night and stood a few feet away from her bed while she was sleeping. He explained he wanted their marriage work, complaining about Lisa Freiberg and her kids who had moved in with him. He even pulled out a gun on Cheri and her mother once and had her nearly arrested after falsely accusing her of abusing him. Eddie continued to stalk and call her even after she changed her number several times.

Cheri’s nightmare concluded after Eddie was arrested on charges of murdering Lisa, her two children, and their family dog in May 2008. He received three death sentences for the murder convictions in May 2015 and remains on death row. Cheri says Eddie destroyed her ability to get close to loved ones again and feels guilty for not warning Lisa about him. According to her Facebook profile, Cheri resides in Tampa, Florida.